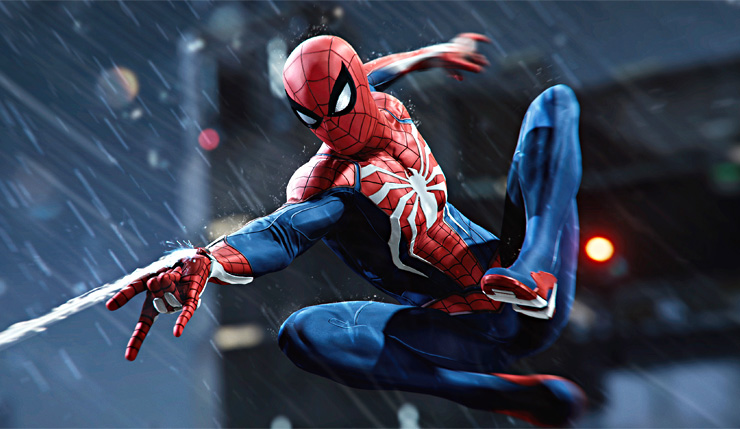 Rarely, if ever, has a licensed game been shrouded in as much secrecy as Spider-Man for the PS4. Sony and developer Insomniac Games have been exceptionally careful about meting out information about their comic book adventure, but with a 2018 release imminent, they finally let reporters and fans go hands-on with the game at E3 2018. The demo offered free reign over a sizable chunk of the game's open-world, giving players a chance to web-sling to their heart's content, punch out thugs of various types, and even take on a classic supervillain.

You won’t mistake Spider-Man’s virtual Manhattan for real life, but the open world is clear, sharp, and attractive running in 4K via temporal injection on the PS4 Pro. Spidey’s animations are usually impressively smooth, although I did detect occasional framerate drops when I climbed to high peaks that gave me a particularly wide view of the city. Hopefully those issues will be cleaned up for launch.

As you would expect, Spider-Man is all about verticality. Sure, you can hang out with the common folk at street level if you want, but you'll spend most of your time leaping, bounding, and swinging between sky-high rooftops. This leads to plenty of electrifying moments -- swinging low over busy streets in a scene ripped directly from the 2000s Sam Raimi movies or sprinting like Usain Bolt directly up the side of a building is a giddy thrill. That said, traversing Spider-Man's urban jungle isn't without its faults.

Once you're done using Manhattan as a jungle gym and attempt to get someplace specific, you may find your journey isn't as smooth as anticipated. R2 lets you web-sling in classic fashion, X jumps and, when in the air, allows you zip directly to certain points, L3 sends you into a momentum-building plunge, and, of course, you can climb or run up any wall. A nice collection of abilities, but how they work together isn't immediately intuitive.

Often, just as I was getting into a good web-slinging rhythm, I'd run out of buildings (your web lines actually have to attach to something, no cloud swinging here), start plummeting, then desperately zip to the nearest point to avoid getting up close and personal with the pavement. The game doesn’t have fall damage, but tumbling all the way to street level is annoying, not to mention a bit embarrassing. I’d just saved my pride, but the zip point would change my direction, sending me off course. Combine this with the fact that objective markers quickly fade from view, and I'd often find myself turned around. Rather than fluid and acrobatic, traversal in Spider-Man sometimes feels a bit start-and-stop.

And yes, before you complain, I realize there's going to be room for greater mastery. That the fluidity I was hoping for will likely come with practice. Some of the moves being pulled off in Sony’s official video up above are certainly impressive. I also wouldn't call traversal bad, by any means, it just isn’t perfect. Still, a fully-empowering web-slinging experience wasn't immediately accessible, which is surprising given Insomniac's pedigree and history with games like Sunset Overdrive. 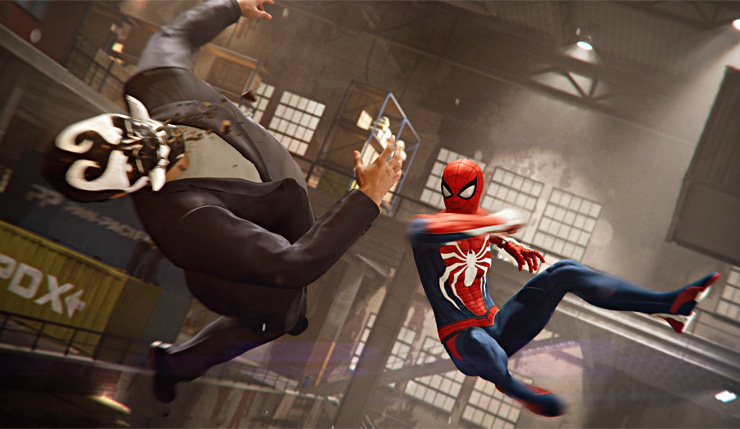 Thankfully, if Spider-Man's web-slinging fell a few inches short of my expectations, the game's combat far exceeded them. Unsurprisingly, Spider-Man takes a page from the Arkham series  – you bound between enemies, attack, dodge, counterattack -- but Insomniac has added an impressive new level of polish to the system. Dodging attacks feels smoother than in the Arkham games, and Spidey’s blows pack that proper “proportional strength of a spider” punch. Holding down the attack button to launch an enemy, juggling them in the air, then sending them flying with a big final blow is particularly satisfying.

What really elevates combat to the next level are the myriad of ways you can use Spidey’s webbing. You can quickly close the gap by latching onto enemies, bind them with rapid-fire shots,  unleash a web bomb from above, or pull down scaffolding and other objects onto their unsuspecting heads. And I’m sure that’s only scratching the surface. Web use is largely contextual and never feels confusing or cumbersome. Spider-Man does an excellent job of putting you in Peter Parker’s superpowered shoes, making combat feel effortless, but not unchallenging.

Spider-Man’s Manhattan feels like a fairly typical open world. When perching atop certain high points, you can scan the area, revealing mission markers of various types. The E3 2018 demo only allowed players to explore a relatively small chunk of Manhattan, but it still packed in a dozen or more objectives, including various petty crimes to foil (muggings, robberies), more challenging showdowns with the game’s various factions (Inner Demons, the Kingpin’s men), and even a battle against supervillain, the Shocker. 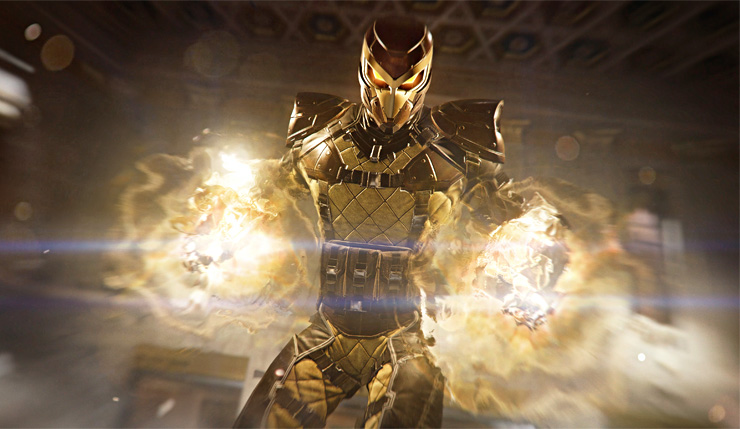 The Shocker showdown is a fun old-school boss fight, with the classic nogoodnik going through several phases and a variety of different attacks. A few minor camera issues did rear their head during the fight, but, for the most part, taking down Shocker piece by piece was an enjoyable challenge. This speaks well of Spider-Man’s potential – if even a relative lame-oh like Shocker can be the subject of a complex, satisfying boss fight, then Insomniac can populate the game with any number of second-string villains. Hopefully a good selection of B-string baddies from the Tinkerer to Paste-Pot Pete are lurking around.