It has only been a couple of days since Apple finally released iTunes 11 for Windows and Mac. This major update of the iTunes software brings some much needed features and improvements. Recently there have been rumors about Apple launching a music service. We have heard this from a couple of sources. There is speculation that Apple might officially announce this service at the special Apple iTunes Event it is going to conduct in Red Square, Moscow tomorrow. 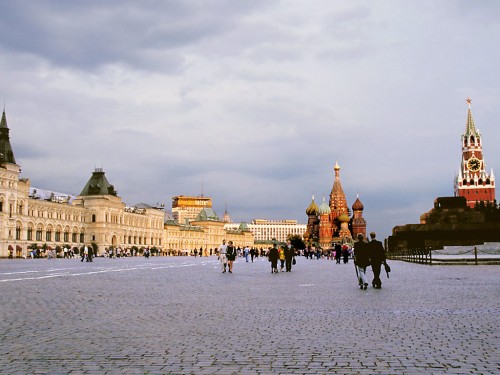 Don't expect it to be a full fledged Apple iTunes Event though, like the one's we have seen taking place in California or New York. It is going to be an intimate gathering as Apple has only sent out a small number of invitations. This special Apple iTunes Event will be conducted at a shopping center named GUM in Moscow, Russia. It is not surprising to see Apple arrange an event there as the company has been focusing on the lucrative Russian market for both its software and hardware products.

This release is taking place at an important time. Bear in mind that Apple intends to officially release iPhone 5 in 100 countries by the end of this month, Russia is one of those countries. Up till now the iPhone 5 has been doing very well in the market with millions of unit sold across the globe already. Analyst estimate that Apple will at least sell 50 million iPhone 5 in this quarter. The Russian market is a lucrative one and surely Apple wants to capitalize on that.

A number of reports indicate that Apple may also offer music content at very low cost in Russia, just to get the ball rolling there. Obviously all of this will become clearer once the Apple iTunes Event is done taking place tomorrow. For Russians though, its a time get psyched, Apple is definitely focusing on their market.