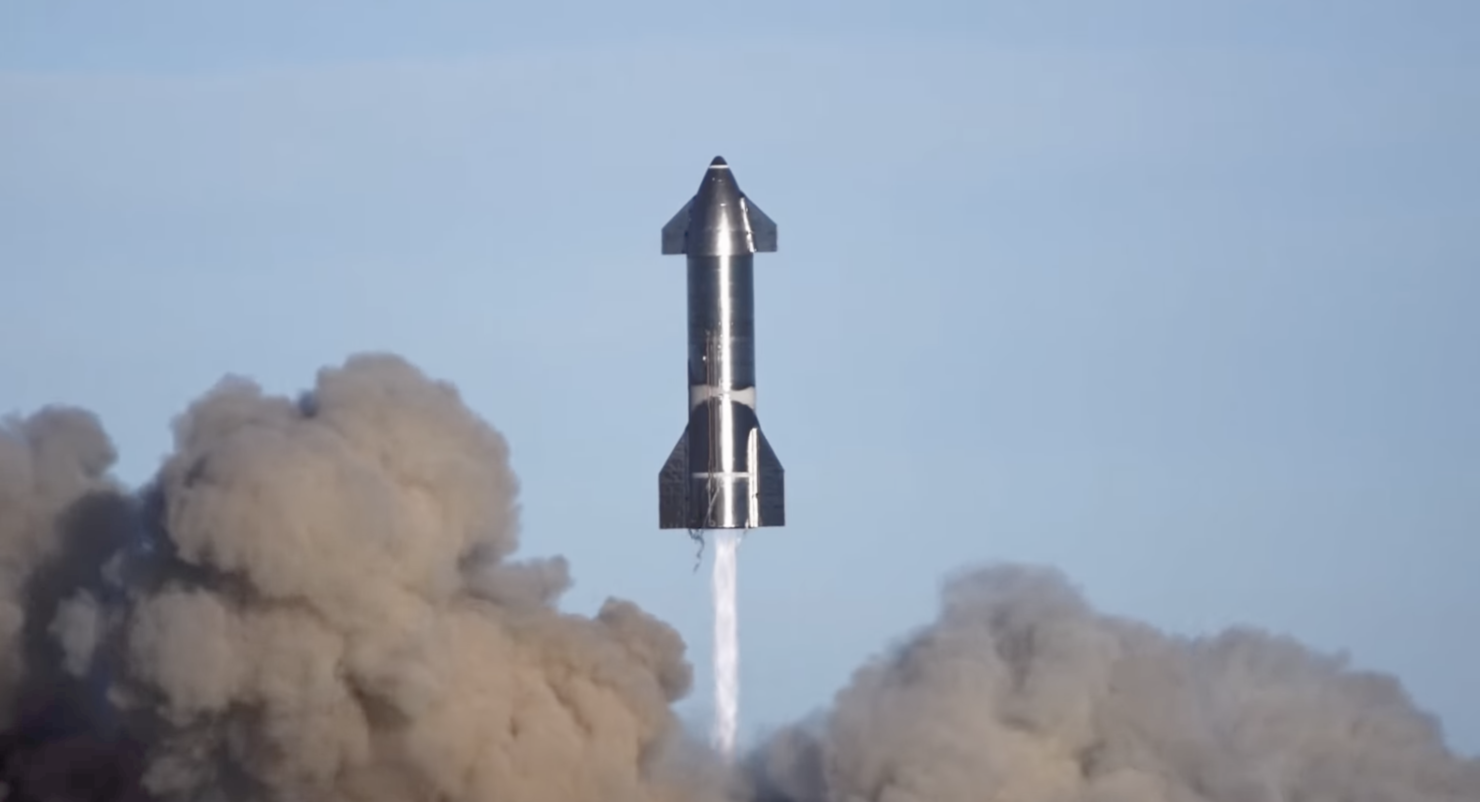 The Starship SN8 prototype as it takes off for its test flight in December 2020. Image: SpaceX/YouTube

Space Exploration Technologies Corp. (SpaceX) is well on its way to conduct a second test of its Starship next-generation launch vehicle platform. SpaceX tested the platform's SN8 prototype in December, marking the first time that an upper-stage test vehicle flew to a high altitude from the company's facilities in Boca Chica, Texas.

Following this, the company has now conducted crucial pre-testing activities for the SN9 prototype, including a static test fire. It has also managed to secure air traffic restrictions from the Federal Aviation Agency (FAA), with both of these developments presenting strong markers of a potential second Starship high-altitude test flight.

The prototype that SpaceX is likely to test over the next few days will further test the company's technologies for the second or upper stage of the Starship system. The entire platform consists of two stages, with the first stage being responsible for lifting the second out of Earth's gravity.

A key development that took place yesterday was when SpaceX test-fired the SN9's Raptor engines. This test, referred to as a static fire, is intended to evaluate the propulsion system's performance - often before a flight takes place. Through the testing, SpaceX makes sure that any potential problems are caught early on and therefore do not result in the destruction of the test vehicle later on.

The test-fire lasted for roughly two seconds and took place at 16:07 local time in Boca Chica, with its duration being shorter than such tests generally last for. When viewed together with fresh flight restrictions granted by the FAA, it suggests that another high-altitude Starship test flight might just be around the corner.

At this front, the agency has issued three fresh notices to airmen this week with restrictions of flight over SpaceX's test facilities in Boca Chica - restrictions similar to the ones that were in place when the company tested the SN8 prototype in early December. All three restrictions were made public on Tuesday, and they will be in place from Friday to over the weekend.

Following SN8's successful test, SpaceX planned to roll out SN9 within a week to its test stand. However, an accident damaged the prototype as it was stored inside its high-bay, and subsequently, the company had to delay its testing plans. A quick, successive test would have generated significant enthusiasm for SpaceX's new rocket system, and the company's willingness to move forward quickly also demonstrated its confidence for a successful prototype landing.

The SN8 prototype achieved most of its test objectives as it managed to reach the test's desired altitude, flipped horizontally and then returned to a vertical orientation, transferred the fuel flow to the Raptor engines from its main to secondary tanks. However, the prototype crashed on landing when insufficient fuel flow to its engine caused it to burn up and generate too little thrust for countering the force of gravity.

For the SN9, SpaceX C.E.O. Mr. Elon Musk has confirmed that the company will pressurize the secondary tank with helium. This pressurization ensures that the flow of fuel from the tank to the engines occurs at a consistent rate necessary for efficient combustion. However, in his tweet, Mr. Musk also clarified that his company is uncertain whether this approach will also be used for the final, production variant of the platform.