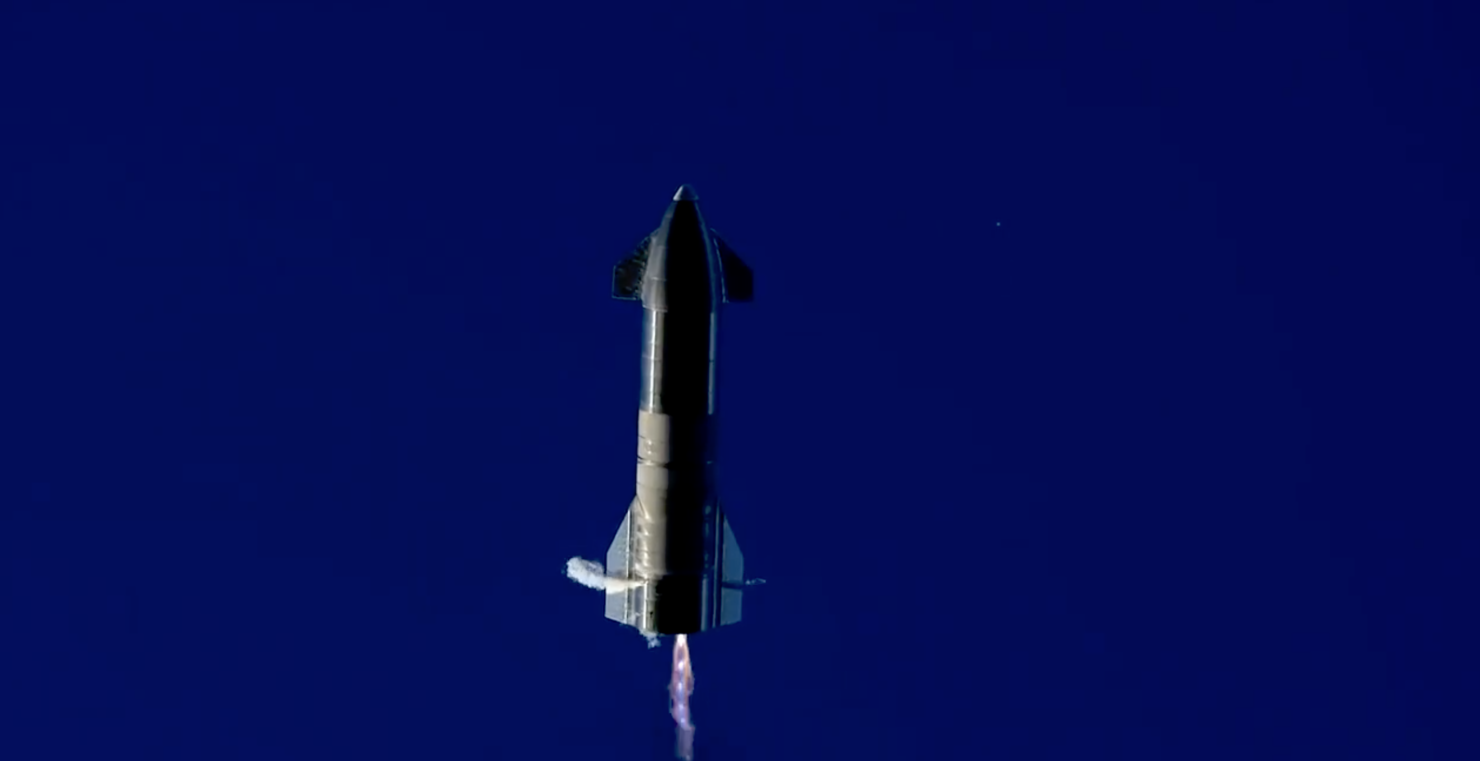 Late afternoon in Texas yesterday SpaceX conducted a key flight of its Starship SN8 prototype which intended to validate the design of the upper stage spacecraft of the next-generation launch system designed specifically for Mars missions. The SN8 was powered by three of SpaceX's Raptor liquid-oxygen, liquid-methane, gas-generator, staged-combustion rocket engines which are a brand new design over the company's Merlin 1D engines that power its launch-proven Falcon 9 rocket lineup.

They were at the center stage of yesterday's test, as two of SpaceX's three publicly stated goals for the testing involved the Raptor. These goals covered the engines' re-ignition to land the SN8 after it successfully flipped itself vertically and the propellant switch from SN8's primary to secondary tanks.

So, if you're wondering what the salient points of yesterday's test were and what key facts you need to know, head down below. The Raptor, as you'll see, is at the heart of these points, but it isn't the only thing that you need to know about SN8's historic test flight.

Green flames emanating from the Raptor engine six minutes and forty seconds after liftoff were the second sign during yesterday's test that perhaps SN8 wouldn't come out of its test flight in a single piece. Image: SpaceX

The three main elements of a rocket engine that work to raise its oxidizer and fuel pressure to an extent sufficient for generating one-way thrust are the inlet, the turbopump and the combustion chamber. The first two are responsible for diverting the fuel and oxidizer from the vehicle's tanks to the rocket's combustion chamber where the final, pre-thrust ignition takes place.

For the Raptor, it's possible that the engine's combustion chamber burned off as the fuel pressure from the vehicle's secondary (header) tank dropped and the proportion of Oxygen in the chamber increased. This is speculative as SpaceX has not confirmed that the combustion chamber uses copper (with a tweet last year from C.E.O. Musk insinuating that copper is present in the engine's chamber) but what is certain is that the green flame is from copper in the engine melting as the Oxygen started to combust.

Additionally, Musk has confirmed that the Raptor uses a nozzle cooling mechanism similar to the one found on the company's Merlin 1D engines. The Merlins have cooling tubes etched inside its nozzle and covered with a metal sheet, and according to the executive, the Raptor also uses such channels paired with an Iconocel jacket.

Since a rocket engine uses fuel and an oxidizer and as the former disappeared and the latter continued to burn, the engine itself started to melt and generated the green flame. On a side note, during the engine restart for landing, only two of the three Raptors restarted, and roughly eight seconds after this, one engine shut off - which might also have been due to SN8's landing parameters.

An image of Starship SN8 reorienting itself using forward-mounted reaction control thrusters. Exhaust from the thrusters is circled in red. Image: SpaceX

In addition to the prototype's forward and aft (rear) fins working for the first time to control its orientation for relanding, a small but integral part of yesterday's test was SN8's reaction control system also function for the first time on a Starship prototype. These thrusters are at the heart of SpaceX's Falcon and Dragon vehicles, as they reorient the former for a vertical landing and the latter for aligning itself with the International Space Station (ISS).

As opposed to details for the Raptor, SpaceX has been very tight-lipped about the RCS system. However, a tweet by Musk in February last year did explain that the company would use gaseous RCS thrusters on Starship as well, as opposed to the liquid hyperbolic ones that the Dragon uses.

The company's Falcon 9 rocket also uses gaseous (Nitrogen) thrusters for reorientation during landing, and like the thrusters on Starship work with its flaps,  the ones on the Falcon work with the vehicle's grid fins. While it's not clear whether Starship uses the same RCS thrusters as the Falcon does, what is clear is that attitude control is a feature Starship inherited from the Falcon. 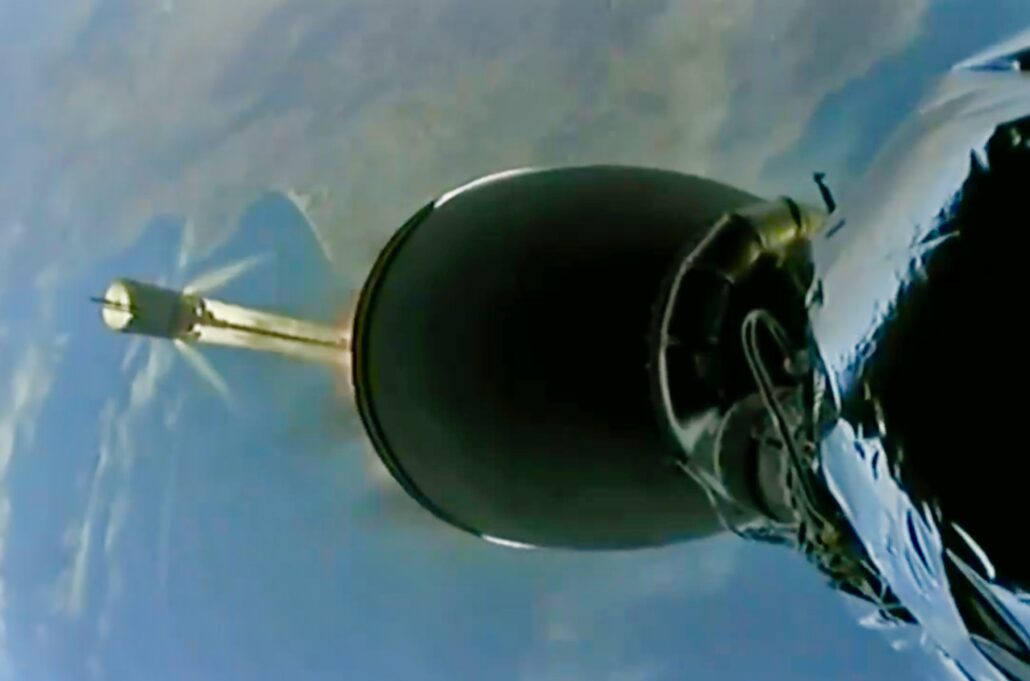 No, The Test Wasn't A Failure & What's The Next Big Thing For Starship?

Even though the test ended in a fireball, the test fully met two of SpaceX's test criteria and partially met the third. Before the test, Musk had outlined that he was looking forward to testing the fins and Raptor re-ignition - criterion that were fully met - and a transition from the main to the secondary fuel tanks, which might have been partially met if this transition was responsible for the loss of fuel pressure that resulted in the Raptor meltdown.

The next test for Starship should be SpaceX testing the SN9 prototype, which has a higher chance of relanding since SpaceX will be able to improve its vehicle after yesterday's test. However, the next big thing for Starship will be the test of its Super Heavy first-stage booster. This uses 27 Raptor engines and is responsible for generating the thrust necessary to lift the upper stage spacecraft out of Earth's gravity.

Musk has made several statements for the booster's construction and tests, but it's uncertain when his company is confident enough to clump together more engines for a risky test that carries the potential to destroy engines faster than SpaceX is capable of producing them.