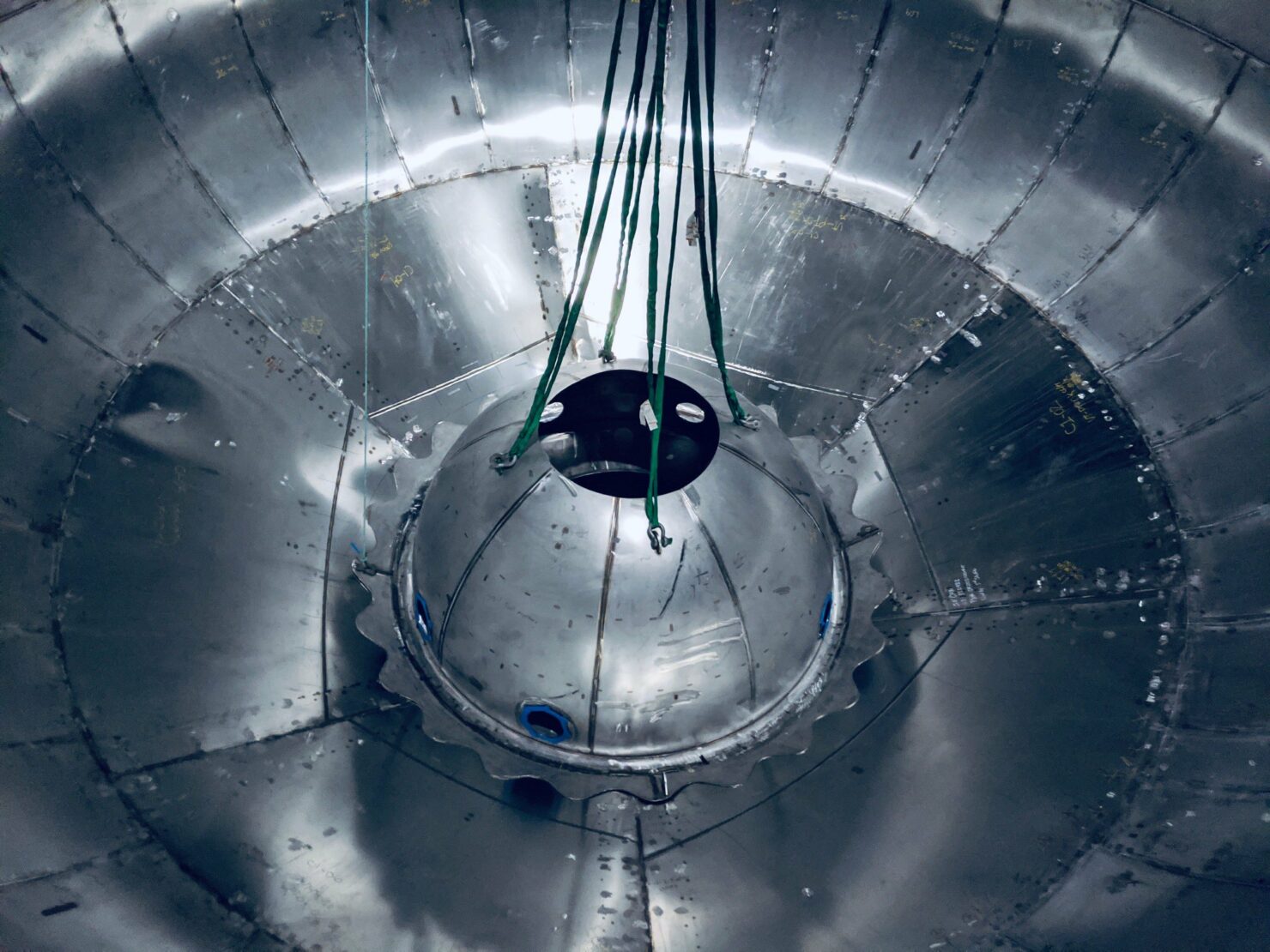 A view of a fuel header (secondary) tank, one similar to the one that caused SpaceX's Starship SN8 to crash as it attempted to land. Image: Elon Musk/Twitter

As it ended the first high-altitude test of its Starship interplanetary launch transport system in flames, astronautic launch vehicle manufacturer Space Exploration Technologies Corp. (SpaceX) was quick to announce that the next test would be of the spacecraft's SN9 prototype. SpaceX tested the SN8 prototype of the upper stage of the two-stage Starship vehicle, with the stage being tested being eventually responsible for making manned and unmanned flights not only to the Martian surface but also to the Moon and to Low Earth Orbit (LEO).

However, SpaceX's plans to conduct this test might have been moved forward as the SN9 prototype suffered an accident in the company's facilities in Boca Chica, Texas.

The accident occurred earlier today as reporters covering SpaceX's Boca Chica facility reported that the SN9 had tilted and collided with the walls of its High Bay storage. Such bays are constructed to not only store but also assemble rockets and the High Bay in Boca Chica is a recent addition to SpaceX's facilities.

Should it take to the skies, the SN9 prototype will be the second Starship prototype to have used a forward nose cone and aft (rear) flaps. The cone will be used not only for storing payloads or for crew quarters but it also houses the vehicle's secondary tank that is responsible for fuelling its Raptor engines for landing.

Additionally, the fins are an integral part of Starship's design that separates it from any previous spacecraft by allowing SpaceX to maneuver the vehicle for landing after the spacecraft's forward reaction control thrusters have reoriented it to a vertical position.

Again, everyone seems calm and collected and addressing the issue. I’m sure they’ll have it secured and in good order shortly to asses damage and make a plan. pic.twitter.com/4TqgDOdtcx

Both of these components have been damaged in the accident, with reporting from enthusiast Tim Dodd who goes by the name Everyday Astronaut on Twitter and on YouTube clearly showing how one of the fans has sustained significant structural damage. This damage should require an overhaul of the part at the very least in our opinion, and SpaceX might have to remove it from the SN9 completely to perform repairs or replace it with a new fin.

Unfortunately, Starship SN9 is leaning in the high bay. @elonmusk will it buff right out?@NASASpaceflight pic.twitter.com/MUJD0piJwt

Another image from NASASpaceflight reporter Mary a.k.a. BocaChicaGal who has likely pioneered photojournalism from SpaceX's Boca Chica testing and development site also clearly shows that the nose cone of SN9 did indeed come into contact with the wall of the high bay.

Damage to the nose cone is likely to irk both SpaceX's founder Mr. Elon Musk and his team as fabricating the component is far more tricker and complex than fabricating either the body or the flaps of the spacecraft is. Furthermore, had the prototype not been stored in the high bay, then it would clearly have toppled over and taken far more severe damage than it took today.

As SpaceX continues to develop its Boca Chica site, the company also has to invest heavily in building infrastructure for its precious products. A lightning strike in May this year was extremely close to Starship's SN4 prototype that was also earthed, and it showed the risks of operating in a facility without lightning arresters installed.

The accident comes at a time when SpaceX was all but ready to conduct another test earliest by Monday according to documents filed by Cameron County, Boca Chica. In an order passed by Judge Eddie Trevino, Jr. yesterday, the county had closed off the Boca Chica beach from 12:00 to 21:00 Central Time on Monday, December 14th "protecting Public Health and Safety during space flight activities."

This order came in response to an email from SpaceX, viewed by Wccftech, which requested a shift in the closure time to noon owing to high winds in the area affecting Starship's transportation system.