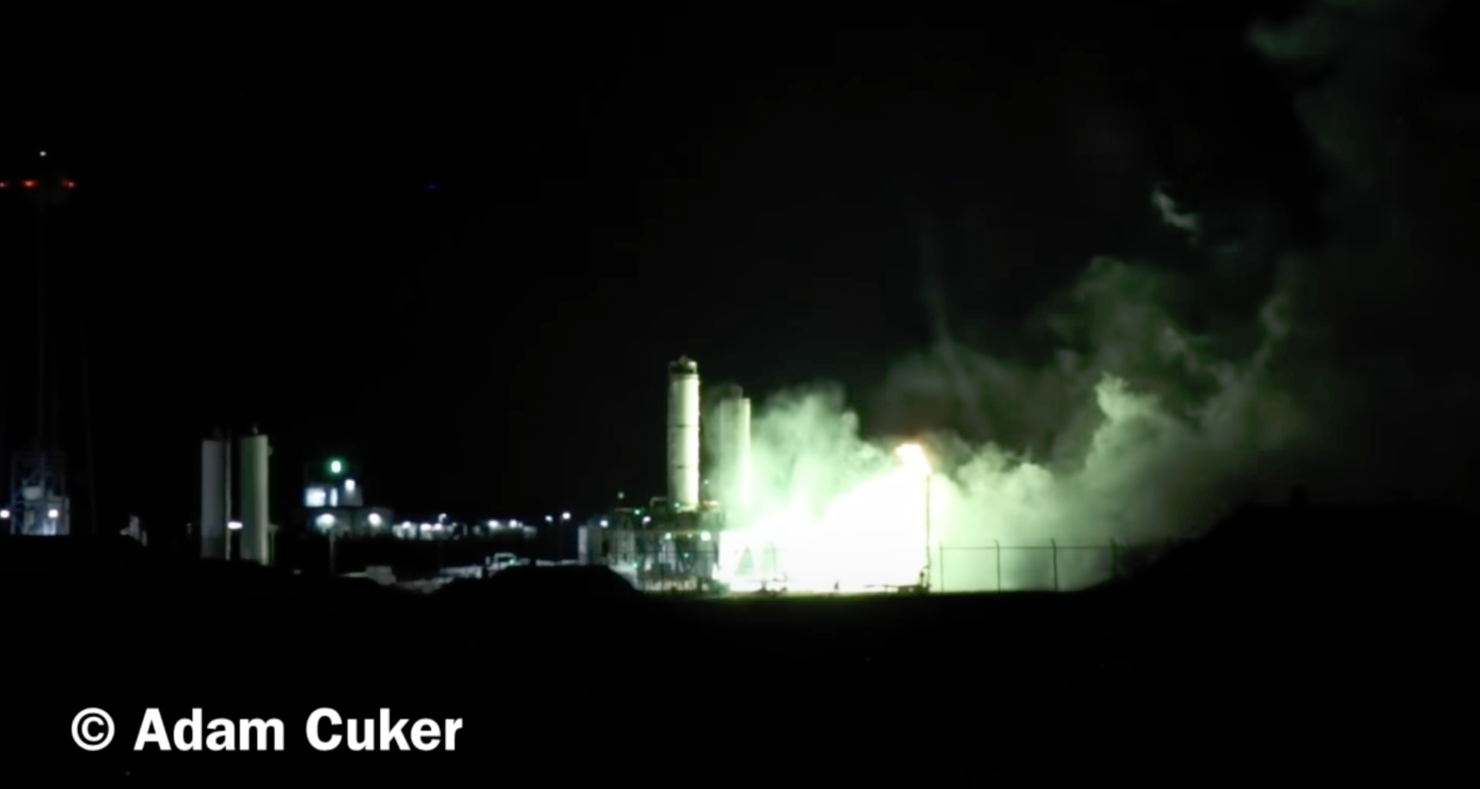 The SpaceX Raptor 2 emitting green smoke during a test in McGregor, Texas in mid-January according to footage shared by Adam Cuker on YouTube. Image: SpaceX Raptor 2 Test (Green Flash)/YouTube

As part of its engine development in McGregor, Texas, Space Exploration Technologies Corporation (SpaceX) tested another Raptor engine late in the evening yesterday local time. SpaceX tests and develops two engine lineups at its McGregor facilities, with one powering the company's workhorse Falcon rockets and the other intended to take its Starship next generation rocket to the skies. The engines powering Starship are dubbed Raptor, and SpaceX is currently testing their second-generation design in Texas, as it continues to manufacture the engines and build its stocks ahead of a highly awaited Starship orbital test flight expected later this year.

The Raptor is a larger engine when compared to the Merlins that are responsible for powering the Falcon rocket and it features a different design and fuel over its predecessor. These keep in mind greater efficiency via reusing some of the gases that are used to power up the engine and the constraint of propellant production on the Martian surface, which is the engine and its rocket's final intended decision.

SpaceX builds and tests the engines in its facilities in McGregor, Texas, after which they are shipped either to Boca Chica in the same state or to Florida in case of the Merlins. Most of the engine testing is also done in Texas, but SpaceX also tests them later on after they have been integrated with their rockets.

Tests for the Raptor 2, which is the latest generation of the Raptor engines, kicked off in December and since then SpaceX has been rapidly firing the engines. Each Raptor 2 is aiming at generating more thrust at a higher pressure than the first generation engine. The performance upgrades naturally place higher stress on the engine's components, and in line with its policy of failing fast to learn more, SpaceX is testing them as quickly as it can

The aftermath of a Raptor 2 test conducted yesterday evening in Texas ended up in smoke. Image: NASASpaceflight.com/YouTube

The latest of these tests, which took place a little before 19:00 local time in Texas yesterday saw the engine shut down soon after ignition. In the video clip of the test, captured from NASASpaceflight's live video feed of SpaceX's McGregor facilities, the test stand's water suppression system can be seen blowing steam as the engine ignited, with the characteristic 'sucking' sound of the ignition also being audible.

However, roughly four seconds after ignition, flames start to erupt from the right side of the stand, the engine shuts down and clouds of smoke start to billow from the test stand. These clouds are uncharacteristic and are absent from successful Raptor 2 tests that have previously been conducted at the same stand.

The aftermath of the test is unclear given the low quality of its video since NASASpaceflight integrates feeds from four cameras into a single frame, which leaves out high-definition views of the test site. 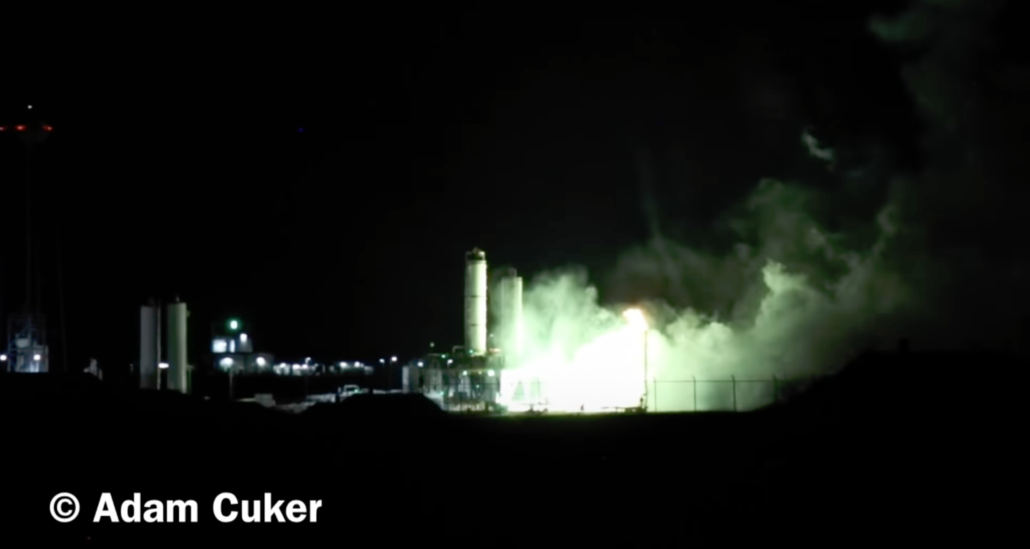 The SpaceX Raptor 2 emitting green smoke during a test in McGregor, Texas in mid-January according to footage shared by Adam Cuker on YouTube. Image: SpaceX Raptor 2 Test (Green Flash)/YouTube

Yesterday's test is a rare failure for the Raptor 2, which has been at the center of rapid testing for months. The previous major failure came in January when a test in a different site, also in McGregor, saw the engine melt its internal components and emit green flames.

With the Raptor 2, SpaceX is aiming to achieve at least 230 tons of thrust (up to 250 tons) to mark a significant increase over the first-generation engine. In rocketry, chamber pressure refers to the pressure at which both the fuel and oxidizer are mixed in the engine's combustion chamber. This is the component that ignites the pair, with the resulting by-products generating thrust to enable a rocket to lift off of a planet's surface. The Raptor 2 uses Methane for its fuel and liquid Oxygen for the oxidizer.

Rapid progress at its launch and rocket test facilities in Boca Chica, Texas has seen SpaceX rapidly manufacture prototypes, test them for defects, and then repair them in as short as two weeks for more testing. The company is currently focusing on the Booster 7 prototype of Starship's lower stage, as it awaits the Federal Aviation Administration's (FAA) environmental approval for its launch site.

Here's the full test video courtesy of u/RobDickinson on Reddit:

One less Raptor 2 in the world from SpaceXLounge

Find out more about the SpaceX Starship and the Raptor engines: