Space Exploration Technologies Corp. (SpaceX) chief Elon Musk has announced that his company will increase the production rate of its Raptor rocket engine. The Raptor is SpaceX's stage-combustion engine designed specifically for the company's Starship launch system, which aims to be the largest rocket in the world. SpaceX plans to expand its payload delivery capacity to various orbits and planetary bodies, and Starship is at the center of all these plans. Crucial to its success is the Raptor, which sits at the heart of any plans of a Martian settlement through the ability to burn a fuel easily producible from the common environment.

Judging statements made by Mr. Musk earlier today, it appears as if his company has successfully refined its new rocket engine design to mark a collective upgrade over the original. The Raptor, which will power Starship, is the first American-made full-flow staged-combustion engine. It uses Methane as its fuel, with higher efficiency than the Merlin engines powering SpaceX's Falcon rocket lineup. The Merlin engines use rocket propellant one (RP-1) or Kerosene to produce thrust.

In a set of tweets, the executive highlighted that SpaceX plans to produce at least 800 Raptor engines annually, with a maximum production rate of 1,000. Given that a single Raptor aims to produce 230 metric tons-force of thrust if SpaceX uses all the engines that it produces in a year, then as a whole, the company's rockets will have generated 184 kilotons of thrust in a year.

In comparison, during the first half of this year, the Falcon 9 rockets generated fifteen kilo-tons of thrust by launching 20 Falcon 9 flights. The Falcon 9 uses nine Merlin 1D open-cycle gas generator rocket engines capable of outputting 95 tons of trust to generate a total thrust of 855 tons.

The pre-burner for the SpaceX Full-Flow Staged-Combustion Methane-fueled rocket engine being tested at NASA's Stennis Space Center in Mississippi in 2015. The pre-burner of a rocket engine ignites a small amount of fuel to power the engine's turbines, forcing fuel in its main combustion chamber at sufficient pressure to meet supersonic gas flow from the chamber to ensure that the engine performs in a stable environment. Image: Lagniappe/NASA John C. Stennis Space Center

Musk's comments came after he announced that SpaceX would build a new rocket factory in McGregor, Texas, where it also develops its rocket engines. So far, five flights of the system's first or upper stage have taken place in Boca Chica, Texas, with two landing safely on the landing pad to fulfill the central key design criteria of reusability.

SpaceX will now conduct an orbital flight test which will also rely on Starship's larger first stage rocket which will propel it on all its space missions. This stage aims to use 33 Raptor engines for 7.6 kilotons of thrust, allowing only two Starship launches to generate all the thrust which SpaceX has achieved in 2021 so far.

However, whether the test will include the full complement of the engines is uncertain, if not unlikely. Musk has remained muted on the details, having shared concerns in a conference last year about the riskiness of losing too many engines during testing.

The factory in Texas will focus on what Musk dubbed as the 'Raptor 2' engines. These engines will power the first stage booster and the Starship second-stage, and the latter will also be equipped with Raptors optimized for operating in the vacuum of space. 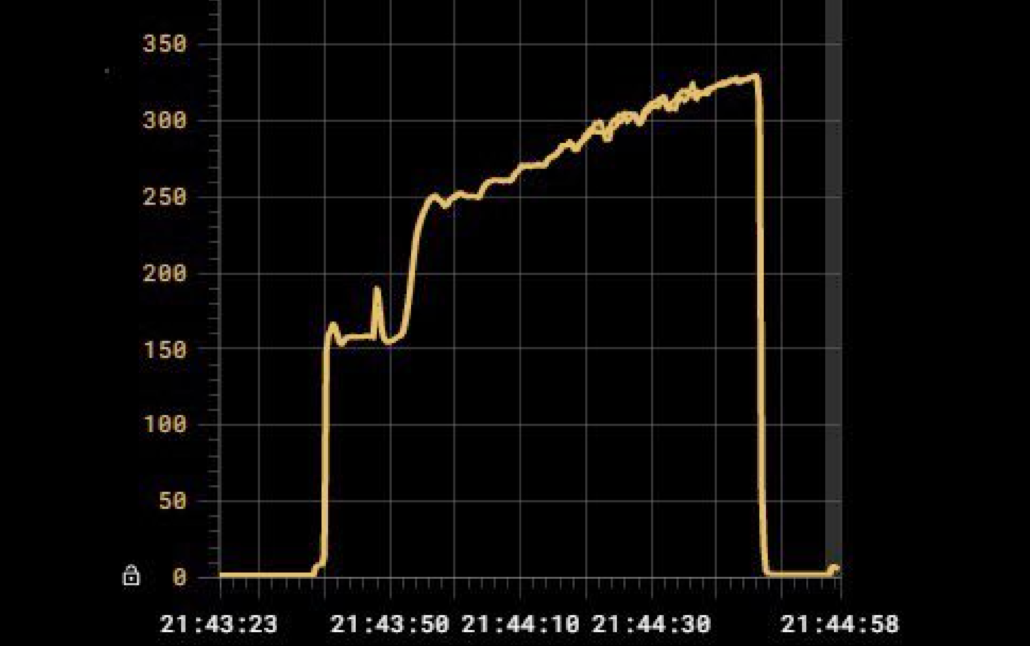 An image shared by Musk last year revealed that the Raptor had achieved a chamber pressure of 330 bar. One bar is equal to the pressure of air at sea level, and the engine's chamber is where its fuel is ignited to generate thrust. Image: Elon Musk/Twitter

Sharing more details about the Raptor's current performance last week, Musk also shared his indecision about the engines equipping the Starship second-stage. While the first stage engines have nozzles designed to operate in an atmosphere, those in the second have more leeway for their nozzle width. Larger width allows for more thrust and Musk deliberated on whether to use six vacuum-optimized engines on the second stage instead of the 3+3 atmospheric-vacuum combination SpaceX has focused on until now.

Center engines on ship will be same as booster engines.
This is basically Raptor 2.

Raptor Vacuum would be only variant. Tbd as to whether to commonize R-Vac with Raptor 2 (more thrust), keep same or tighten throat (more Isp).

Specific impulse is the ratio of an engine's exhaust gas velocity to the speed of gravitational acceleration, and a higher value is indicative of an efficient design. According to the latest from Musk, the Raptor vacuum engine has a 378 Isp implying that it can output thrust significantly faster than gravity accelerates an object falling on Earth. Its Isp is slightly higher than the sea-level engine's, which is believed to currently stand around 360.

The latest production plant will lie at the heart of SpaceX's plans to establish a human settlement on Mars, and the output levels shared by Musk should enable his company to produce roughly 20 Starships annually. These rockets will also let SpaceX rapidly build out its Starlink satellite internet constellation and potentially cater towards a lunar crew lander for the National Aeronautics and Space Administration's (NASA) Artemis program.