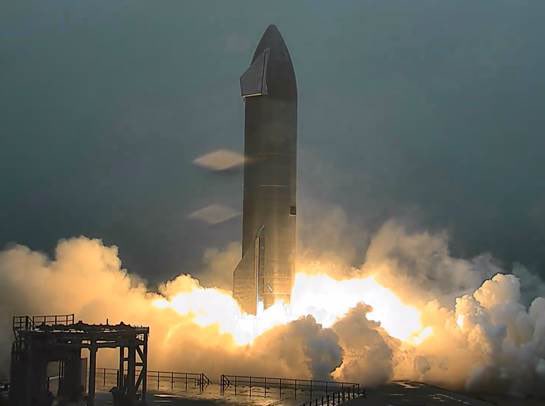 Space Exploration Technologies Corporation's (SpaceX) testing and development for its Starship next-generation rocket seem to have hit a minor snag. Starship is SpaceX's new rocket which will form the backbone of the company's efforts to conduct the first human missions to Mars and rapidly build out its Starlink small satellite internet constellation. An image being shared on several social media platforms seems to suggest that a crucial component of Starship's rocket booster was recently damaged. This component is responsible for transferring propellant to the vehicle's engines, and the impact of the damage on SpaceX's plan of quickly conducting an orbital test flight for the rocket is uncertain.

Even as it awaits the Federal Aviation Administration's (FAA) processing of an environmental review for its Boca Chica, Texas facilities, SpaceX is moving full steam ahead with Starship development. The rocket is one of three next-generation U.S.-based heavy-lift launch vehicle systems that are currently under development, and out of these, it is also the most powerful, given its mission profile of Mars missions.

Starship, the vehicle, consists of two parts. These are its upper stage, also dubbed Starship, and the lower stage, dubbed Super Heavy booster. SpaceX ground tested one of these boosters (Booster 7) earlier this month, and the aftermath of this test seems to have revealed an apparent flaw. Whether this flaw is a result of the testing itself, which would indicate a design miscalculation, or a procedural error, which would imply that the event was a one-off occurrence, is open for debate.

According to an image shared on several social media platforms, Booster 7's downcomer wasn't so lucky as SpaceX rolled the rocket back to its facilities after conducting several tests. This part is responsible for transporting fuel from the rocket's tanks to its engines, and it passes through the booster's liquid oxygen tanks. Like the tanks, it has to be pressurized to withstand the forces acting on it, since the oxygen tank itself is also pressurized for structural stability and optimum storage. To light up its Raptor full flow methane fuelled staged combustion engines, Starship uses a combination of methane and liquid Oxygen.

Super Heavy booster 7's downcomer photo has been shared publicly. Looks like the tube imploded during last weeks pressure test. it might be removed, but there is a chance of scrapping Booster 7.
#SpaceX #Starship pic.twitter.com/pssmPeVTwf

The image shows the downcomer visibly flattened, as it could not withstand the surrounding forces. This took place after SpaceX conducted pneumatic tests for Booster 7 earlier this month, and the image surfaced after the booster came back from the testing pad. Pneumatic tests fully pressurize the vehicle to validate its performance parameters.

This isn't the first time a downcomer has come into the public eye, with the pipes for both the Starship upper stage and the Super Heavy having been spotted during transportation by photojournalists. The pipe travels from the bottom of the booster's methane tank to its engines, and it is placed inside the liquid oxygen tank. The oxygen tank will be chilled at extreme temperatures, and due to the booster's size, it is believed that it will be pressurized at a higher level when compared to the upper stage Starship. 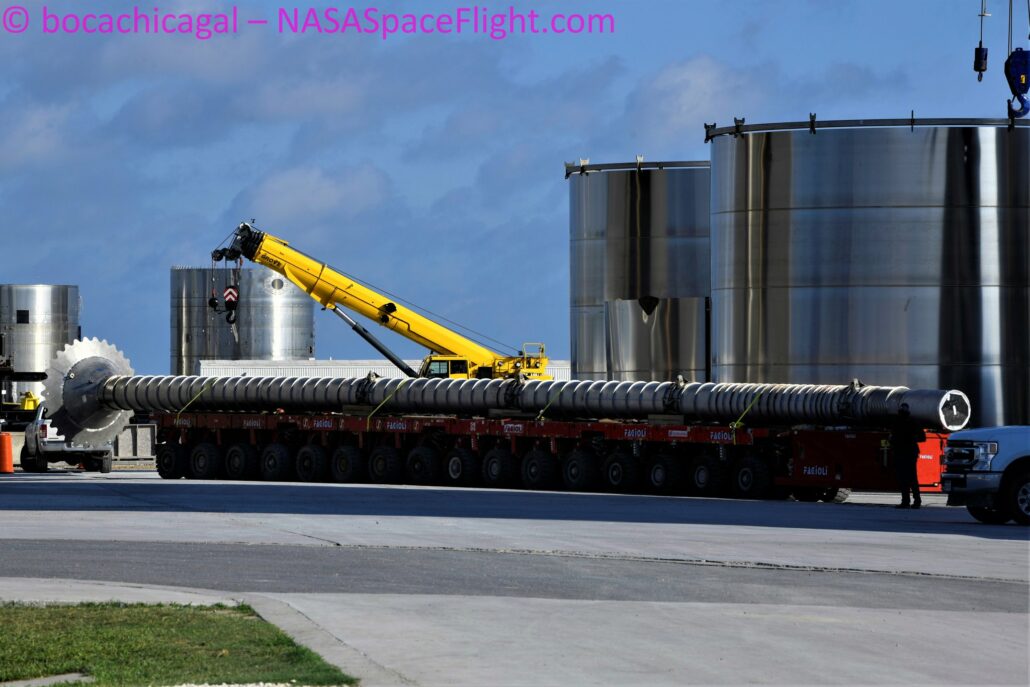 A similar failure, although not with the same component or fuel, caused a rare Falcon 9 explosion in 2016. The fully fuelled rocket with its payload attached had exploded at the Cape Canaveral Space Force Station in Florida, and SpaceX's investigation, which took months, revealed that super cooled Oxygen might have breached tiny tanks within the primary liquid Oxygen tanks. These tanks are filled with a non-reactive gas and they ensure that the primary tank maintains its pressure as it empties during flight, since a loss of pressure structurally damages the vehicle.

Unverified rumors on social media suggest that the downcomer failure was due to a SpaceX employee leaving it unpressurized even as the pressure was increased in the surrounding tank. If true, then this would discount structural or material failures as being the cause. It would also imply that the remaining booster prototypes are free from defects and do not require overhauling. Even as it deals with Booster 7, SpaceX is speeding ahead with rocket production, with the latest footage from its facilities showing steady progress with the next booster in line, Booster 8. Finally, it is unlikely that this was an example of SpaceX testing its equipment to failure, since any such tests will have been conducted before the downcomer is sealed inside the booster.

For more on the SpaceX Starship, take a look at: