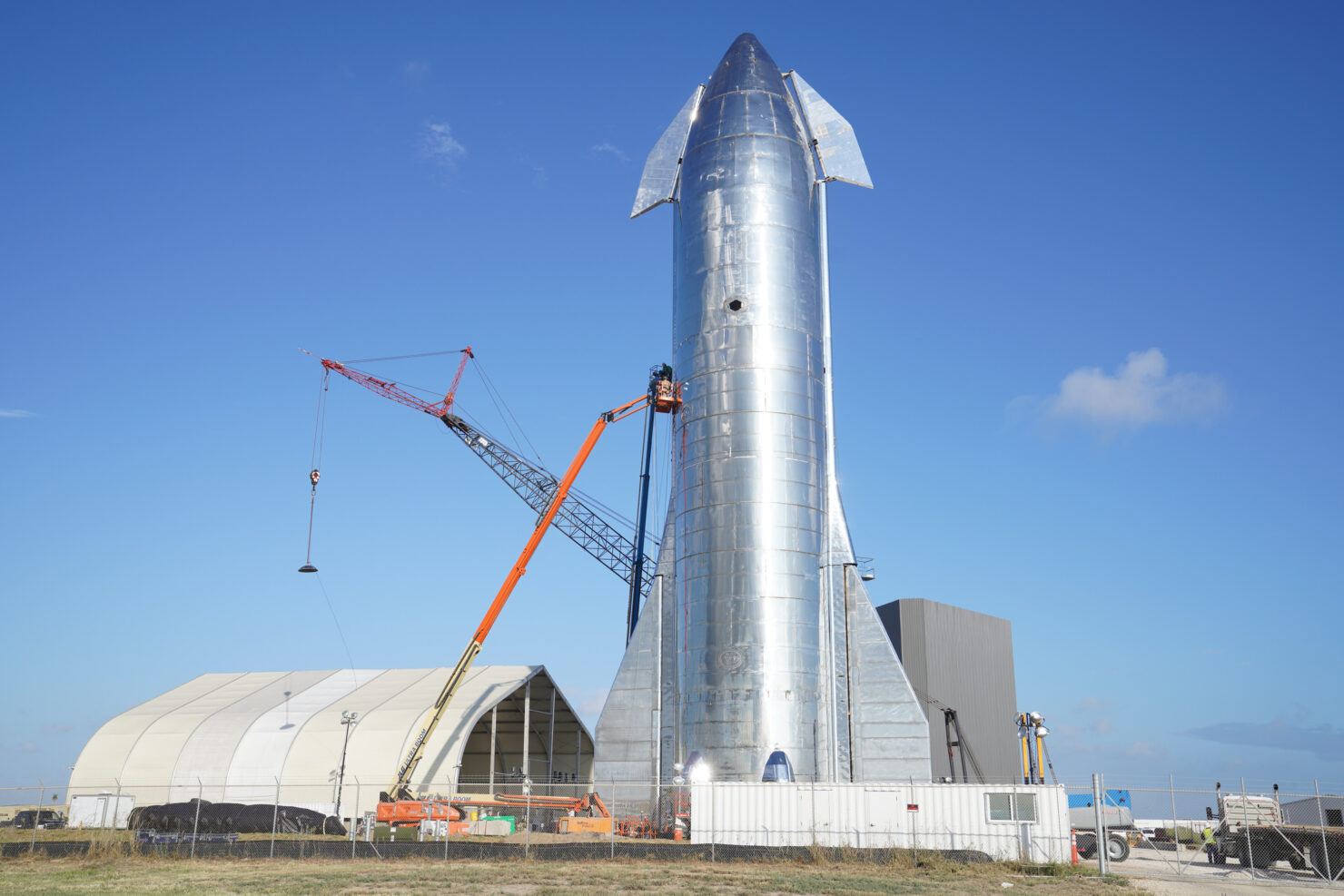 SpaceX seems to be on a relentless roll lately, effectively deploying its honed logistics and engineering prowess to develop three Starship prototypes in around 60 days. Now, the space enterprise has started assembling its fourth prototype mere hours after the assembly lineup was cleared.

Remember when the third Starship prototype – known as the SN3 – was destroyed as a consequence of a poorly designed test coupled with an error on the part of the operator? Well, it seems that SpaceX is now leveraging that loss to expedite the production of SN4.

Soon after the SN3 prototype experienced a malfunction, Elon Musk tweeted that the undamaged parts of the prototype could be redeployed by SpaceX for SN4. That prognostication proved to be quite prescient as, on the 15th of April, SN3’s skirt – the rearmost section of the spacecraft – was spotted attached to a new engine section specifically designed for SN4. Bear in mind that this redeployed skirt not only contains landing legs for the spacecraft but also structural buttresses, propellant pipes, telemetry and power equipment, etc. This shrewd gambit has allowed SpaceX to expedite the construction of the SN4 prototype while also saving money in the process.

The fourth Starship prototype will soon undergo proof tests within SpaceX’s sprawling facilities. If the SN4 successfully navigates these preliminary trials, it will then be subjected to a Raptor static fire test along with, perhaps, even a live flight test. As a refresher, a Raptor static fire test simulates the stresses that the Raptor engines create within the structure of the prototype and serves to physically demonstrate that the spacecraft can survive these stresses while fueled with cryogenic liquid methane. If these tests fail to deliver, SpaceX can quickly move on to the construction of the SN5 prototype. On the other hand, if the prototype passes the initial simulation-based testing with flying colors, SpaceX has already shipped three Raptor engines to its Boca Chica facility for assimilation with the prototype.

It should be noted that if the SN4 prototype passes on to the static fire testing stage, it will be the first time that a Raptor engine will be operated in a triple configuration, plausibly serving as a valuable precedent for SpaceX’s Merlin and Falcon 9 vehicles.

All eyes are now turning to the 27th of May when SpaceX will execute its first Crew Dragon manned mission for NASA from the U.S. soil. During the aptly named Demo-2 mission, NASA astronauts – Bob Behnken and Doug Hurley – will fly to the International Space Station (ISS) on a SpaceX Falcon 9 rocket. This will also serve as the final test flight for the Crew Dragon spacecraft. However, given the spatial distancing measures currently in place in much of the United States, NASA has barred the presence of media persons within NASA premises to cover the milestone event live, allowing only remote participation.