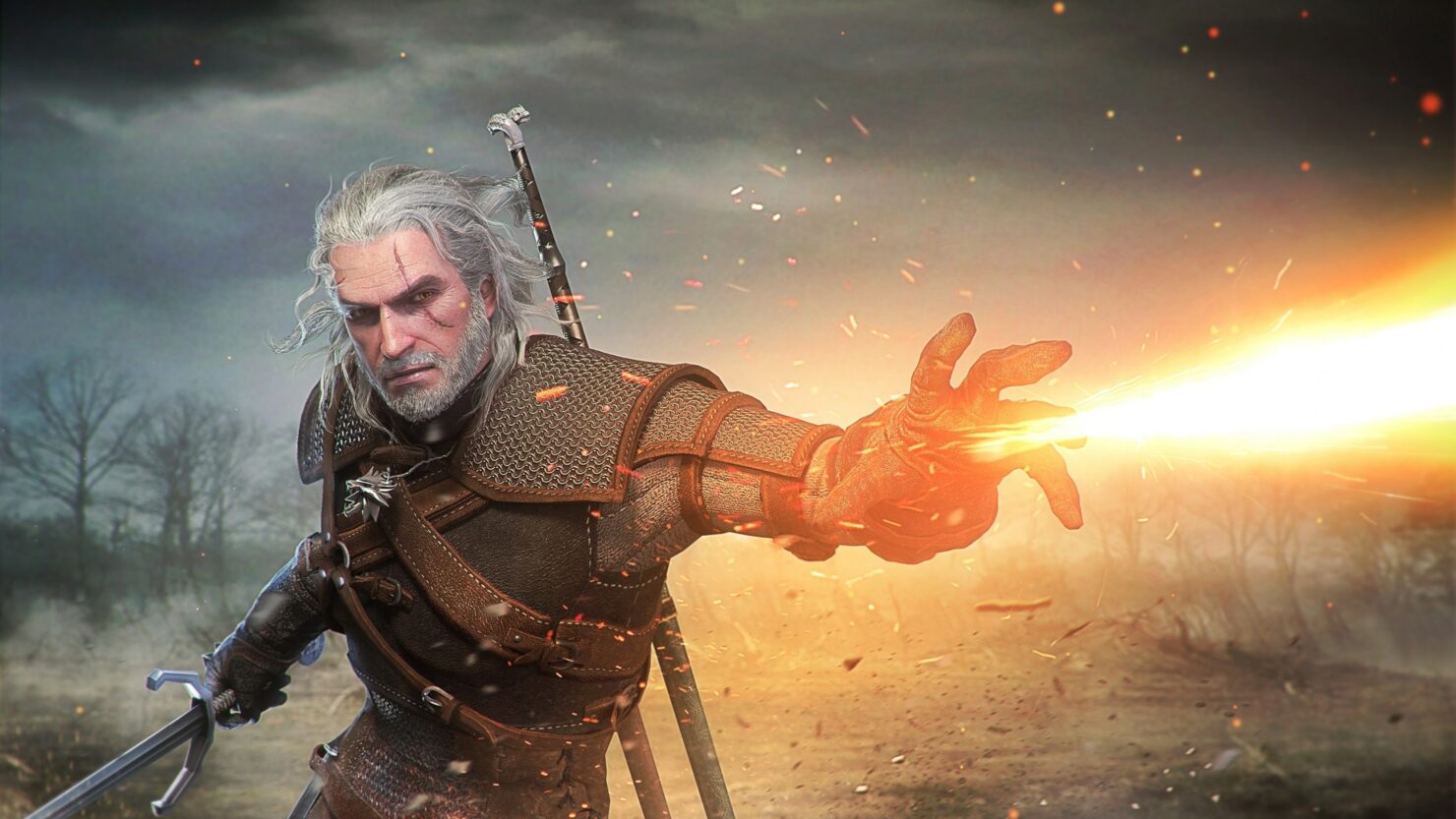 Bandai Namco finally confirmed the release date for Soulcalibur VI on all formats.

The 3D fighting game will be released on PC, PlayStation 4 and Xbox One on October 19th, as revealed by the game's latest trailer, which can be watched below.

History Hides Away More Than One Truth...

SOULCALIBUR VI represents the latest entry in the premier weapons-based, head-to-head fighting series and continues the epic struggle of warriors searching for the legendary Soul Swords. Taking place in the 16th century, revisit the events of the original SOULCALIBUR to uncover hidden truths.

Read opponents’ attacks to execute a strategic Reversal Edge to land a counter attack while in guard.

Choose from a worldly roster of warriors, each with their own deadly weapons, fighting styles and visual flare.

The Japanese publisher also shared new details on the game's Deluxe and Collector's Editions. The Deluxe Edition, priced at $99.99, include a copy of the game, three nnew playable characters, two new armor packs, a soundtrack CD, and a metal case. 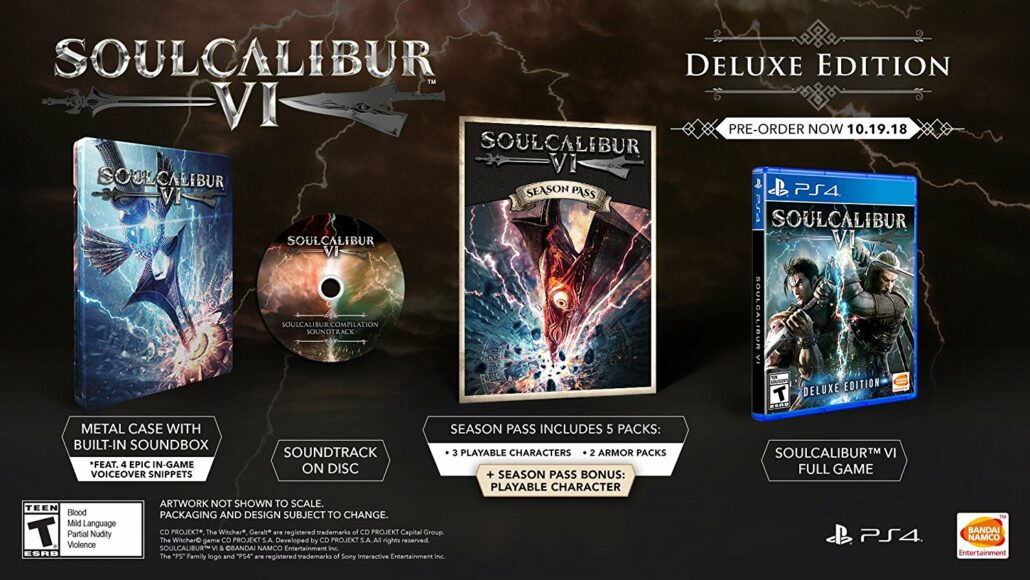 The Collector's Edition, priced at $149.99, includes a copy of the game, a Sophitia figure, a soundtrack CD, a metal case and a 120-page artbook. 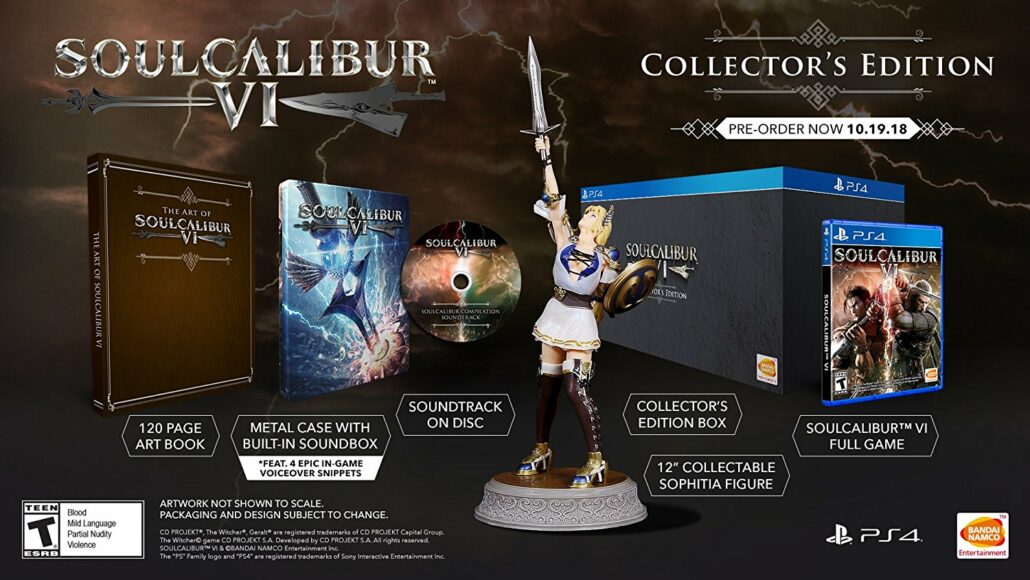 Soulcalibur VI launches on October 19th on PC, PlayStation 4 and Xbox One.