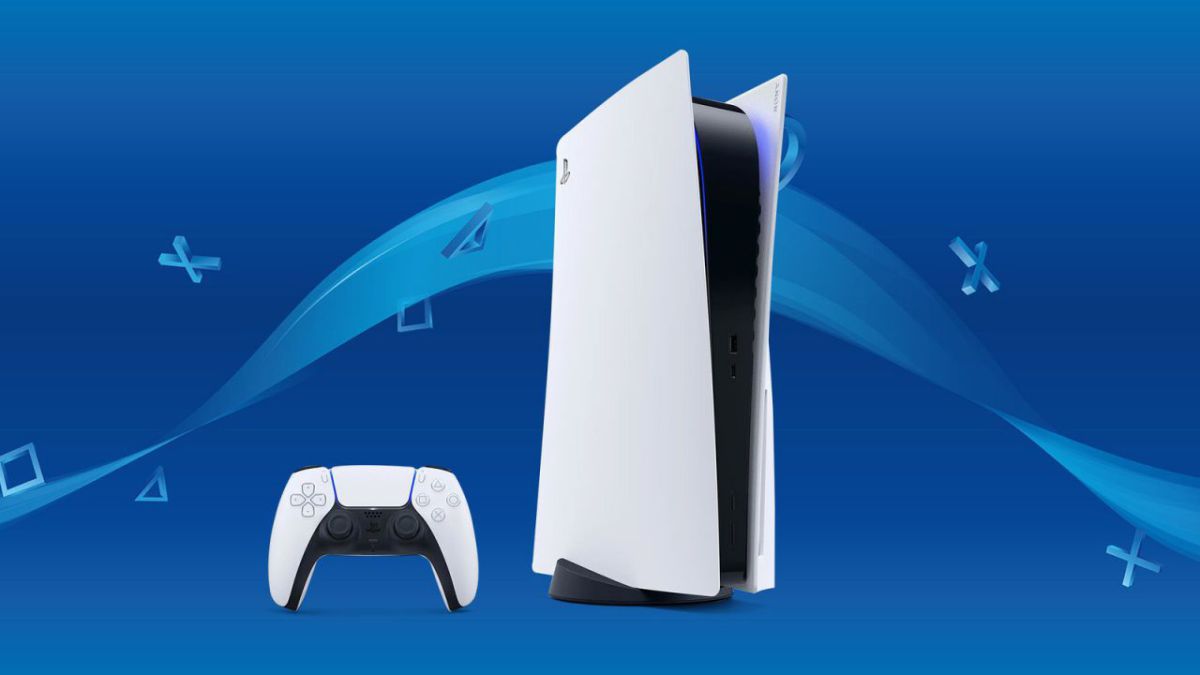 The PlayStation 5 has become one of the most successful consoles of this generation. The latest fiscal quarter report has stated that, despite supply shortages, the console's sales have remained strong. In total, Sony has managed to sell a total of 13.4 million PlayStation 5 consoles. This quarter alone saw 3.3 million units sold compared to the previous quarter's 2.2 million.

The quarterly report covers the financial results for the three months, which ended on September 30, 2021. The company reported a 27% increase in sales in its game segment year on year. Sales reached $5.7 billion for the segment while operating income decreased 21% to $727 million. Sony reported revenue as $10.8 billion. Game sales increased to 76.4 million units compared to 63.6 million in the previous quarter.

Some people might notice that the numbers are a bit off. The explanation, according to Engadget, is that while Sony did sell more games last quarter, first-party titles dropped very significantly, from 10.5 million last quarter to 7.6 million in Q2. That was offset in numbers by third-party games, but those don't tend to be as profitable. However, Sony also noted that Ghost of Tsushima launched last year during the same quarter, while this quarter has no comparable releases. 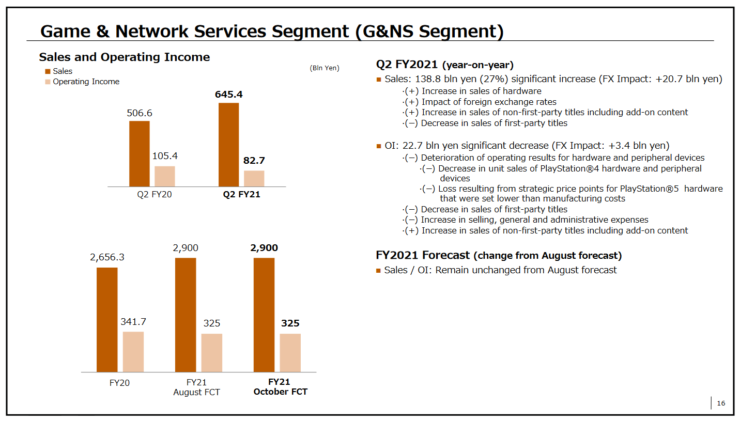 While the PlayStation 5 console sales have gone up, the PlayStation 4 sales have decreased considerably. They have gone down to just 200,000 from the ~500,000 that was sold in the previous quarter. Other factors that Sony mentioned are a "loss resulting from strategic price points for PS5 hardware that were set lower than manufacturing costs."

This financial year, Sony aims to sell 14.8 million PlayStation 5 consoles (which ends on March 31, 2022). This target takes the global semiconductor shortage that's affecting the entire tech industry into account. Additionally, in August, Sony mentioned that the PlayStation 5 was no longer being sold at a loss. Sony CFO Hiroki Totoki told investors that its PS5 sales target is set higher than the 14.8 million unit sales achieved by the PlayStation 4 in its first year.

In other PlayStation 5-related news, the 21.02-04.03.00 firmware update, which is around 913 MB, was released a few days ago. This system software update improves system performance. In more financial gaming news, the PlayStation 5 has dethroned the Nintendo Switch in sales after 33 months. This is according to the latest NPD Group report, which also states that hardware spending has gained 49% when compared to the same period a year ago, totaling $3.4 billion.