Sony's Xperia Z3 has caused quite a buzz lately. Just a couple of days back, we covered a huge leak of the flagship smartphone. This covered almost every specification of the device and was courtesy of well known tipster @evleaks. According to @evleaks, the Sony Xperia Z3 is to come with a Qualcomm Snapdragon 801 processor. This can be clocked at 2.4 GHz. In addition to this the Xperia Z3 will come with a Adreno 330 GPU and 3 GB RAM with 16 GB internal. For complete information, check out the link above. Well, we have more Xperia Z3 news for you today. Well, less of news and more of pictures really. Pictures of the Xperia Z3's exterior have allegedly been leaked straight off a manufacturing facility. 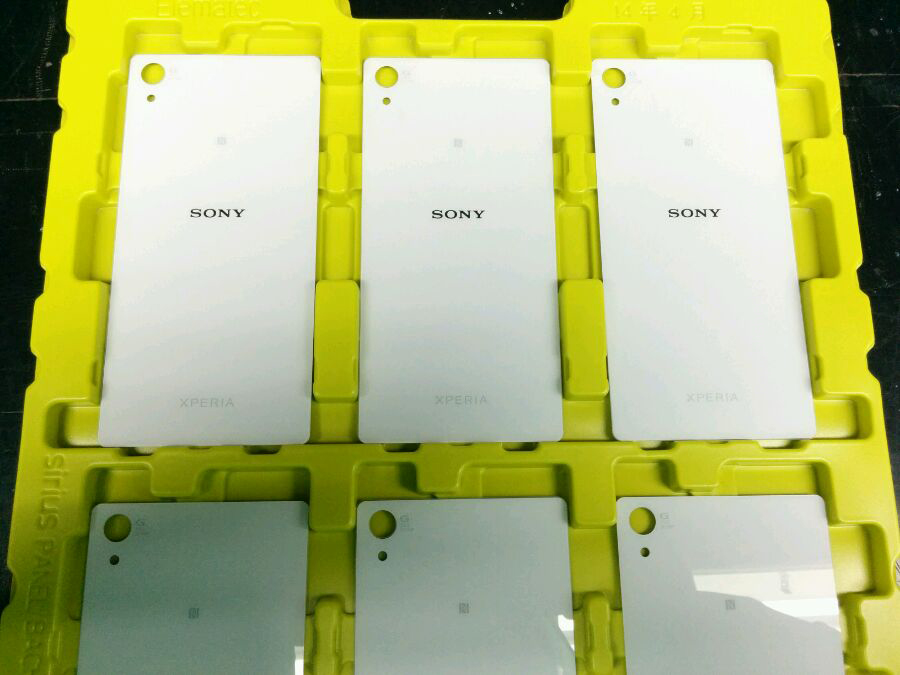 The pictures of the exterior come straight off what seems to be a manufacturing line. This suggests that the Xperia Z3 either has entered into mass production or will probably enter it soon. All of this of course keeps in line with the expected launch of the smartphone at this year's IFA in September. As you will see, the pictures show a very glossy finish to the device and a overall simplistic design which doesn't disappoint. In fact, if you look real closely, you can even make out the photographer. The Xperia Z3 is to be a minor upgrade over the current Xperia Z2 based on what we've managed to learn so far. What incentive Sony aims to provide existing users to upgrade yet remains a mystery.