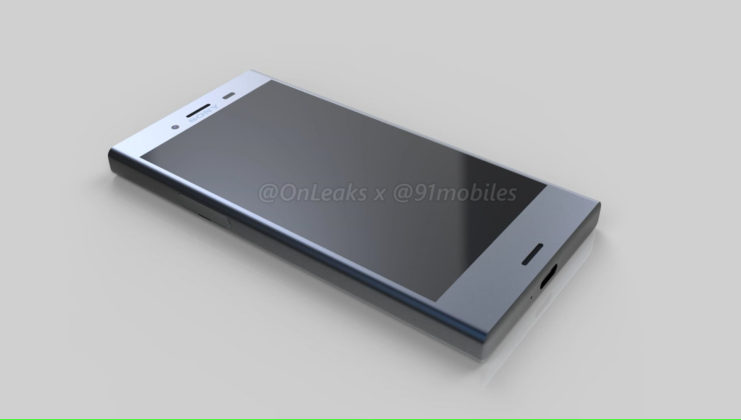 Before the IFA 2017 kicks in, leaks about Sony's upcoming devices have started surfacing. We have got our first look at the Xperia XZ1 Compact, thanks to the serial leakster OnLeaks. To recall, two days ago, schematics-based renders of the Xperia XZ1.

Well, comparing both the renders, the design for both the Z1 and Z1 Compact looks pretty much similar. You can call the XZ1 Compact a smaller version of the Xperia Z1 with dual front-facing speakers and a black bar on the rear featuring all the camera-related elements.

As similar as both the phones look, there are some noticeable discrepancies too. First, the dimensions of both the devices reveal that Xperia XZ1 Compact is on a thicker side with 9.4 mm thickness while the XZ1 is just 7.6 mm thick. The difference in thickness is the result of compressed design on the XZ1 Compact, featuring a 4.6-inch display. Such small display on smartphones is now a rarity as most of the phones come with more than 5-inch.

Going by the freshly leaked renders of the Xperia XZ Compact, we cannot expect the device to come with a 19 MP, 960 fps MotionEye camera like the Xperia XZ1. Due to the compact design of the XZ1 Compact, it is not possible for it to house such camera setup. Even in the renders, there is no camera bump on the rear panel of the device, which means that it may not have the same camera setup as its bigger variant. However, some alleged benchmarks reveal that the device could come with an 8MP rear camera.

According to a couple of other rumours about the upcoming devices, it will come powered by a Snapdragon 835 chipset, 4GB of RAM, and 64GB of internal storage. The display on the Xperia XZ Compact could have a 720p resolution, but there are chances that it may finally ship with a Full HD display instead. Other reports also indicate that the device will go on sale before September 10 for €650 (approx. $650).

We will get to know all the details about the phone from the official source, sometime this month. Until then, it is better to take the above-presented information with a pinch of salt.

Take a look at the video: