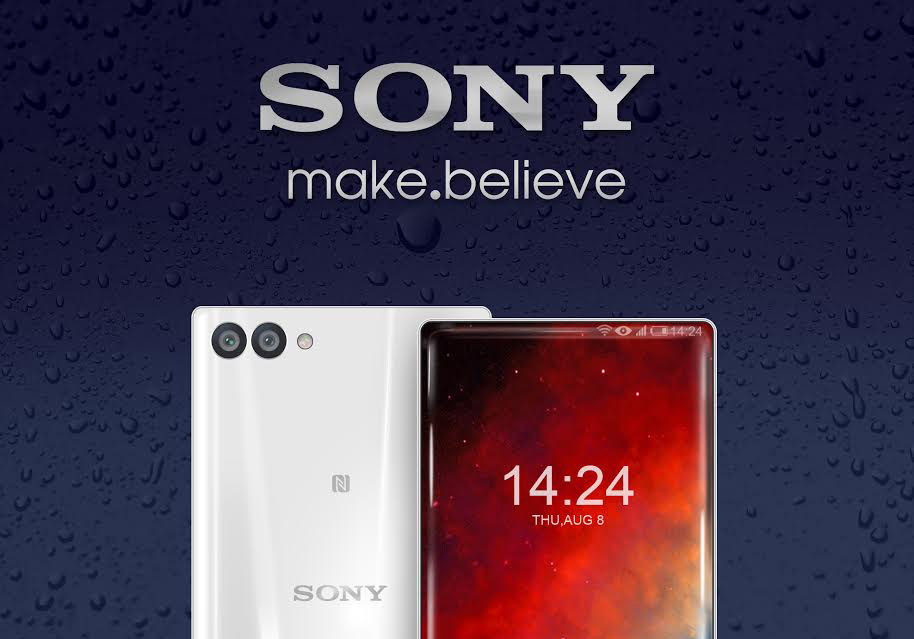 The first phone shipping out to consumers was the Xiaomi Mi Mix, making it the first commercial smartphone to tout a bezel-less form factor. Shortly after that, Sharp showcased a concept phone called the Corner R, and using the company’s free-form display, it showed off a very unique approach to a mobile device. Now, the latest concept surrounding the Xperia Edge shows that the idea behind this device is very similar to Sharp’s Corner R, as you will soon find out.

With manufacturers reaching the point where they cannot make phones any thinner without sacrificing a great deal of other things that actually benefit the regular consumer, the other side of making a smartphone attractive would be to reduce its bezels. With phones like the Samsung ‘edge’ series attempting to getting rid of the side bezels, this concept focuses more on eliminating bezels from three corners of the display.

The bottom corner still has a fair amount of bezels remaining, but it won’t be long till devices start getting made that will boast a complete bezel-less form factor. You can also see that this phone sports two rear cameras and a single front camera that’s present at the bottom, which is definitely the reason why the bezel part was left intact. I am assuming that future devices like this will take inspiration from the Mi Mix’s ceramic exterior, thus making it extremely scratch-resistant than ever before (more scratch-resistant than the Gorilla Glass 4).

Unfortunately, when something becomes more and more scratch-resistant, the more brittle it will become. A small drop is sufficient to deliver irreparable damage on a smartphone like this, so you’re going to have to be careful when manufacturers take a gamble with the design similar in the images you see before you.

Would you like to see a Sony Xperia Edge smartphone announced sometime in the distant future? Tell us your thoughts right away.