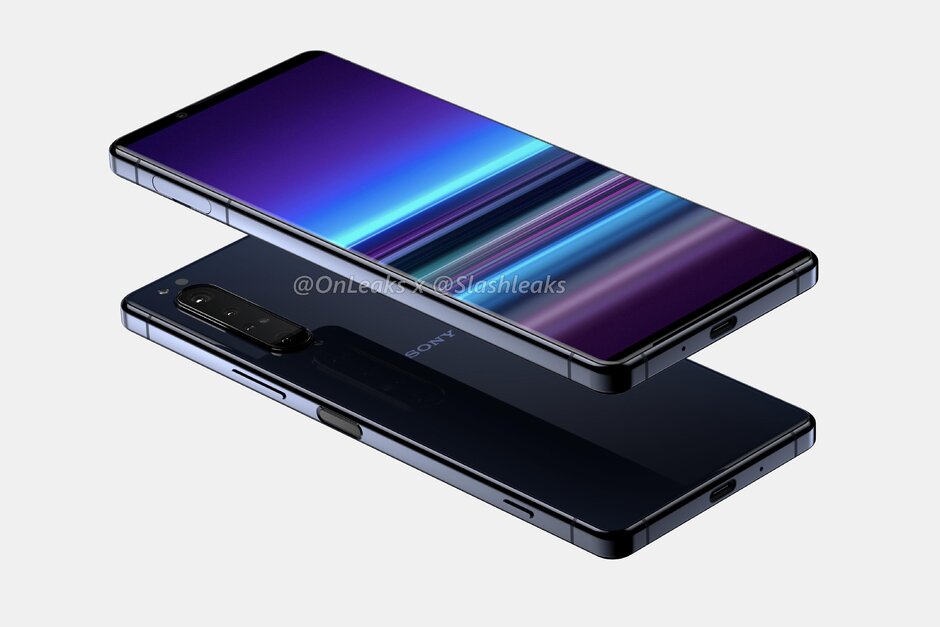 Sony's flagship devices, much like LG's, have failed to differentiate themselves from the crowd. Yes, they come with top-of-the-line hardware, but that isn't nearly enough to pique a user's interest, especially when the market has a slew of 'affordable' flagships. Thankfully, it appears that Sony has learned its lesson and is now working on making its devices more aesthetic. Here's our first look at the company's upcoming Xperia 5 Plus flagship. The leak comes from seasoned leaker SlashLeaks.

As you can see in the video above, the Sony Xperia 5 Plus opts for a slightly more traditional design. Instead of a notch or a hole-punch approach, the entire top edge of the screen is reserved for the 8 MP front-facing camera. This approach will allow Sony to install a lot more hardware in that area. We could even see an iPhone X/ Pixel 4 like IR projector up there for better Face Unlock.

Despite the no-notch approach, the Xperia 5 Plus still appears to have an impressive screen-to-body ratio. The bottom and side edges are virtually indistinguishable from the 6.6-inch OLED display. For reasons best known to Sony, it has decided to go with a side-mounted fingerprint sensor instead of a rear-mounted or under-the-screen solution. While there is nothing inherently wrong with that approach, it does make the design look a little dated.

The quad-camera setup will very likely consist of an array of wide-angle and telephoto lenses. There also appears to be a ToF sensor thrown in the mix. And yes, before you ask, the phone does come with a headphone jack.

The Xperia 5 Plus will feature an all-metal body sandwiched between two layers of Corning Gorilla Glass 6. It should launch with a Qualcomm Snapdragon 865 SoC, at least 6-8GB of RAM and 128GB of internal storage. Hopefully, it runs Android 10 out of the box too, as it would be a shame to see such an impressive device run older software.