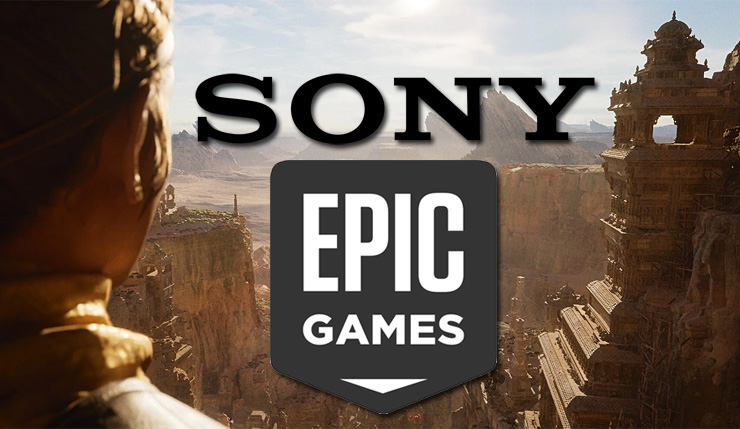 In recent months we’ve evidence of an increasingly warm relationship between Sony and Epic Games, with Epic notably showing their first Unreal Engine 5 demo running on PlayStation 5 hardware, and now the two companies have strengthened their partnership even further. According to a new joint press release, Sony has purchased a $250 minority stake in Epic Games, which will allow the two companies to “broaden their collaboration across Sony’s leading portfolio of entertainment assets and technology, and Epic’s social entertainment platform and digital ecosystem.” Epic has raised approximately $1.6 billion in funding in new funding in recent years.

Epic’s powerful technology in areas such as graphics places them at the forefront of game engine development with Unreal Engine and other innovations. There’s no better example of this than the revolutionary entertainment experience, Fortnite. Through our investment, we will explore opportunities for further collaboration with Epic to delight and bring value to consumers and the industry at large, not only in games, but also across the rapidly evolving digital entertainment landscape.

…and here are Epic boss Tim Sweeney’s thoughts on the matter.

Sony and Epic have both built businesses at the intersection of creativity and technology, and we share a vision of real-time 3D social experiences leading to a convergence of gaming, film, and music. Together we strive to build a more open and accessible digital ecosystem for all consumers and content creators alike.

It will be interesting to see what kind of fruit this investment might bear. Will we see more Unreal Engine 5 demos and features designed specifically for the PS5? Will Sony and Epic directly collaborate on some sort of project? Sweeney’s talk of “real-time 3D social experiences” is certainly…interesting. Of course, Sony games have started coming to PC and Epic owns a certain much-debated storefront in need of exclusives.

What do you think about this development? What might come out of this Sony-Epic partnership?