We may soon get to see Sony Bend's new IP for PlayStation 4, according to Neogaf insider Verendus. When another user on the board mentioned that the project might be revealed in 2017, he replied saying that would be insane, as their time is up relatively soon. 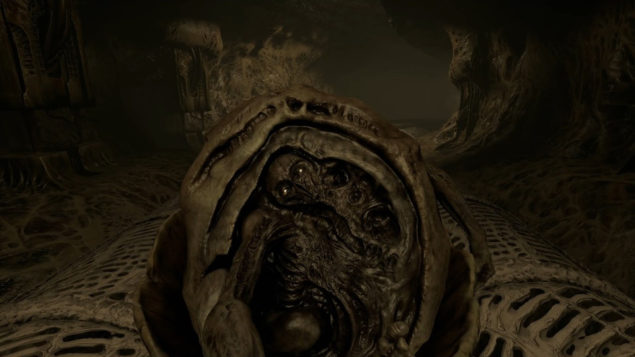 Sony Computer Entertainment has two upcoming conferences in schedule, Paris Games Week in October and PlayStation Experience in December. Given their track record of showing games in relevant territories for the respective studios, it seems much more likely that Sony Bend's title may be revealed during the PlayStation Experience event, or during E3 2016 at the latest.

Last year, we brought you some early concept art leaks. According to rumors and leaks so far, the game should be an open world horror title; another insider, shinobi602, mentioned a few months ago that the game is tentatively scheduled for a 2016 release and we can expect something more akin to The Last of Us in terms of horror, rather than The Evil Within.

Sony Bend, mainly known for creating the Syphon Filter series, released its last two games on the PS Vita (Uncharted: Golden Abyss and Uncharted: Fight for Fortune). However, they have been working on this PlayStation 4 project for quite some time; in January, they even posted a job ad on Gamasutra in order to attract new talents.

We're looking for a lot of different talent, but we're working on a PS4 title. We're looking for some more senior staff people, who want to move to Bend and be part of this team. Animation programmers, graphics programmers, character riggers, concept artists... We're making a big push into next gen, and we need the best.

According to the ad, the new game will use Unreal Engine 4 and Sony Bend is working closely with Epic Games in order to implement it in the best possible way.

That's been a huge boon for us. Because we're working with Epic in a similar capacity to how we've worked with our own studios. We've worked with a lot of the tech teams pretty closely. We're just extending that same kind of velocity with Epic at this point.

Creative Director John Garvin also boasted that people will be blown away when they see it.

We know that when people see this they're going to be blown away. We can boast that this came from our studio. There's a certain amount of innovation that's coming from the technology side, that just keeps us really buzzing.

Technical Director Christopher Reese echoed him and added that Sony Bend is going to push the PS4 where it's never been before.

I think the thing I'm most excited about is the fact we're doing a PS4 game, and it's next gen, and to me that means we face the challenges of reaching a quality bar that's going to make for an awesome experience for the player. Being able to do that, as a small studio in central Oregon, but as a fully-owned studio with PlayStation's full support, means we can reach a quality bar that's really really high. We're looking for badass coders to help us push the PS4 somewhere it's never been before.

Stay tuned for more on this upcoming title.