It has been rumored for quite sometime now that Sony Computer Entertainment's Bend Studio, best known for its Syphon Filter video game titles, is working on an open-world horror video game that will be released exclusively for the latest PlayStation 4 console. Rumors regarding this title are very scarce but it looks like the first screenshots and concept art of this unidentified video game have just been leaked. 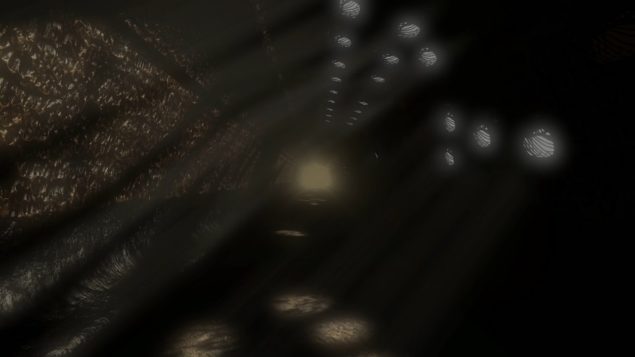 Very few rumors regarding Sony Bend's open-world horror video game have emerged on the internet, some of which are the courtesy of a well-recognized industry insider known as Thuway. He recently stated that Sony Bend is currently developing a PlayStation 4 exclusive open-world horror video game title that is, unlike other famous horror games, not based on zombies. All that Thuway said about the game is mentioned below.

"Word around the block is Sony Bend's game is all sorts of Geah'damn. Might not show up at E3, but lots of talk about it.

Open world, horror, no zombies. Don't know how much truth to this, from sources I usually don't converse with.

feel like it needs to be said about Bend's title. This is the second time I've heard it now. The studio is coming with fire.

Sony's strategy seems to be working with growing studios. Sucker Punch, Ready at Dawn, Media Molecule, and Bend have increased in size."

Now a leak has emerged on the internet showing some screenshots of intimidating in-game characters and concept art. These screenshots are suspected to be from the alpha build of Sony Bend's PlayStation 4 exclusive open-world horror game. Check out the leaked concept art and screenshots shared below.