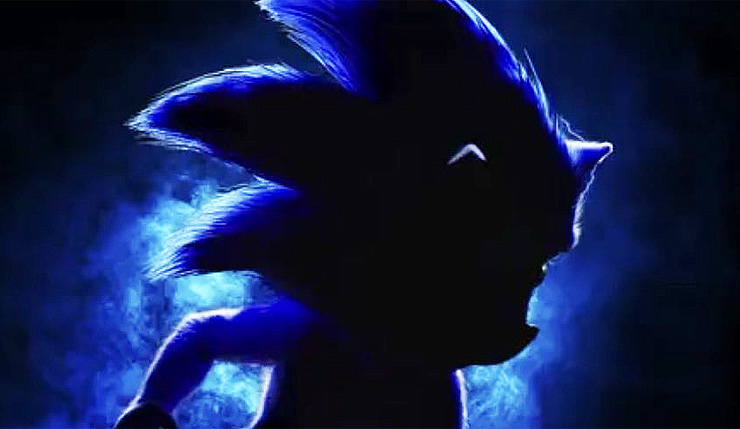 As you may have heard, a new Sonic the Hedgehog movie is speeding our way, and, as with Detective Pikachu, Hollywood is giving our blue hero a rather…odd makeover. A new teaser image has been released via IGN, and while we only get a silhouette of Sonic, it’s clear this is a very different take on the hedgehog. Check it out, below.

So yeah, not only is Sonic covered in fur, but he appears to have a much more “realistic” muscular body. Realistic very much in quotes as there’s nothing particularly natural about a blue porcupine with the body of Usain Bolt. Sonic movie producer Tim Miller (Deadpool) explained the thinking behind the new look.

“It would be weird and it would feel like [Sonic] was running around nude if he was some sort of [sleek] otter-like thing. It was always, for us, fur, and we never considered anything different. It’s part of what integrates him into the real world and makes him a real creature.”

Also, we haven’t seen them yet, but get ready for Sonic to have some weird-ass eyes…

“I don’t think Sega was entirely happy with the eye decision, but these sorts of things you go, ‘It’s going to look weird if we don’t do this.’ But everything is a discussion, and that’s kind of the goal, which is to only change what’s necessary and stay true to the rest of it. [Sonic is] not going to feel like a Pixar character would because I don’t think that’s the right aesthetic to make it feel like part of our world.”

Okay, let’s not dance around it – this version of Sonic looks like a furry. Obviously, some folks are going to be very happy about that, but is it going to appeal to a wider audience? I don’t know. Given the success of Wreck-It Ralph, which renders its video game stars in more traditional ways, I don’t really understand why Hollywood is suddenly obsessed with giving them a “realistic” (again, quotes required) makeover.

Sonic the Hedgehog is scheduled to hit theaters on November 8, 2019. The movie stars Ben Schwartz as the voice of Sonic, and Jim Carrey as Dr. Robotnik. Yes, really.