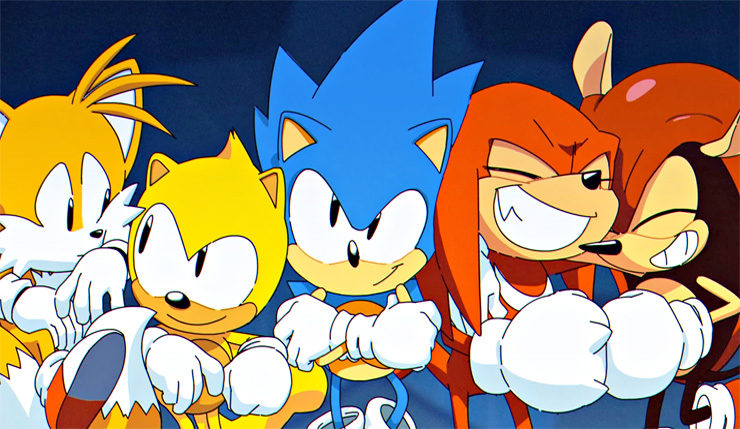 Last month Sega unveiled Sonic Mania Plus, a new deluxe retail version of the previously digital-only retro platformer. At the time, Sega would only commit to a vague “summer” launch, but now they’ve nailed down a July release date and unleashed a slick new animated trailer featuring the gloriously obscure Mighty the Armadillo and Ray the Flying Squirrel. Check it out below.

Here’s everything included in Sonic Mania Plus:

Sonic Mania Plus builds off the momentum of one of the best platform games of 2017, Sonic Mania, introducing two new playable characters from past Sonic games, Mighty the Armadillo and Ray the Flying Squirrel and an Encore mode that will provide a fresh look to familiar zones with new challenges and layouts for new and veteran players alike. Competition and Time Attack modes will receive an update allowing four player competitions, and ghost challenges for time trials. This content packaged in an all-new physical edition which will come with a 32-page collector’s artbook, a reversible SEGA Mega Drive cover, and holographic packaging. 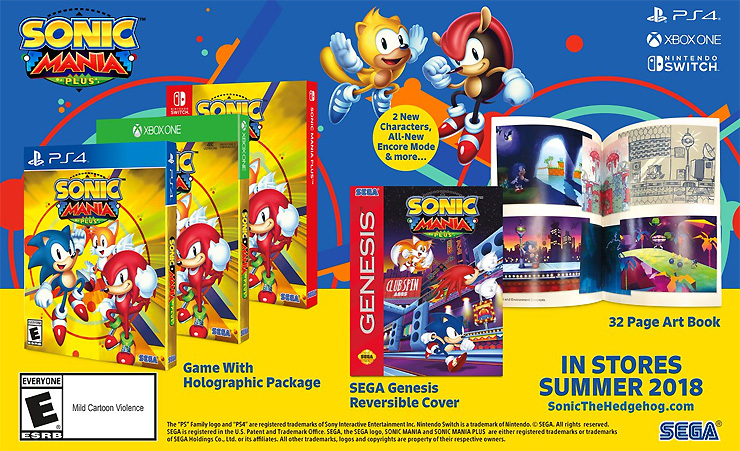 Sega has also revealed those who've already purchased the original digital version of Sonic Mania can get all the “Plus” content for only $5. Not a bad deal!

Still haven’t given Sonic Mania a spin? You’re definitely going to want to add Sonic Mania Plus to your wish list, as it’s a game that shouldn’t be missed. Wccftech’s Dave Aubrey had nothing but good things to say about Sonic Mania in his review:

“It’s hard to write a bad word about Sonic Mania. It’s a complete, classic package, at a great price. Each character you play as feels just as you remember it, but sharper. Each classic stage starts as you remember it, and then transforms into something completely new. Sonic Mania is a love letter to fans and a testament to the Blue Blur himself – a modern classic that Sonic fans old and new have to experience.”

Sonic Mania Plus races onto Xbox One, PS4, and Nintendo Switch on July 17. The new version of the game will set you back $30.