Sonic Mania Plus to Get a Physical Release, Adds New Game+, Extra Characters, and More 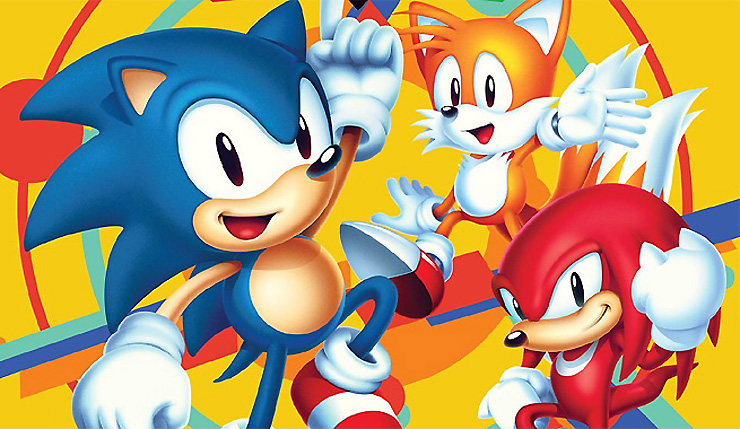 Sonic Mania is a great retro product in every way but one – there’s currently no way to buy a physical copy of the game for your game shelf. Rumors of a Sonic Mania physical release have been floating around for months, but Sega hasn’t had much to say on the matter. Thankfully, they’ve finally broken their silence.

During their “Gotta Go Fast” Sonic the Hedgehog panel at SXSW, Sega officially announced Sonic Manic Plus, an enhanced retail re-release of the acclaimed platformer. Sonic Mania Plus comes in a pretty swanky package, which includes a reversible cover (one side is holographic, the other has the classic Sega Genesis border), and a 32-page art book. Check it out: 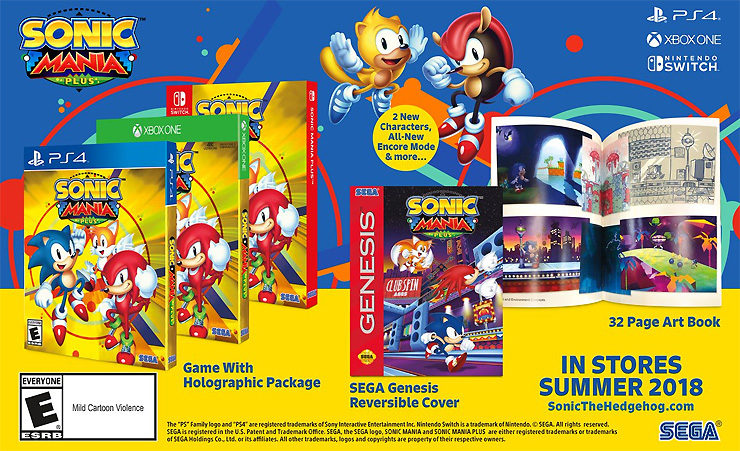 In addition to the physical goodies, Sonic Mania Plus also packs in more content. Sega is adding a couple deep-dive playable characters in Mighty the Armadillo from and Ray the Flying Squirrel (both are from the super-obscure SegaSonic the Hedgehog arcade game), a new Encore mode for those who have beat the game, and 4-player Competition Mode support. Not bad!

Sega will also be releasing Sonic Mania Adventures, a new YouTube animated series done in the same style as Sonic Mania’s intro. You can check out a sneak preview, below.

Still haven’t given Sonic Mania a spin? You’re definitely going to want to add Sonic Mania Plus to your wish list, as it’s a game that shouldn’t be missed. Wccftech’s Dave Aubrey had nothing but good things to say about Sonic Mania in his review:

“It’s hard to write a bad word about Sonic Mania. It’s a complete, classic package, at a great price. Each character you play as feels just as you remember it, but sharper. Each classic stage starts as you remember it, and then transforms into something completely new. Sonic Mania is a love letter to fans and a testament to the Blue Blur himself - a modern classic that Sonic fans old and new have to experience.”

Sonic Mania Plus launches on Xbox One, PS4, and Nintendo Switch sometime this summer. The package will set you back $30.