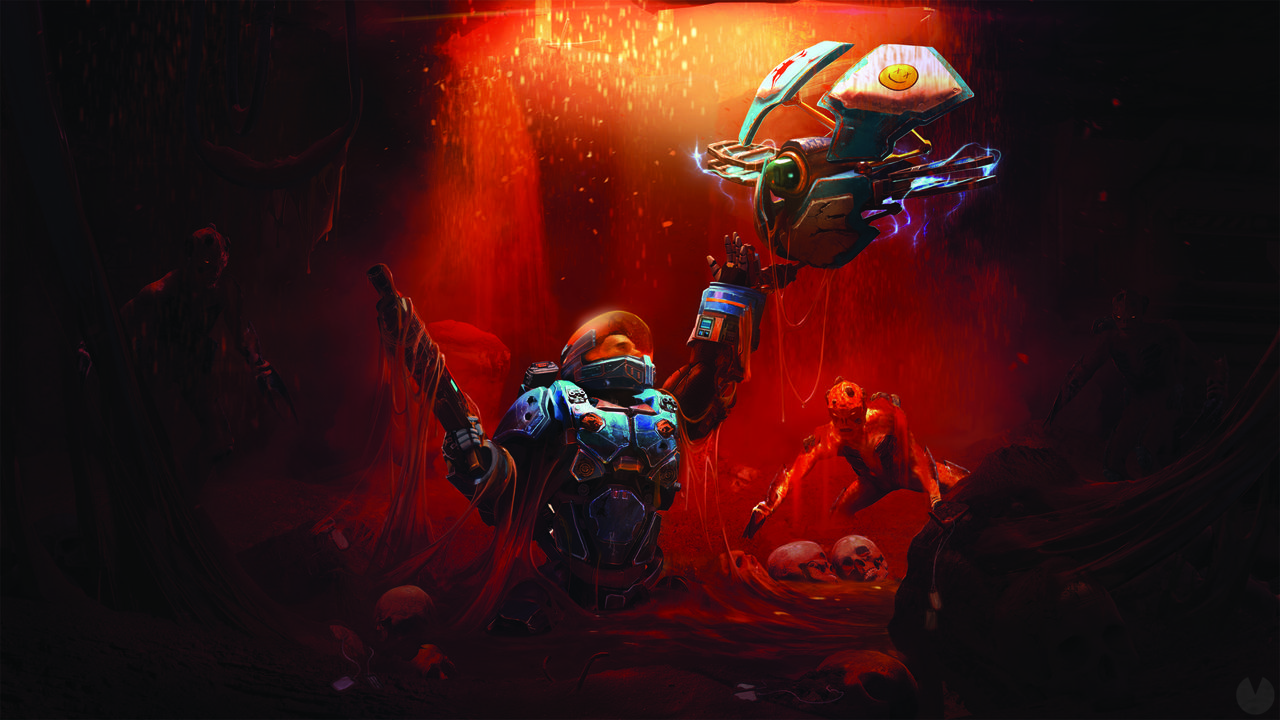 Solstice Chronicles: MIA, the twin stick shooter currently in development by Ironward, it's getting ready for release sometime this year on PC and PlayStation 4, but it seems like the team needs help from players to complete development.

Today, the Solstice Chronicles: MIA Fig campaign has been launched, with Ironward seeking $30,000 to cover the final stretch of development. All Fig backers will have the opportunity to claim rewards such as early Alpha access, free copies of The Red Solstice, the game's predecessor and more. The campaign will last until March 23rd.

Solstice Chronicles: MIA is a very interesting twin stick shooter with some tactical elements that set it apart from similar games.

Using 'Scout', for example, will send the drone out for supplies, but make the fight more difficult, while 'Taunt' causes the drone to lure in larger waves of weaker enemies. 'Bomb' will decimate your enemies, but the next wave will push even harder. And, while 'Block' may give you some breathing room, it also has a nasty habit of attracting bosses to the fight.

Will your choices lead you to freedom... or your doom?

Solstice Chronicles: MIA features include:
- Tactical, twin-stick shooter including two-player couch co-op.
- Story-based, 18 mission campaign branching from the events of The Red Solstice.
- Survival mode in which you decide when to EVAC, and when to push for bigger rewards.
- Customize skill-trees of four classes - Assault, Demolition, Hellfire, and Terminator.
- Upgradeable weaponry including shotguns, rocket launchers, flamethrowers, and more.
- Use your drone's abilities to aid in combat, manage threat levels, and scavenge supplies.

Solstice Chronicles: MIA launches sometime this year on PC and PlayStation 4. If you're wondering how the game is shaping up, you can check out our hands-on preview from a few months back.

Solstice Chronicles: MIA To Release Next Month On Steam