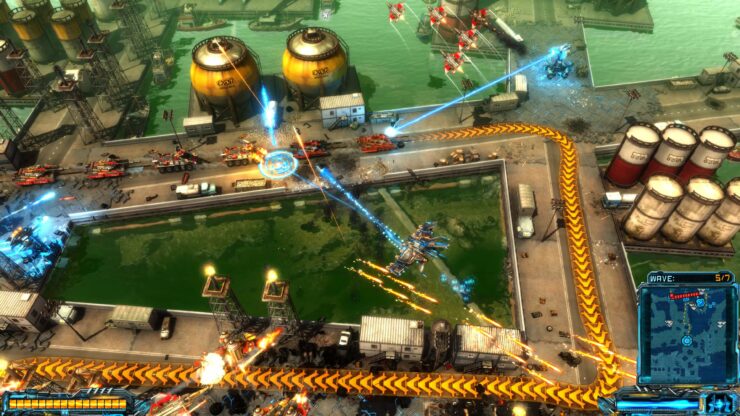 It's a mix of twin-stick shooter and tower defense genres where, for once, you play as the invading Aliens. It's not going to be a walk in the park anyway since humans built huge mech fighters that can go toe to toe with Alien technology.

Far and away, though, the defining feature of X-Morph: Defense is its incredible environmental destruction, the likes of which haven't been seen since Red Faction.

Powered by NVIDIA's PhysX technology, every building can be destroyed "piece by piece" in this game. The developers also revealed the system to be so precise that players can strategically use the destruction to their advantage. The falling direction will depend on how the building was cut down; it's possible to cut a building in half or just collapse a part of it. For instance, players could block passages and make it tougher for the humans to reach the X-Morph core objective.

Another great news is that the game will feature split-screen co-op. Here's a more detailed overview of its features.

X-Morph: Defense already has a Steam store page and will be released for PlayStation 4 and Xbox One, too. Take a look at the gallery of 4K screenshots and a 4K@60 gameplay trailer below.