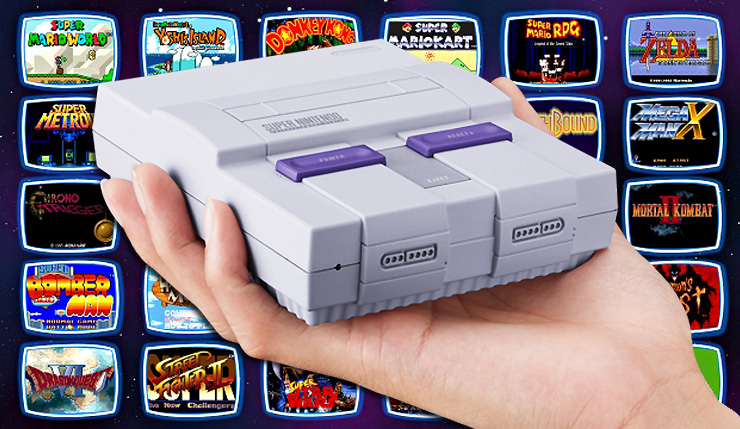 The SNES Classic Edition/Mini has been hacked. That’s hardly shocking, as hackers began tinkering with the system as soon as it was released and found it uses essentially the same hardware and software as the already-hacked NES Classic, but still, this happened fast. It took over 2 months for easy-to-use hacking tools to be released for the NES Classic. The SNES Classic got them in half that time.

Exploiting the SNES Classic was a simple matter of updating Hackchi2, the program used to hack the NES Classic. The latest version of Hackchi2 allows SNES Classic owners to load countless additional 16-bit favorites onto the system’s 300 MB of internal storage, and even adds a few new features, including a virtual Home button and custom borders.

Want to make your SNES Classic a little more versatile? You can download the latest version of Hackchi2 here. Of course, hacking your SNES Classic will void its warranty and make Nintendo very very sad, so proceed at your own risk. You can check out a simple step-by-step guide to getting Hackchi2 working, and footage of dozens of unsupported games running on the system, below.

Not every SNES game will work using this method, but hundreds of them will. Hackchi2 works with pretty much any NES game, but many SNES games ran on custom-designed chips, making emulation difficult. As of now, cult favorites like ActRaiser 2, Goof Troop, Illusion of Gaia, and Kirby’s Avalanche won’t work on the SNES Classic. You can get a full list of the supported games right here.

It’s rather surprising to see Nintendo take such a blasé approach to piracy protection with these systems, but I suppose they figure the main audience for the system (older lapsed gamers) aren’t that into the hacking scene. They’re probably right about that.