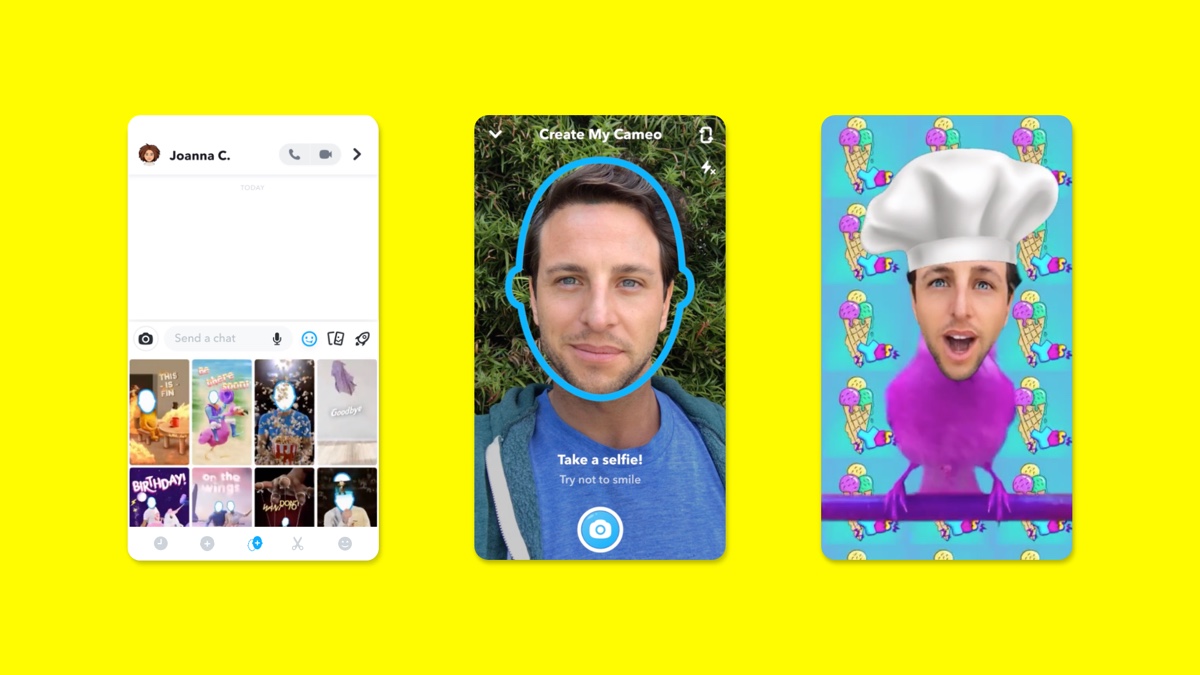 Snapchat has rolled out a new feature called Cameos that lets users put their face in an animated video clip. Cameos rely on deepfake technology, but they are purely for entertainment purposes and work only with a pre-selected list of clips.

Snapchat’s Cameos are AI-generated videos which use a user’s selfie to put them in the video. Snapchat has a selection of 150 videos which are divided between different categories, that can be used for cameos. The technology used by Cameos is similar to the controversial deepfakes technology, used to create fake videos. However, what keeps Cameos uncontroversial is that Snapchat only allows users to put their faces on videos which have been selected by the company.

Cameos is a result of Snapchat’s acquisition of AI Factory, as reported by TechCrunch. Snapchat paid $166 million to acquire the company. AI Factory was co-founded by Victor Shaburov, an ex-Snapchat employee, who had previously founded Looksery. Looksery was acquired by Snapchat in 2015 and its technology was used to create the Lenses feature in the app.

Cameos are fun little clips which remind one of JibJab greeting cards. JibJab has been around for a long time and also lets users put their faces in greeting cards for a comedic effect, however, the result is not as polished since it does not use deepfake technology.

For now, Cameos supports 150 videos, some of which allow two people to appear in together in the video. Now that Snapchat has rolled out this feature, it is only a matter of time before Facebook or Instagram also announced their version of Cameos. TikTok, the new social network on the block, is also working on its own version of deepfake video technology.