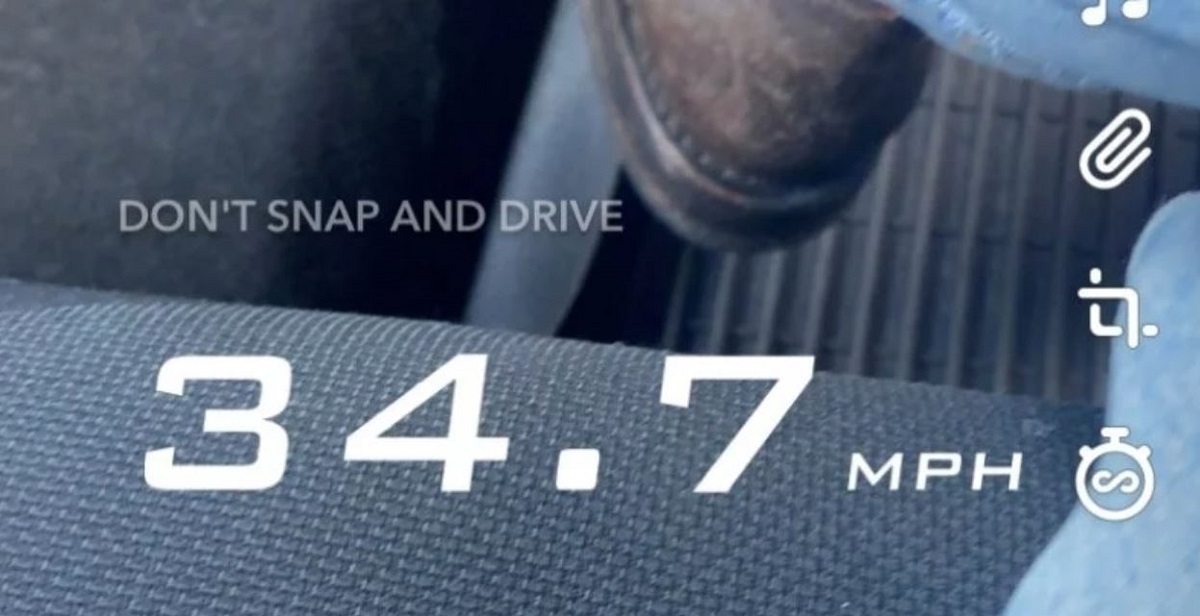 Snapchat featured a speed tracking filter which we are all familiar with. It allowed users to post their snaps as their Snapchat stories or send them to people as part of their streak. Now, the company has announced that it will be discontinuing its Speed filter over driving safety concerns. According to the company, the popularity of the Speed filter dropped in the recent past, and that users 'barely used' it.

If you are unfamiliar with the Speed tracking filter on Snapchat, it basically allowed users to record and share the speed at which they are driving their car. The filter raised safety concerns for the driver as they would be using their smartphone while driving. Some users are posting their snaps while driving at high speeds, which could potentially be the cause of dangerous outcomes.

While Snapchat has been fighting against several lawsuits against the Speed filter, the company has decided to forego it over safety concerns (via NPR). However, the lawsuits did convince Snapchat to make some changes to the Speed filter. The company added a "Don't Snap and Drive" over the filter and the speed limit was set to 35mph. The speed limit is probably the reason why the filter declined in popularity.

Snap has defended the feature in the face of warnings from safety advocates who’ve argued that it encourages reckless driving. The company has also faced lawsuits from the families of those who have been injured or killed in car crashes where drivers were moving at excessive speeds, allegedly to score bragging rights on the app.

While Snapchat's Speed filter encouraged users to drive and use their phones, it is a good idea to remove the filter for driver's safety. This is all there is to it, folks. Share your views with us in the comments.