SMITE Dev: We’re Locked @30FPS On Consoles Because of Technical Issues, But 60FPS Might Happen 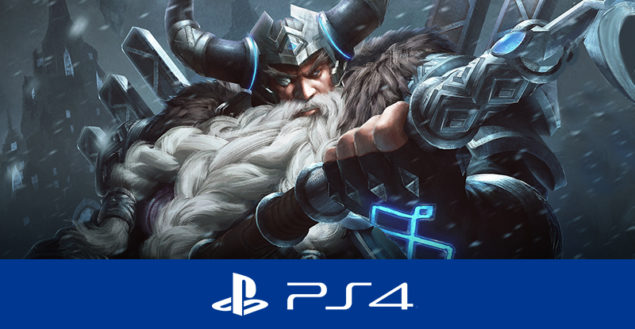 SMITE recently became available on PlayStation 4 (in fact, we still have EU/AU/NZ codes if you're interested) in Alpha state and to celebrate the occasion, some developers from Hi-Rez Studios have answered lots of community questions in a Reddit AMA.

One user asked if the third person MOBA, which isn't exactly known for having incredible graphics, could be expected to run at 60FPS. The answer was that there are technical issues currently requiring a 30FPS lock on both Xbox One and PlayStation 4, though that doesn't mean a performance enhancement to 60FPS will never happen.

We are currently limited at 30 Frames Per Second for both Consoles.
While we would love 60 FPS there are some issues technically with making this work, especially considering that the system needs to keep track of many more things than a normal single player experience would normally have. That being said, we have made a lot of improvements in the past, and if we see a chance for 60 FPS we will pursue it.

This comes just days after Bulkhead Interactive's Joe Brammer said that the limits of Xbox One and PlayStation 4 may prevent 60FPS on consoles for Battalion 1944.

As for what were the hardest parts while porting SMITE to PlayStation 4, rewriting CPU code and the user interface (UI) were cited.

UI is a big portion of our work on the consoles due to it being nearly a complete re-write of the code. The work on UI essentially is doubled every patch we put out there.
The CPU structure is also vastly different from the average PC's. Since Smite was in development on PC for a few years prior to us going into the consoles, the title was optimized mostly for dual core set ups. Since the consoles have more CPU cores, but lower performing 1st and 2nd cores than the average PC, we have had to dedicate plenty of time and resources into taking advantage of multiprocessing computing.

They have also confirmed that the end goal is to reduce the patch delay (due to certification) from the PC version to 2/3 weeks, and that the opportunity to copy/merge PC accounts with PlayStation 4 accounts is being finalized.