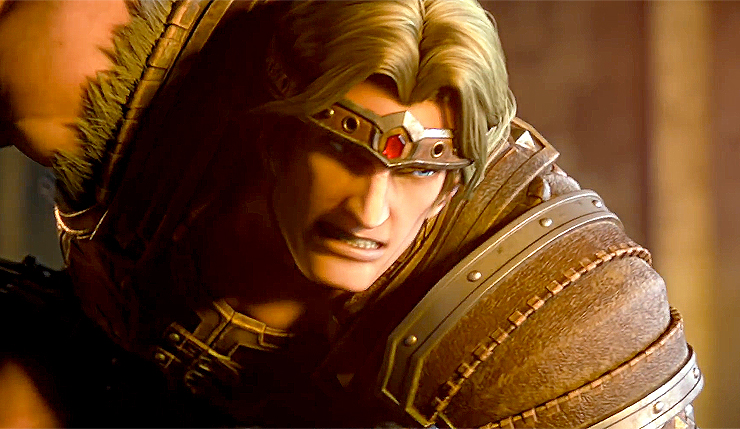 Nintendo just unleashed a new Super Smash Bros. Ultimate Direct, and, as you would expect, it was jam-packed with exciting info, including the reveal of two debuting characters, as well as new “Echo Fighters”, Assist Trophies, stages, modes, and more! It’s a lot to take in, but if you have about half an hour to spare, you can check out the entire Smash Bros. Direct, below.

Here’s a rundown of some of the key announcements…

Simon Belmont: Yes, the leak was legit -- Konami’s original vampire hunter is joining the fray! Simon Belmont is sporting his classic look from the 8-bit era and he wields all his traditional weapons, including the Vampire Killer whip, axe, cross, and holy water. His Final Smash is the Grand Cross, which locks an opponent in an explosive coffin. Simon seems a touch slow, but his whip gives him a huge amount of range and it looks like he hits hard.

Simon’s signature stage is Dracula’s Castle, which includes cameos from all the series’ most iconic bosses, including, naturally enough, Dracula himself. The stage is going completely over-the-top with 34 music tracks, from across the Castlevania series.

In addition to Simon, you can also play as Richter Belmont from Castlevania: Rondo of Blood. Richter is an Echo Fighter, meaning he’s basically just a new skin for Simon, but it’s still nice to see an underappreciated Belmont clan member represented. The fan-favorite Alucard will also appear as an Assist Trophy.

King K. Rool: Well, here’s a blast from the past! We haven’t heard much from King K. Rool since the 90s, but Donkey Kong’s bug-eyed adversary will be a full-on member of the Ultimate roster. He looks to be somewhat similar to King Dedede in fighting style, but he can also fire off cannonballs at opponents.

Echo Fighters: Richter Belmont wasn’t the only Echo Fighter revealed – we’re also getting Chrom from the Fire Emblem series (an echo of Roy) and Dark Samus (I think you can guess who she’s an echo of).

Stages: Smash Bros. mastermind Masahiro Sakurai revealed Ultimate will have a rather absurd 103 stages. The classic Pokemon Stadium, Unova Pokemon League, Garden of Hope, Brinstar Depths, Summit, Magicant, Gamer, and Final Destination stages were all confirmed to be returning. We also got a glimpse at the fresh New Donk City Hall stage, which features Mayor Pauline performing “Jump Up, Super Star!” in the background. Here’s a look at the full stage select screen… 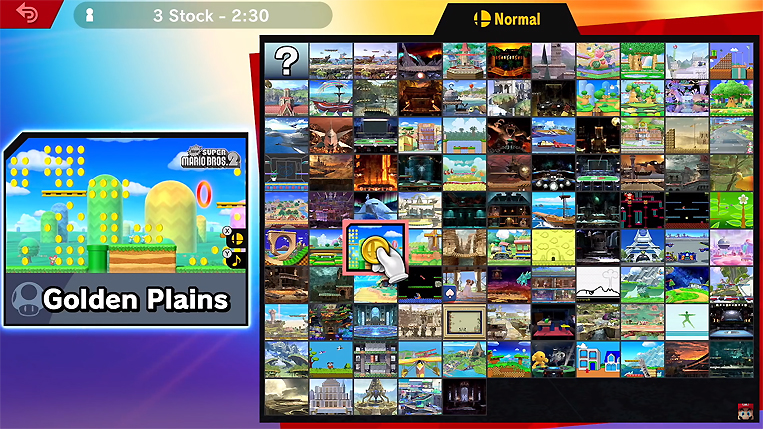 Smash Bros. Ultimate will also introduce the new Stage Morph feature – select any two stages, and the game will morph from one to the other mid-battle.

Music: Smash Bros. Ultimate will include over 800 tracks, which add up to over 28 hours of music. Tunes are tied to franchises, so, for instance, you can now listen to any The Legend of Zelda track you want when playing on a Zelda-themed stage. There is also a Sound Test menu, which lets you create custom playlists that can be listened to when your Switch is in Sleep Mode.

New Modes: A number of new competitive options were also revealed, including…

Phew! I think those are all the big announcements – Nintendo sure knows how to pack a lot of info into half an hour! What Smash Bros. Ultimate announcements are you most excited for?

Super Smash Bros. Ultimate brings the rumble to the Nintendo Switch on December 7