Will The Smart Home Be A Reality Soon? Swift Industry Strides Might Make It To So

With this year's Consumer Electronics Show having come to an official end, once again we've been able to see almost everything we could imagine relate to technology and gadgets. From paper smartwatches, to curved smartphone displays, to 8K TVs, to autonomous self-driving cars, to Maxwell graphics on a mobile processing chip, CES at Vegas has covered everything there is to cover.

There's one thing missing from the list above though. And it has the potential to essentially change the way you interact with your very surroundings and live in your homes. While smart homes sounded a very novel concept at the time of their induction in the industry, by the way things have proceeded at CES all that could change pretty fast. 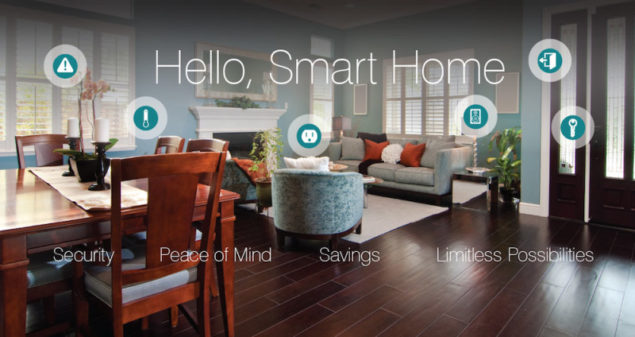 Starting To Build A Smart Home Is Now As Easy As Going Out, Buying Devices And Connecting Them

Lets start from Samsung. In August last year, the Korean giant bought start up Smart Things for $200 million. At the time of the acquisition, the Korean company's blog stated, "SmartThings supports an open and growing ecosystem of developers, who are producing new types of connected devices and unique apps in the cloud that change how everyday objects work". And now, with this year's announcements at CES, the company is looking to go even bigger. Samsung CEO Boo-Keun Yoon made some impressive announcements at this year's CES, claiming that within the next 5 years, every Samsung device will be an Internet of Things device. And considering the sheer amount of different devices that Samsung manufacturers, take these words as no simple understatement.

Despite these optimistic claims about the future, the automated home market is far from fully developed. Before this year's CES, several problems remained when it came to smart homes. These revolved around the usability of devices and more importantly a lack of a single standard under which devices could finally integrate. A lack of a unified standard further led towards a lack of devices which could be simply connected and used. After all, if manufacturers weren't sure of what would catch on, how could they be sure of what standard to choose while designing their devices? 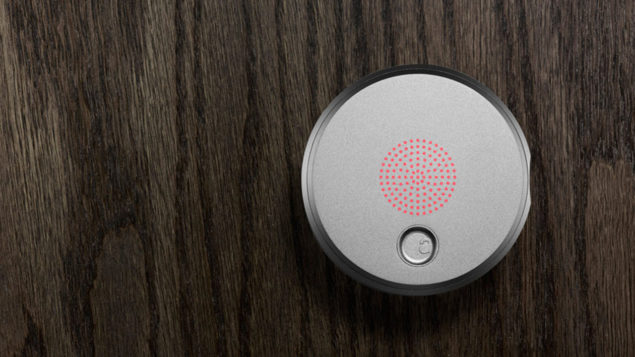 Things however did start to change, and focus more towards solutions focused around particular items or requirements in a standard home. An example of this is the retail launch of the August smart lock this October. The August smart lock essentially replaces the deadbolt on your door with the cool gadget pictured above and can be controlled through August's app for iOS and Android. And speaking of iOS, this year's CES saw a lot of different products centered around Apple's HomeKit, which was something that Tim Cook spoke about at the iOS 8 debut.

And like all things Apple, HomeKit devices shown off at CES are extremely simple to use. Take the example of iDevice's Switch. All you need to do with the device is simply connect it to a power source, plug in your electronics and then wirelessly control them through Siri. Not only that, you'll also be able to control your smart plugs and other devices launched, such as Insteon's HomeKit hub for devices and Elgato's HomeKit sensors while you're away from home. But you're going to need Apple TV if you want to control your devices outside of home, and while there's been no indication so far about Cupertino's plans to make Apple TV the hub of its HomeKit platform, its removal completely would undoubtedly help HomeKit a lot, particularly as a lot of manufacturers have jumped on the platform at this year's CES. 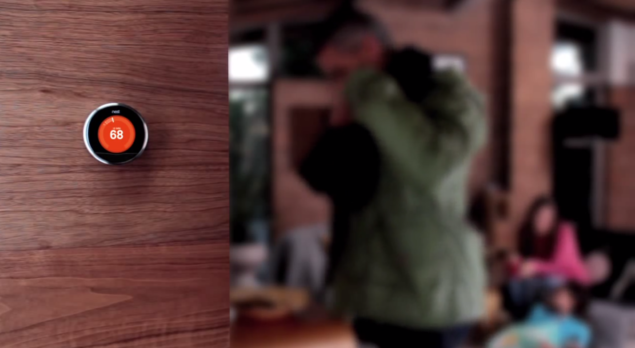 With all that on the side, where does this leave things with Google, and its acquisition of the smart home startup NEST this January for $3.2 Billion dollars. While core NEST products remain limited to a smart thermostat and smoke detector, the project has a Works with NEST program which covers devices that connect with the aforementioned devices. To make these devices work, all you need to do is buy a NEST core product and the devices will center themselves around it. Your smart home will now simply be based on the amount of products you purchase.

NEST also expanded its partner base significantly at this year's CES. The Works with NEST program now covers a diverse amount of products, ranging from cars to washing machines. As mentioned above, August's smart lock also works with Google's NEST. Phillips' Hue lightbulbs will be able to synchronize with your Nest smoke alarms. LG's refrigerators and ovens will co-ordinate with Nest for power saving. And that's not where the list ends. At CES, Nest announced a total of 15 more partners with its Works with Nest program. These include Phillips' Hue, Insteon, LG, Lutron and more which will be able to start working with Nest from January. Even more, including Whirlpool's washing machines will be coming later this year. 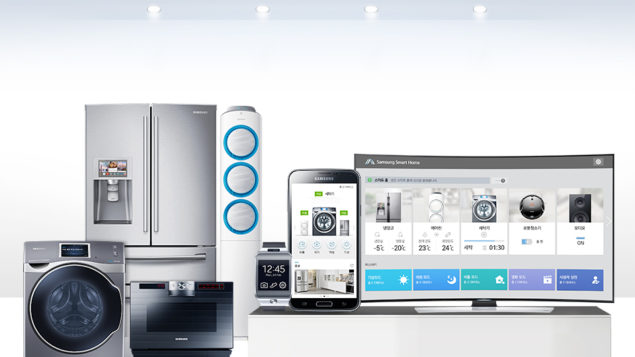 With HomeKit and Nest seeing their appliance and product base expand, where does that leave things with Samsung? At its keynote at this year's CES, the Korean electronics outlined its ambitious plan for the Internet Of Things. In its vision for 2020, as mentioned above as well, Samsung wants every product it sells to be connected to the Internet Of Things. In fact, Alex Hawkinson, CEO of Samsung's SmartThings, SmartThings will be pushing for openness across all platforms, "at all the layers: connectivity, device, cloud."

"The focus is on the emergence of open platforms," Hawkinson says. That emergence might not come soon, but it is coming. "The move from early adopter into the mass market is happening right now." Samsung's vision for IoT devices involves each of its devices being able to connect to every other device out there, regardless of the fact that whether they are Samsung devices are not. While this vision does sound like the right way for IoT, an emergence of a platform that allows devices to co-ordinate with each other as well, rather than just interact also needs to emerge. While SmartThings does have some solution as to how to address this problem, its far from a concrete one.

Whatever the case may be, smart homes have made huge strides over the last year and the emergence of a future smart home where all your devices are interconnected and are able to respond to your instructions wherever you are doesn't seem that far fetched anymore. All its going to take is the ironing out of a few kinks in the process; namely the emergence of a single language with which these devices communicate and better adoption amongst partners and consumers and smart homes will only be a simple matter of purchasing devices and setting them up. Agree? Disagree? Let us know what you think in the comments section.

Samsung SmartThings Will be Getting Google Nest Integration Next Month

How to Group HomeKit Accessories Together and Control them as One