iOS 5 is finally here for the iPod Touch, iPhone and iPad 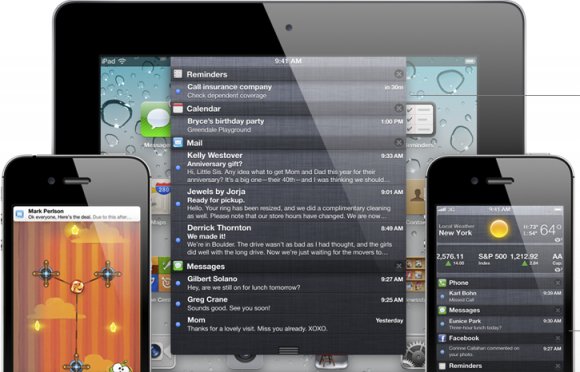 Apple was set to launch iOS 5, the newest version of their mobile operating system on October 12th and they've kept their word, iOS 5 is finally here. But before you can get iOS5 for your iDevice, you need to update iTunes first. Apple released iTunes 10.5 yesterday and if you haven't updated to it yet, go ahead and do it now. iTunes 10.5 brings several new features.

So go ahead and download iTunes 10.5 from the Apple website or open iTunes on your Mac/PC and update it through there. After you have iTunes 10.5, its time to download iOS 5 for your iDevice!

iOS 5 has over 200 new (and some borrowed from Android) features. You have a new notifications system, an iMessage app for sending messages free of cost to other iOS 5 users, new Newsstand and Reminders apps, a dedicated Camera button on the lockscreen. You also have Twitter integrated into the OS, update to Safari and split keyboards (for iPads only) among other things.

If you have an iPod 3G/4G, iPhone 3GS, iPhone 4, iPad or iPad 2, go ahead and connect it to your newly downloaded iTunes 10.5 and update to iOS 5 to get started with the new OS.

This is an important day for Apple, Android OS has improved greatly over the years and more and more people have been switching from Apple's devices to Android due to the OS. Now Apple can get its lost market share back with the all new OS. It will be interesting to see how iOS 5 and the iPhone 4S (which is already a success) launch day after tomorrow affects the smartphone and tablet market, but one thing is plain, Apple is sure to benefit from all this. Atleast until the highly anticipated Nexus Prime and Android Ice Cream Sandwich come along.