In the previous few years, Facebook has been making a lot of variations in terms of its integrated messaging app. Categorically, Facebook is working for both an average user and organisations, providing productivity features to its customers. Considering a market gap for certain services, Facebook is realizing a whole lot of other stuff to integrate with its messaging app. Its recently we heard about Facebook experimenting on its very own virtual assistant. 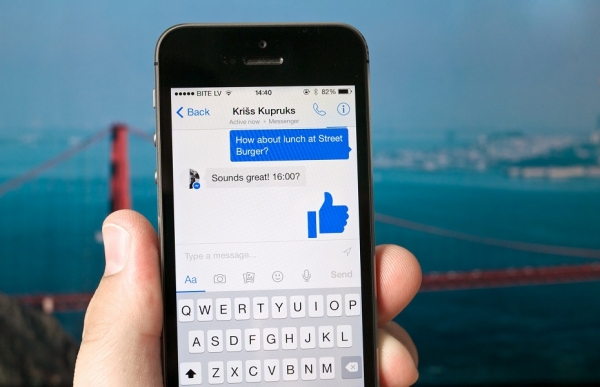 Facebook's virtual assistant, dubbed as 'Moneypenny' will rival the giants of the field like Siri, Cortana and Google Now which we're all familiar of. Little do we know about Moneypenny project for now but reports suggest that the virtual assistant will be different from those already in the market. It is said to feature assistance from 'real people' instead of replies set in the machine.

Moneypenny To Take On Siri And Cortana?

Facebook has taken on Cash Transfers and more in the recent years and now it has come to a turn on challenging Apple and other giants of the industry. The scarce features that we know is that Moneypenny will focus on research and shopping. For every transaction that you do, Facebook will charge a specific amount for itself. We do not know how Moneypenny will be available to achieve this in the context but surely Facebook would have all figured out. Plus these are not the sole features hosted by Moneypenny, a lot other sections will also be disclosed later by Facebook.

Siri was the first virtual assistant launched by Apple in 2011 that featured voice based commands and by the time it has been continuously evolving to what we use today. The Information has reported to receive a word from people who are part of the project. They said:

"In the latest sign Facebook is serious about Messenger, the company is testing a personal assistant service. Lots of questions remain about how it will work, but Facebook's budding interest in the category will draw attention from rivals and other startups."

It is expected that Facebook will launch Moneypenny on major smartphone platforms such as Android, iOS and Windows. There are no deadlines and due dates o Moneypenny's arrival but we will hear about it soon. This is it for now, let us know how badly do you want to see a Facebook developed virtual assistant.