Siri, Apple's personal assistant for iOS devices has just confirmed WWDC 2016 event dates, and it's not too far off from today. 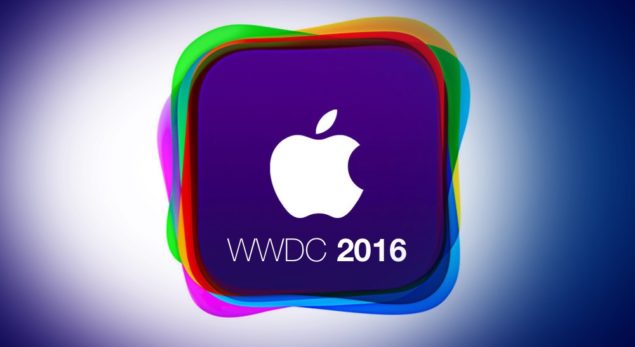 At this point in time Apple hasn't confirmed when WWDC 2016 will take place, but we got a glimpse three months back that the event might take place between June 13 and 17. But interestingly, it seems as though Siri has jumped the gun and has revealed to the world when the mega keynote will take place, and the date to look forward to is June 13 through 17. 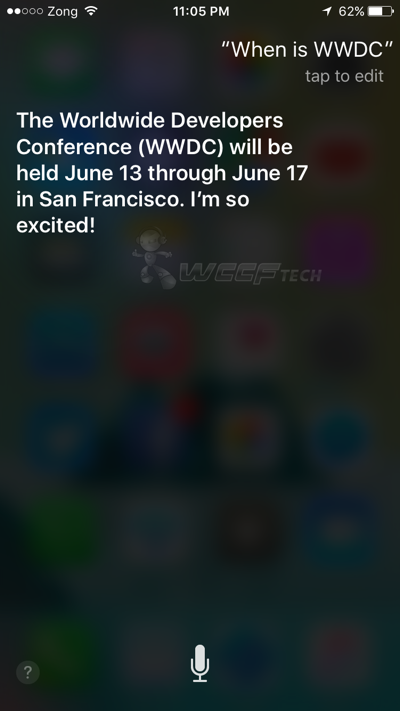 Simply launch Siri on your iPhone, iPad, iPod touch and ask the magic question 'When is WWDC?' and you'll be thrown back with a response as shown in the screenshot above. Apart from the date itself, Siri also confirms that the event will take place in San Francisco, and it's highly likely that the venue will be the Moscone Center as it's the landmark of choice for Cupertino to hold its annual developer conference.

At this point in time it's fairly obvious what Apple will announce at WWDC 2016, with a few surprises also expected to make the cut. For starters, Apple will take the wraps off iOS 10, it's next-gen mobile operating system which powers the iPhone, iPad, iPod touch. Moving on, the company will also take time to showcase the next version of OS X, and it's quite possible that we'll see a brand shift here as well, with recent rumors pointing towards the fact that Apple might rename OS X to MacOS, but of course, that remains to be seen.

WatchOS 3 will definitely be the star of the show, with Apple outlining plans to where it will take its wearable device, the Apple Watch. Lastly, the Apple TV 4 will definitely get some love from the company as well, and tvOS 10 will likely see an announcement.

Coming back to the 'surprises' part, there's a chance Apple might use the stage to announce Apple Watch 2, but of course, that's a solid rumor and we'll advise everyone to absorb it like a pinch of salt.

Apple will release the first beta builds of its new software right after the opening keynote on June 13th for developers, and if past releases are anything to go by, we'll probably see a public beta build hit the scene soon after.

Are you excited for WWDC 2016? Let us know in the comments section below!