Silent Hills can undoubtedly be counted among some of the most gripping and promising projects to have ever emerged in the gaming industry only to hit the dirt owing to unpalatable conditions. The collaboration between the legendary video game designer and director Hideo Kojima, and the one of the most inventive film director Guillermo del Toro couldn’t have brought about anything less than a one-of-its-kind masterpiece, only if Konami had not cancelled the project, which according to del Toro, “makes no f**king sense at all”. 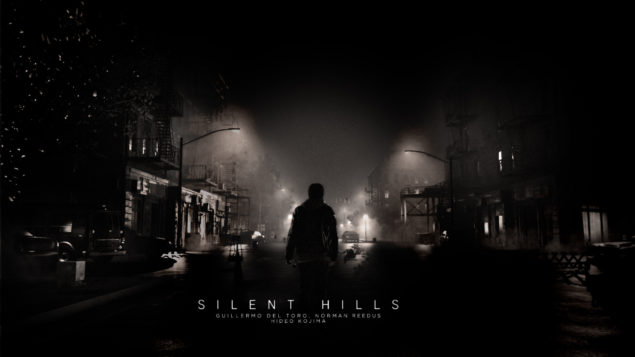 Some Designs for Silent Hills Were Similar to Those Seen Later in The Last of Us, Says Guillermo del Toro - "It's a Shame the Game is Not Happening"

More than a year later since the release of P.T. on PlayStation Store and fans are now trying to get over the cancellation of the original game for which the critically praised demo was released. The past several months have been profusely filled with reports, rumors, and petitions that come after cancellation of the much anticipated survival horror title Silent Hills. While fans mourn Japanese video game publisher Konami’s decision, the team on the project seems to equally aggrieved.

Famed film director Guillermo del Toro recently spoke with horror site Bloody Disgusting in an interview, expressing his thoughts about the cancellation of Silent Hills. According to him, the development work on the game was going pretty smooth, and some games, such as The Last of Us, that came after the work on Silent Hills had begun even included stuff that the team was designing for the survival horror game. So it was meant to be a "remarkable" title, but it’s a shame that it is not happening. He said:

“We had a great experience and had great story sessions with hundreds upon hundreds of designs. Some of the stuff that we were designing for Silent Hills I’ve seen in games that came after, like The Last of Us, which makes me think we were not wrong, we were going in the right direction.

“The thing with Kojima and Silent Hills is that I thought we would do a really remarkable game and really go for the jugular. We were hoping to actually create some sort of panic with some of the devices we were talking about and it is really a shame that it’s not happening. When you ask about how things operate, that makes no f**king sense at all that that game is not happening.”

Makes no f**king sense at all. That’s the randomness that I was talking about”

It is pretty clear that it is not only the fans that were left upset by Konami’s announcement regarding cancellation of Silent Hills. P.T., a so called playable teaser for the game that was released as free-of-cost digital download last year exclusively for PlayStation 4 players, itself offered as immersive an experience as a complete major game would. There is still hope that perhaps the game would one day see the light of day, though the chances are very slim.