So, here is an interesting bit of news - well, technically rumor - and honestly, after all that Japanese-based video game publisher Konami has been through lately, this seems anything but improbable. A report has just emerged on the internet in form of a video, claiming that after the cancellation of PlayStation 4 exclusive survival horror video game Silent Hills, Microsoft is allegedly in talks with Konami to purchase the game as an exclusive for the Xbox One console, and announce it next month during its press conference at E3. 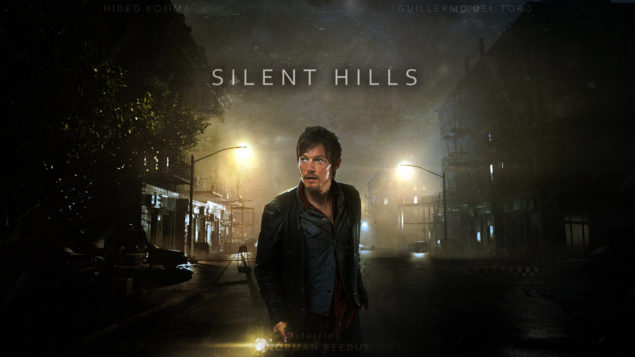 Microsoft Planning to Purchase the Rights to Slient Hills from Konami; Announce the Game as an Xbox One Exclusive Next Month at E3

The past several months have been profusely filled with reports, rumors, joint statements, and cancellations, all centered around the current standing of Japanese video game designer Hideo Kojima with Konami Productions. The controversy revolving around the rift between Kojima and Konami Productions has already resulted in the removal of P.T. from PlayStation Store, and cancellation of the much anticipated survival horror title Silent Hills, which was being developed by Kojima Productions itself in collaboration with film director Guillermo del Toro, and was set to feature the likeness of actor Norman Reedus.

The story just got a little more interesting now that Youtube channel The Know has published a report claiming that an anonymous source within Microsoft has confirmed that the platform holder is in talks with Konami to acquire the rights to Silent Hills, and announce it as an Xbox One exclusive next month at Electronic Entertainment Expo. It is being said that supposedly about 80% development on the game is complete.

The report claims that according to the source, Microsoft is planning to pull off this deal because the company is “hungry for exclusives”. The Redmond-based firm is trying to close the deal before E3, which takes place next month, so that an announcement could be made. Also, the deal would reportedly be worth “billions,” which means that Microsoft might possibly acquire the entire Silent Hill franchise, rather than just spending that huge amount on just one game. If everything proceeds according to plan, Xbox One could get Silent Hills as an exclusive title as early as next year in March, claims the anonymous source.

This is quite huge news right there, and so it obviously requires a lot of credibility to be considered factual. Apparently, the source behind this information is well placed within the industry, and as mentioned several times in the video shared above, it is quite relaible. Funhaus, formerly Inside Gaming, mentions that the source has provided good information in the past as well, with the last major story that it broke being of the Kinect-less Xbox One, long before Microsoft actually announced it.

Of course, once again, all this comes from an anonymous source and we have no way to officially confirm whether the information is legit or not, so unless something is said regarding this matter officially, all this should be taken with a huge grain of salt. Nonetheless, the way Silent Hills was infamously canceled disappointed a lot of players. The return of the title on Xbox One, or any system for that matter, will make a significant amount of players very happy.