Watching other people play video games can sometimes be pretty fun. It’s entertaining to hear the great commentary that sometimes comes with it, and you can sometimes learn a thing or two to improve your own attempts at the game. But what’s better than watching some random person? Watching the creator of the game in question play their own game. 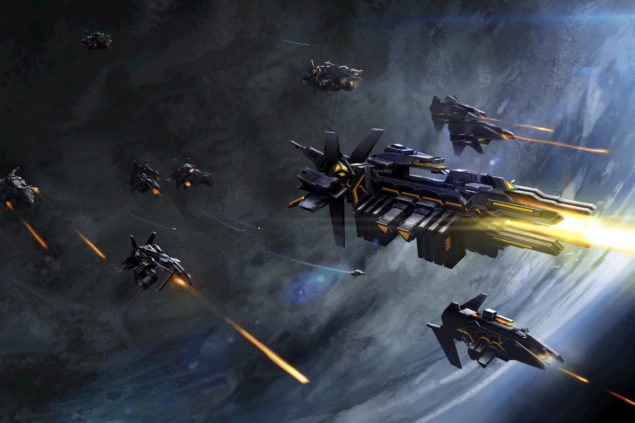 IGN seems to have recorded a session where Sid Meier himself played through the upcoming game from his development shop, Sid Meier’s Starships. He shows off some great new ship designs and plays through a small session of the game, showing us the wonderful and wide galaxy that can be explored within. Sid Meier even engages in a bit of combat, obviously winning with his superior tactical ability.

Just take a look at the top most comment there. It does have a certain truth to it, from a certain point of view.

Sid Meier’s Starships itself looks to be rather interesting. Thus far, of course. The integration with Civilization: Beyond Earth is supposed to bring a unique aspect of continuation to gaming. It’s a continuation of the story by letting you use your mighty fleet to explore the greater galaxy and find more habitable planets. It’s a hex-based 4X strategy game that invites you to explore the mysteries of the galaxy in order to further the survival of the human race beyond your Beyond Earth settlement itself.

By its description alone it seems as if its merely a DLC of Civilization: Beyond Earth by adding something to the game that lets you view a broader and wider view. It appears to be a natural extension and doesn’t truly suggest a completely new and different game. The ability to play with starships is interesting, but is it enough to justify a completely new and separate game? The hope is to bring the two games together. But how will it be delivered? As a new game? An add-on?

Regardless, the underlying idea is great, and watching Sid Meier play his own game and comment on the various new elements is a hoot. So go and enjoy watching the master of the 4X genre show you how to play like a boss.