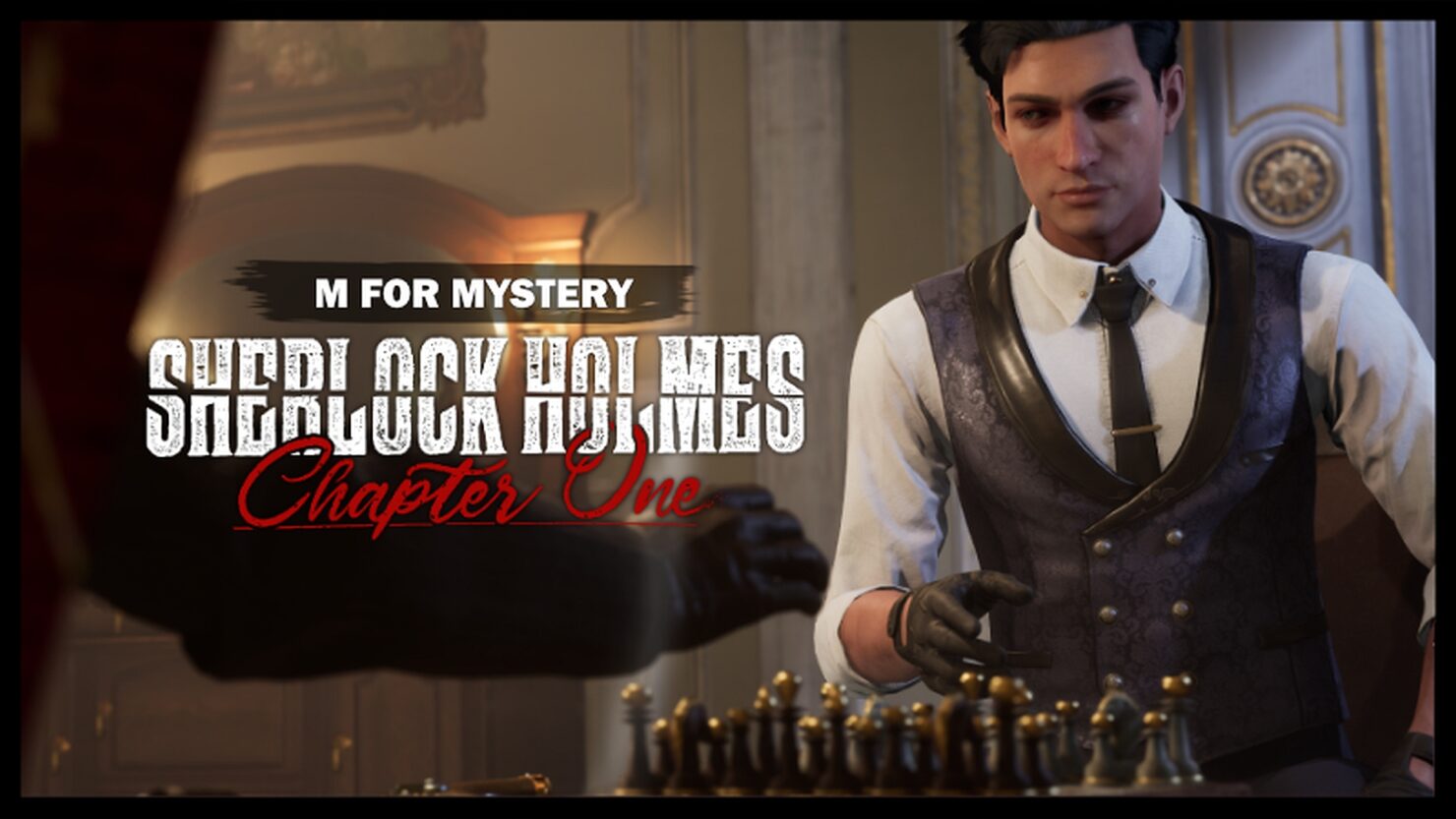 The final paid DLC scheduled for Sherlock Holmes: Chapter One, titled M for Mystery, has been released by Frogwares on PC, PlayStation 5, and Xbox Series S|X.

According to the developers, M for Mystery contains over two hours' worth of gameplay. Here's the overview:

A cunning spy has outsmarted one of Mycroft's agents and managed to steal confidential documents. Sherlock must now step in to face a shadowy figure known only as “M” as he tries to unravel the work of a master spy and saboteur.

M for Mystery can be purchased separately for €9.99 or as part of the Sherlock Holmes: Chapter One Season Pass, which is priced €24.99 and also includes the DLCs Saints and Sinners, Beyond a Joke and Mycroft's Pride.

The Ukrainian studio also released an updated statement on how it is adapting to the war that's ravaging its home country, Ukraine. CEO Wael Amr (whom we previously interviewed on this very topic) stated:

Put simply, we need to keep the studio alive and functioning to the best of our abilities now more than ever. Nobody on the team is expected to work, only those who can and want to. Some on the team have become full-time volunteers in the humanitarian efforts around the country. Others have joined the defense forces. The rest are in various, safer locations abroad or around the country and have made themselves available to work remotely. And we continue to pay all of these people on the team. For those fighting or volunteering, each of their spots on the team will be waiting for them at the end of the war. But essentially it is through a collection of staff that either fled Ukraine to neighboring EU countries and those who have relocated to safer areas who are keeping Frogwares going right now. We are an independent studio with no external financing, investors, or parent company keeping us afloat. So it's up to us alone and through the support of our players wanting to play our games that will keep this studio alive. And as this war drags out more and more, we and people all around Ukraine are seeing that even if they are not involved in the fighting directly, they need to somehow keep things moving forward. So that when this is all over and it’s time to rebuild and restart, we are not starting from zero.

Lastly, Frogwares announced the upcoming launch of Sherlock Holmes: The Devil's Daughter on Nintendo Switch. The game will release on April 7th in an exclusively digital fashion. Pre-orders are available now on the Nintendo eShop, with a 15% discount off the regular €29.99 price.