The official Shenmue 3 website has been redesigned, and developer YSNet has shared a New Year’s message for 2016.

Shenmue 3’s new website can be found right here, and looks a lot cleaner than it did before. To start of the new year, Shenmue creator Yu Suzuki and his team posted a New Year’s letter for the fans, which reads as follows:

Thanks to Shenmue fans everywhere, 2015 saw the start of Shenmue III. 2016 will be a year with noses to the grindstone to make the next installment of Shenmue worthy of the expectations you have entrusted with us. We would like to again ask you for your support and cooperation for all that lay ahead this year.

Shenmue 3’s Kickstarter campaign was announced at Sony’s E3 press conference with a $2 million target. That goal was reached within 8 hours. After the Kickstarter campaign ended, the game harvested around $6.2 million – a new record for videogame crowd funding. Those who could not participate in the Shenmue III Kickstarter, are still able to support the game by making a donation via Paypal. All funding collected through Paypal will be added to the Kickstarter total for the game’s development. 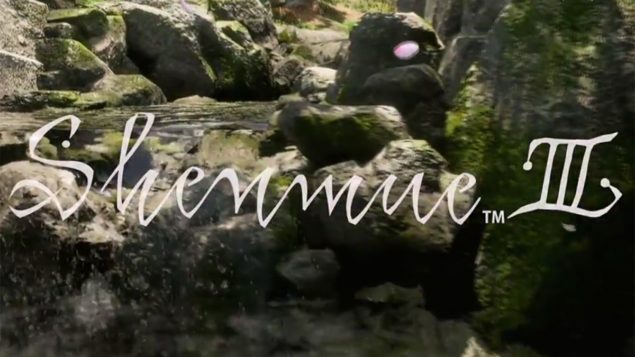 The Shenmue IP is still owned by Sega, who published the first two Shenmue titles back in 1999 and 2001. Back in October, Shenmue creator Yu Suzuki talked about Sega’s involvement, and whether the rights to the IP were transferred to him. “It’s difficult to explain. I am the one who created Shenmue, so Sega allows me to take decisions for the game. They trust me because I know more about the workings of the game more than anyone else”, said Suzuki during an interview with Dualshockers.

Sega has been quiet about their IP for a long time, but in an interview with Marketingweek a few months ago, Sega Europe’s head of marketing Jon Rooke, said that the company is “exploring ways” to re-release the first two Shenmue games as well.