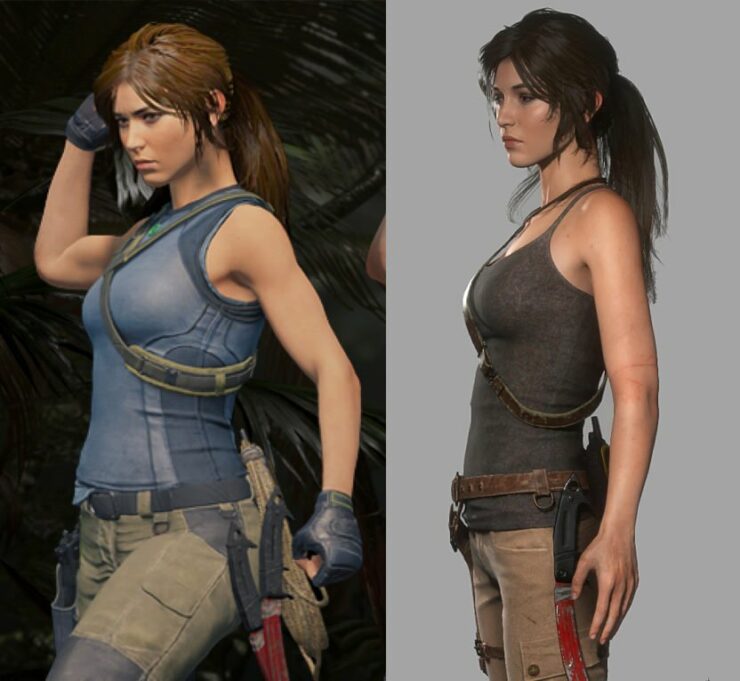 Lara Croft is coming back with a new game due on September 14th and this time, she's literally stronger than she's ever been since the reboot.

In an interview published in the latest Xbox The Official Magazine (June 2018, issue 164) Daniel Bisson, Creative Director on Shadow of the Tomb Raider, talked about the decision to significantly buff up protagonist Lara Croft for the latest chapter in the origins trilogy.

These moves are kind of about nostalgia at the same time, but you can see that she's much more capable.

We get visual confirmation of this thanks to the recently posted official gear guide for cosplayers. Below you can find Lara in different poses showcasing her new physique. 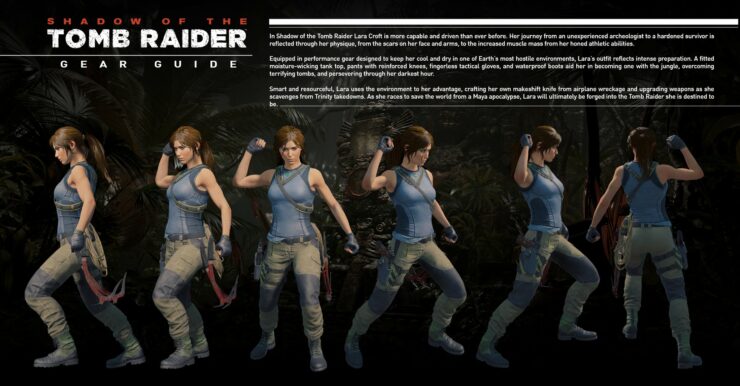 Bisson also said that not only crafting and gathering resources, but also the RPG element as a whole will be considerably more pronounced in this third game.

I can say that what we call the secondary system - the survival system - everything that she's doing in Rise of the Tomb Raider, like crafting, finding resources....We're exploding that way more. The RPG element is way stronger because we want you to create the type of Lara you want to create.

It also showcases how she's much more confident and in control now, so we've expanded that a lot more.

Last but not least, the developers have teased a new non-competitive multiplayer mode with a twist of sorts.

We won't have competitive multiplayer, but we'll have extended gameplay that we'll talk about more later.

We think fans will be pleased. We've listened to the fans, and we're adding a new twist to it that we'll be talking about later. I'll let your imagination go wild.

Nothing like 2013's competitive Tomb Raider MP mode, though. It is something we tried.

Shadow of the Tomb Raider can now be pre-ordered via Amazon.