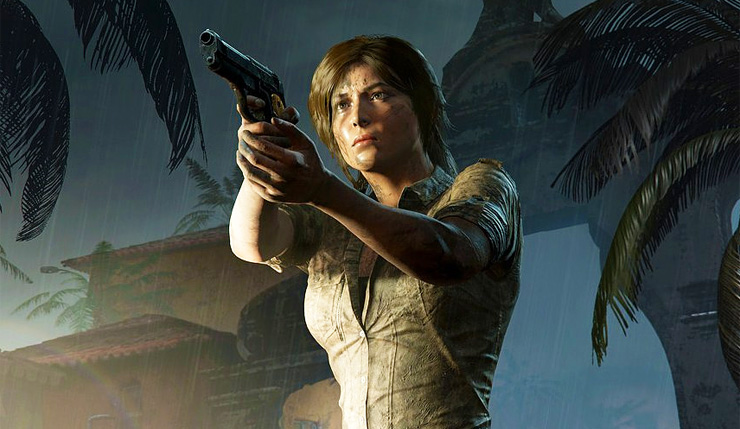 Sony has revealed the free PS Plus games subscribers will have a chance to tackle in January. It seems we can expect three games per month going forward, one for PS5, two for PS4 (which can also be played on PS5 via backward compatibility). Next month we get the PS5 version of the killer shark sim Maneater, the dark Lara Croft adventure Shadow of the Tomb Raider, and unique historical-fantasy RPG Greedfall. 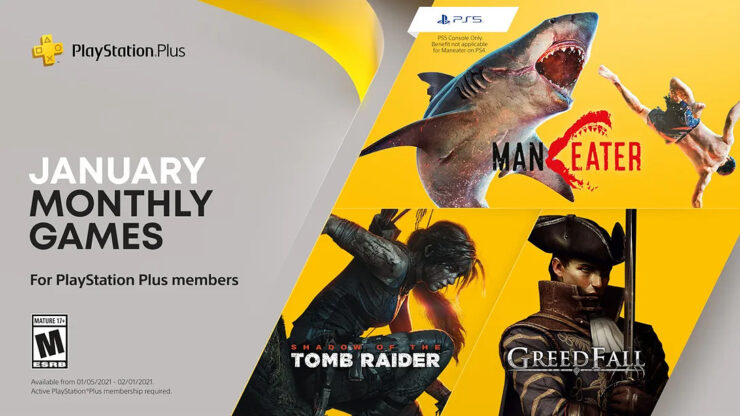 Experience the ultimate power fantasy as the apex predator of the seas – a terrifying shark! Maneater is a single player, open world action RPG (ShaRkPG) where you are the shark. Starting as a small shark pup you are tasked with surviving the harsh world while eating your way up the ecosystem. Find the right resources and you can grow and evolve far beyond what nature intended, allowing the player to tailor the shark to their play style. Eat. Explore. Evolve.

Shadow of the Tomb Raider (PS4)

Fight, explore, craft and survive amid the dense and perilous jungles of South America in Lara Croft’s biggest adventure to date as you race to save the world from a Maya apocalypse. Gather resources and master the unforgiving terrain. Outgunned and outnumbered, you need to use your surroundings to your advantage; strike from the shadows and use mud to camouflage your presence. Use advanced traversal techniques to reach long-forgotten tombs and negotiate deadly puzzles.

In this action RPG, explore uncharted new lands as you set foot on a remote island seeping with magic, and filled with riches, lost secrets, and fantastic creatures. You’ll have complete freedom to shape your abilities, spells and skills and decide whether to complete objectives with combat, diplomacy, deception, or stealth. Forge this new world’s destiny, as you befriend or betray companions and entire factions.

A pretty darn solid month! Maneater had a lot of technical issues on PS4, but I can confirm the game looks and runs a lot better on PS5. Shadow of the Tomb Raider and Greedfall are also definitely worth trying out for the low, low price of free.