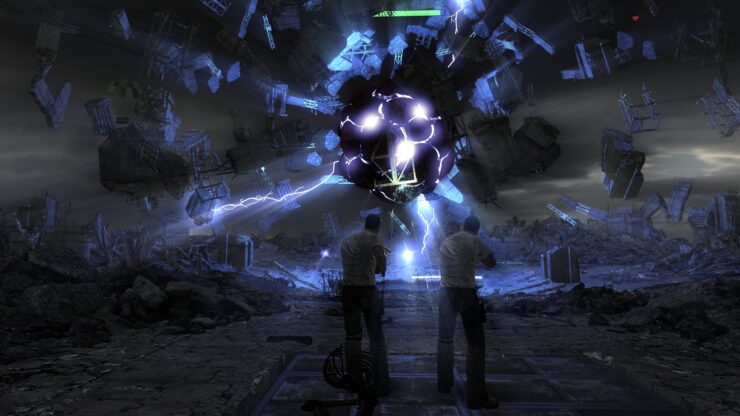 A Serious Sam VR update is being deployed on Steam which adds an online co-op mode, balance tweaks and two new difficulties.

In Serious Sam VR, it is the period of the first Mental War. Earth's defense forces are crumbling under the hordes of the vicious Mental. He managed to break the will of many nations by destroying the ancient shrines of the domestic people. A fearless EDF general, Sam 'Serious' Stone, is leading the resistance from the battlecruiser 'BC Saratoga' in a desperate attempt to save the galaxy.

Serious Sam VR is serious fast action. Get into the fight immediately after choosing one of several missions, drop in and start wreckin' faces. Featuring multiple levels on multiple planets, the bosses you'll encounter in this virtual world are bigger, badder and uglier than you've yet encountered as Sam Stone.

The new co-op mode included in the “Last Hope” update puts players side by side inside the VR simulation of Captain Sam's combat logs with each player controlling one of two virtual-but-deadly versions of Sam Stone to deliver double the damage on Mental's hordes of enemies. Players can jump in and start doling out destruction via either HTC Vive or Oculus Rift or a combination of both.

Serious Sam VR is currently available on Steam via early access for $39.99. The VR title was announced back in June of this year.