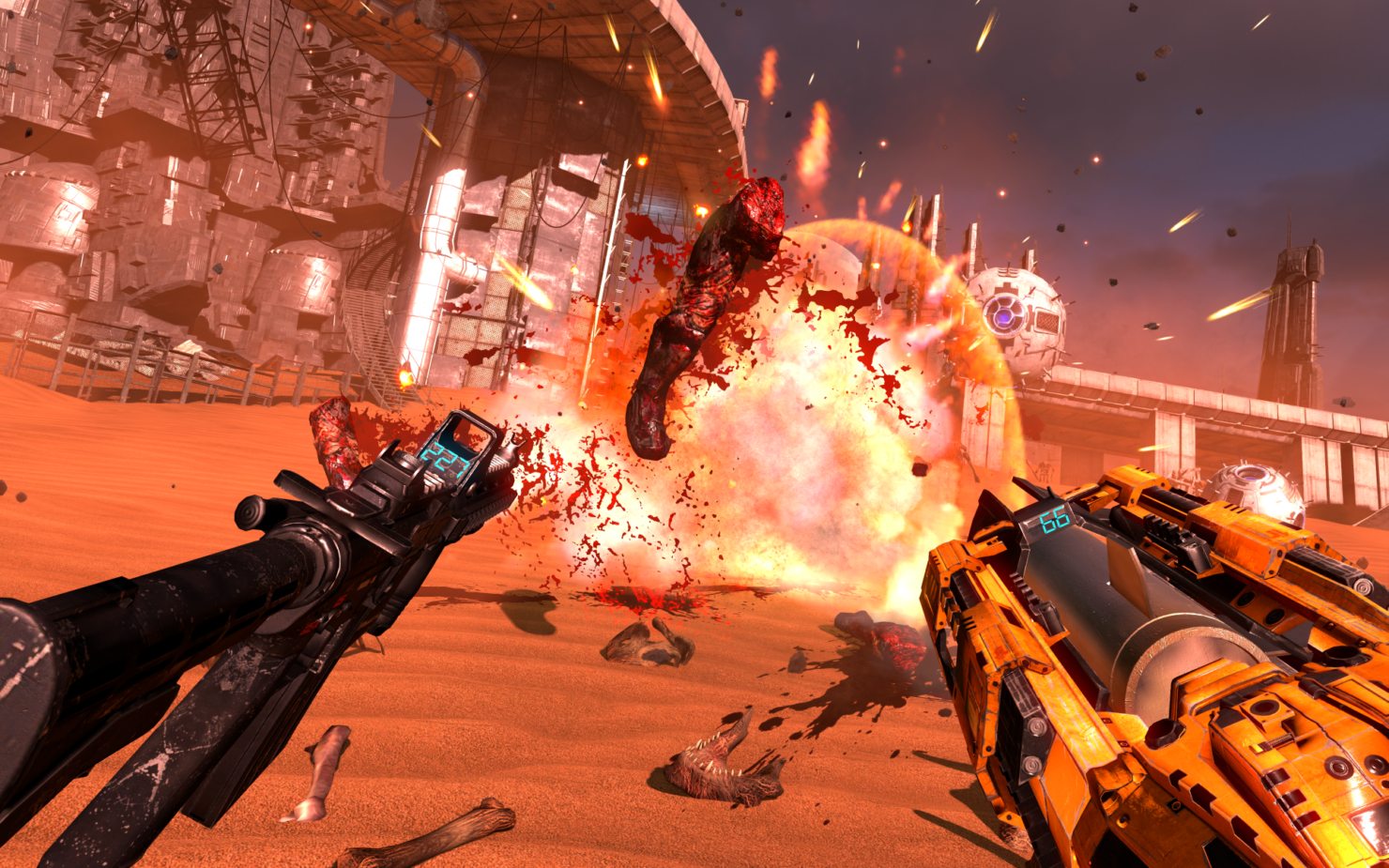 Experience the mayhem and destruction of Serious Sam in full VR. Publisher Devolver Digital just announced that Serious Sam: The Last Hope will be making the plunge into VR and entering Early Access.

The team who made The Talos Principle and Serious Sam veterans, Croteam, will be immersing players into the Serious Same universe and blow it up on the HTC Vive in Serious Sam VR: The Last Hope starting today.

Expect to get dropped into a hostile alien world armed with the ability to dual wield unnaturally large guns and blow away any and everything the evil Mental throws in your way. There are currently two planets in the Early Access build, Earth and Pladeon, where you'll explore forgotten temples, alien monoliths and dangerous deserts.

Croteam is using apt named Serious Engine 4.5 in order to swarm the player with hundreds of enemies at once. The trailer below even shows colossal creatures hoping to make Sam into a pancake. Fans of the franchise will love that John J. Dick will be reprising his role as Serious Sam to deliver his patented one-liners that could rival Duke Nukem.

Croteam's plan is to have Serious Sam VR in Early Access for at least six months before release but community feedback and involvement will guide the development process prior to the full release. Some of the planned features include new bad guys, weapons and worlds.

Serious Sam VR: The Last Hope is currently in Early Access on Steam for the HTC Vive for $39.99. You can save 20% if you pick it up on Steam right now. There is planned support for Oculus Rift + Touch controls when the hardware is released (December 6th, $200 price).