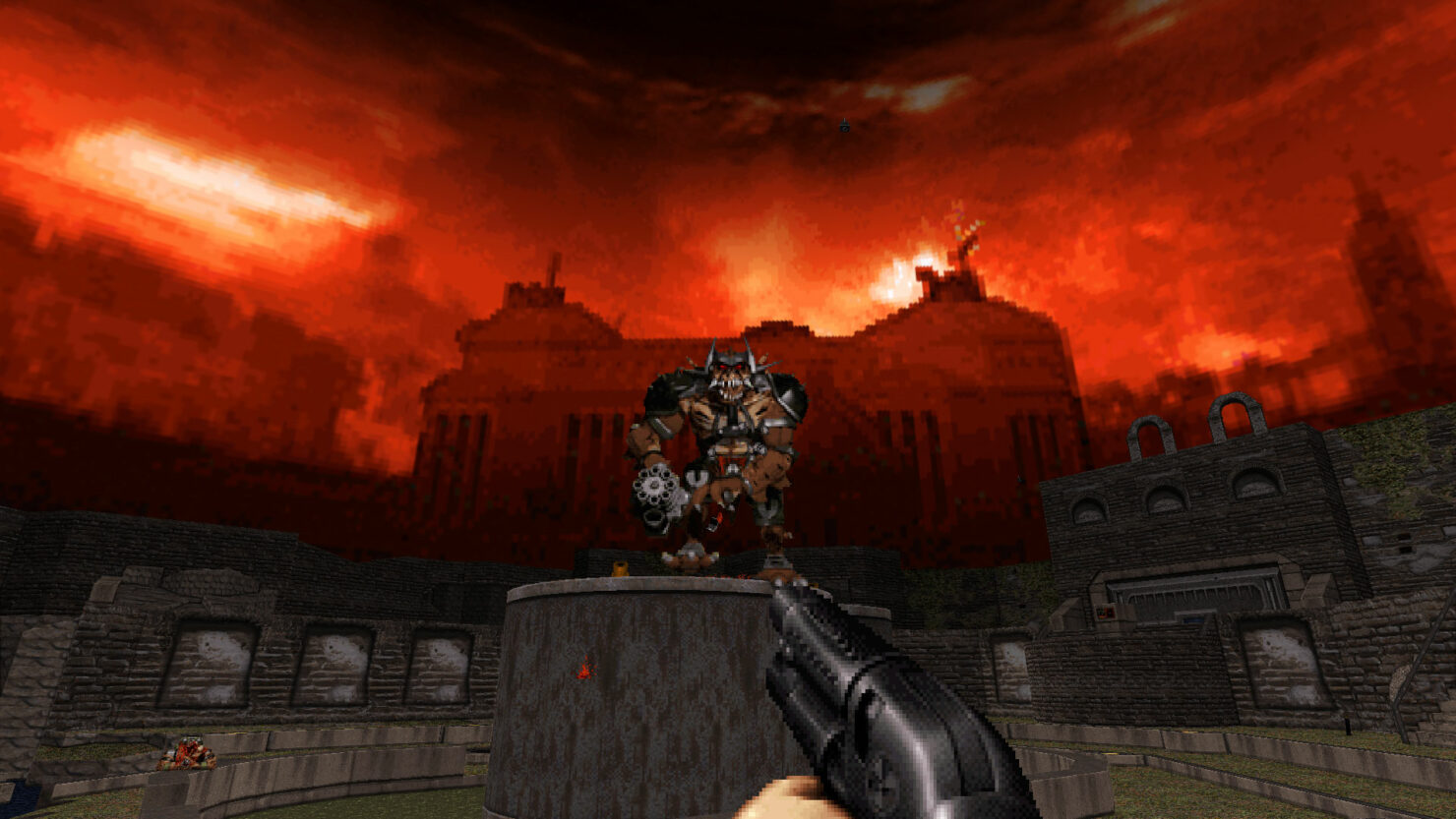 Earlier this month, Gearbox placed a countdown timer on the official Duke Nukem website, which counted down to September 1st, and if recent leaks were to be believed,  a redux version of Duke Nukem 3D would soon be announced to announce the 20th anniversary of Duke Nukem 3D.

As it turns out, these leaks were correct as Gearbox has just announced Duke Nukem 3D: 20th Anniversary Edition World Tour, which will launch on October 11 for PC (Steam), Xbox One, and PS4. Check out the announcement trailer down below:

“Come Get Some!” –  All-new original music composed by Lee Jackson, original author of Duke Nukem’s iconic theme “Grabbag” and sound designer for Duke Nukem 3D, along with new one-liners from the voice of Duke himself, Jon St. John

“When I first moved out to Texas to join the Duke Nukem 3D development team in the mid-nineties, I could not possibly predict that we were all going to be part of the emergence of the 3D First Person videogame genre that would ultimately impact the entire videogame industry,” said Randy Pitchford, President of Gearbox Software. “Making it possible for Allen, Richard, Lee and Jon to all come back together 20 years later to bring a whole new episode to the classic game is just one of those rare and incredible things that I hope will bring joy and happiness to hardcore videogame fans new and old.”

Are you ready ton the FPS that made FPS shooters popular? Leave your comments below.