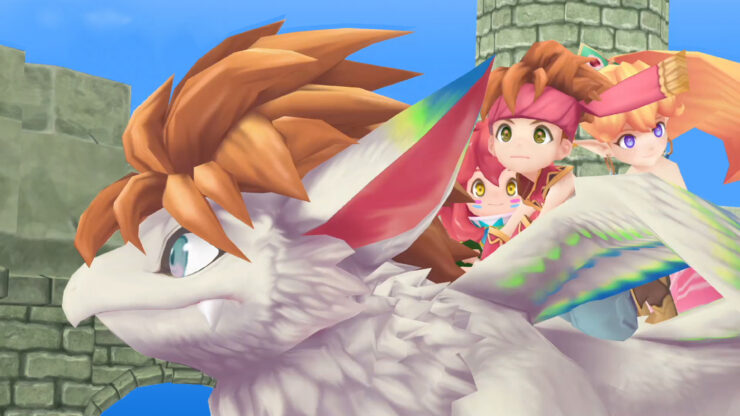 The announcement of a Secret Of Mana Remake not too long ago has been more than one JRPG fan happy, as the game developed by Square Enix is one of the most popular games ever released on the Super Nintendo console. During the Tokyo Game Show 2017, Square Enix has shown more gameplay footage which showcased some brand new features.

The new footage, which can be watched right below, confirmed a rather interesting addition. During select parts of the game, the main characters will have some additional interactions not found in the original game with other characters.

A batch of Secret Of Mana Remake screenshots has also been released earlier this month, showcasing the UI, characters, and locations. So far, the game looks extremely faithful to the original SNES release.

Secret Of Mana Remake will also come with some other additional features not found in the original game, such as full voice acting and a new soundtrack.

The Secret of Mana Remake launches in February 2018 in North America and Europe on PC, PlayStation 4 and PlayStation Vita.