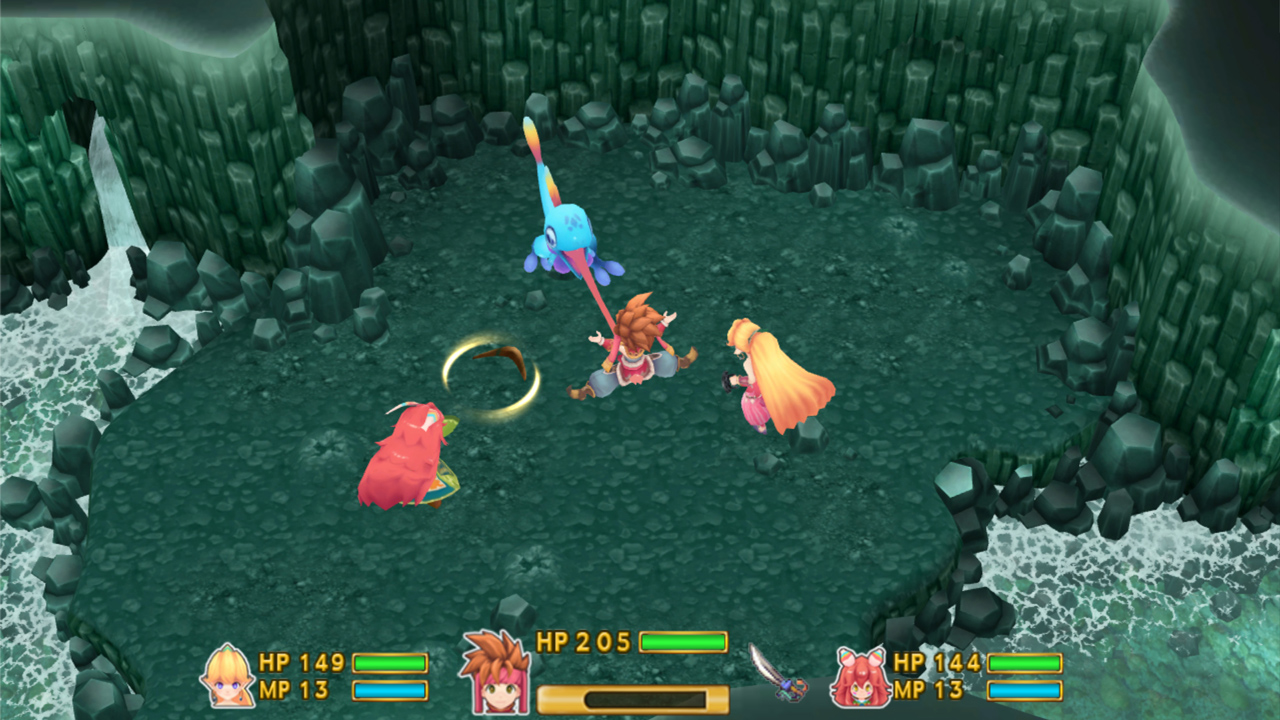 The Secret Of Mana Remake, the upcoming remake of the popular SNES game currently in development for PC and PlayStation consoles, has recently received some new screenshots.

The new screenshots, which can be found below, showcase the game's UI, which looks much simpler in style compared to the original, as well as characters and locations.

Earlier this week, some Secret Of Mana Remake gameplay footage emerged online, showcasing the first 10 minutes of the game, including the first boss, the Mantis Ant. Judging from the footage, the development team is trying to stay as faithful to the original as possible while introducing some neat new features, like the stylish mini-map.

Among the features the Secret Of Mana Remake will retail from the original is the local multiplayer, allowing up to three players to enjoy the game together.

The Secret of Mana Remake launches this February in North America and Europe on PC, PlayStation 4 and PlayStation Vita.