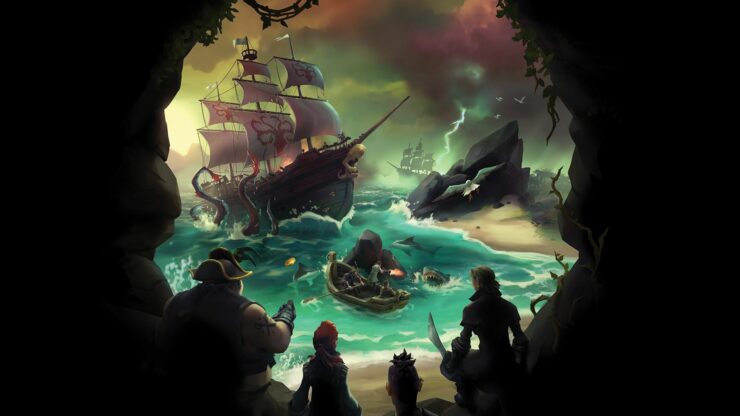 During development it was stated that Sea of Thieves would essentially run on a potato thanks to the included 'Cursed' setting.  The idea was to make the game as accessible to as many people as possible.  A combination of 540p and Cursed would essentially make the game playable most anything modern.  But what about the new Raven Ridge Ryzen Parts?

We built our APU test system dubbed Apollo Ridge for moments like this.  If Sea of Thieves was build to run on a potato, how well could the Ryzen 5 2400G power along this pillaging pirate adventure? That is exactly what we set to find out.  Set sails, catch the wind, and prepare to yell 'shiver me timbers' as we dive in on this one!

This was a quick rundown showing the difference in graphics presets using my workstation, felt this might be a useful reference for those wondering about changes in settings and how they look.