Sea of Thieves Will Have FOV Slider on Xbox One; Preliminary PC Min Spec Shared 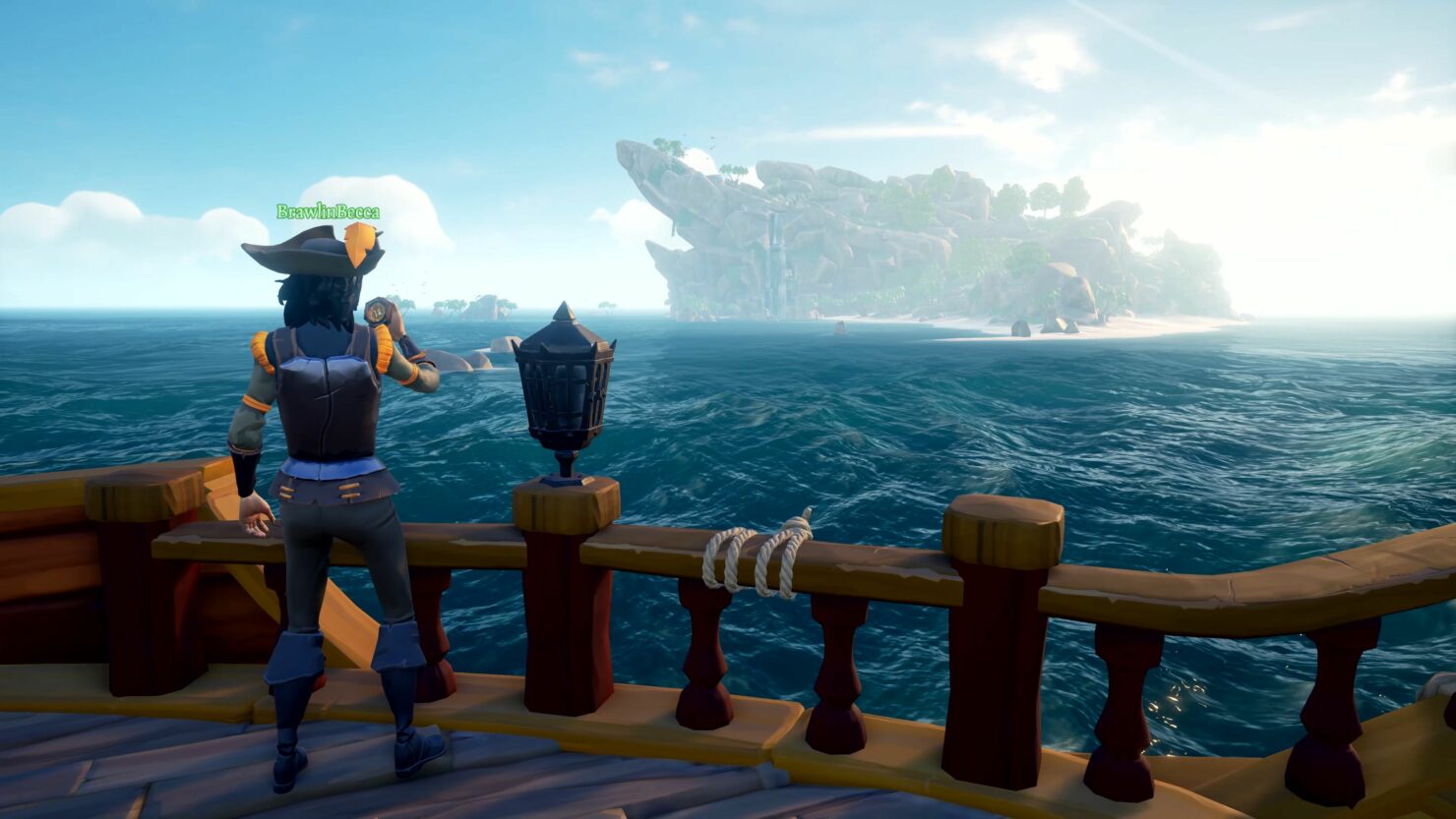 Regarding PC, the developer also explained the process of implementing keyboard rebindings, a highly requested feature in the Sea of Thieves community.

One of the biggest PC expectations is the ability to customise not just the Video Settings, but also the keyboard bindings themselves. We’ve talked very openly about how this is important in our goal of delivering the PC game that players expect, but I thought it would be nice to give a little insight into how we go about implementing a feature of this magnitude.

First we reviewed a whole bunch of games. We don’t need to reinvent the wheel here, but we do want to take all the positives we can learn. Once we have our design, the engineers will look to find the most efficient way of implementing it. This is by no means as simple a task, as we want to factor in things like your keyboard bindings following you across devices so that if you switch from laptop to PC you don’t have to implement them all over again. There’s also a HUGE number of keyboards and keyboard layouts out there, which all need to be taken into account as we want everyone in every region to play on the keyboard type they own.

Once we’re all up and running, I then sit down with the UI team to blockout a wireframe flow. This isn’t about the looks at this stage, the important part is that it’s fully interactable and allows us to get a feel for how it flows. 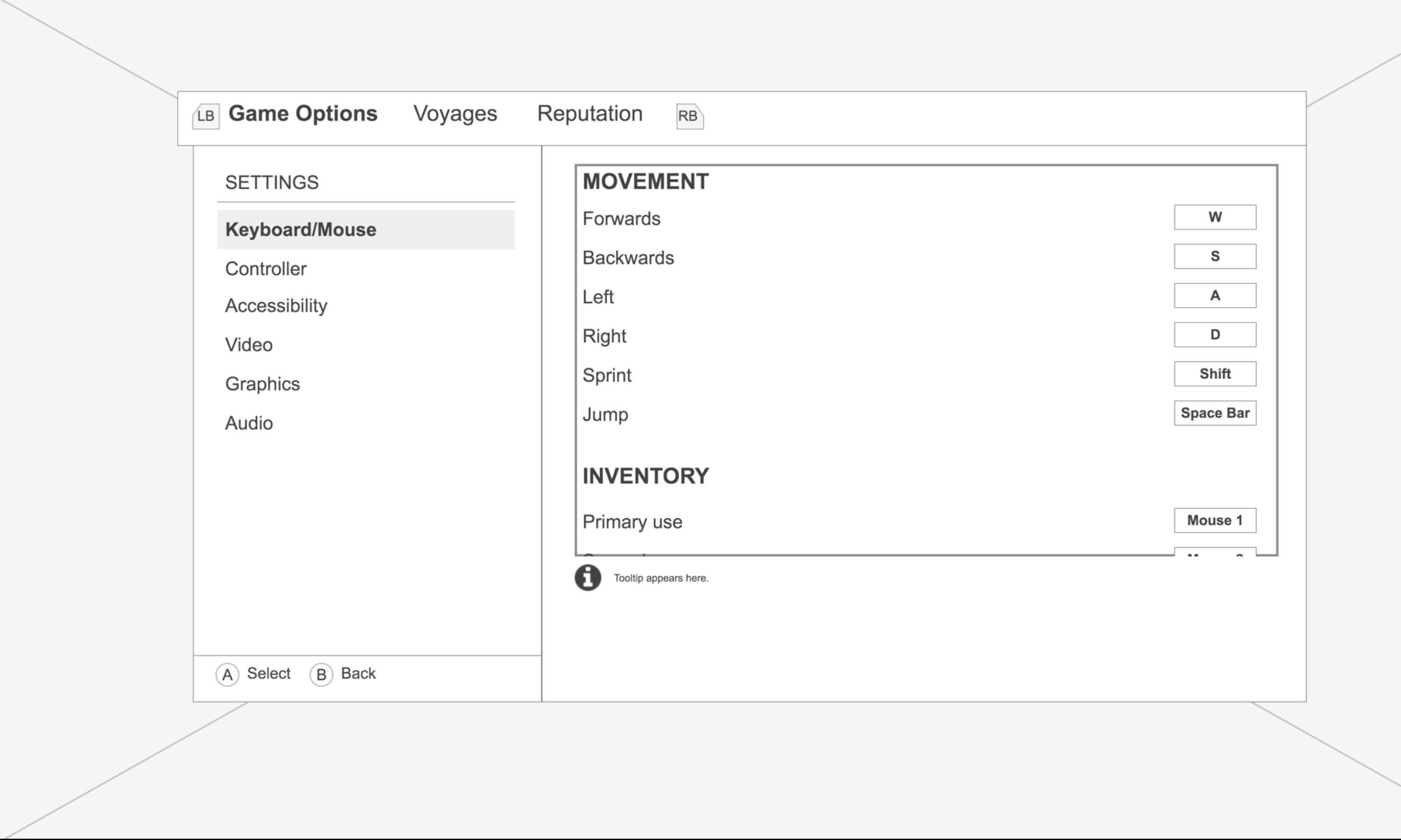 Once we’re happy with the wireframe, it will be concepted in 2D by an artist, which in this case is made easier by the fact we already have a style made for the settings screen, and then we’ll get onto the implementation itself.

Finally, Rare confirmed that their internal Xbox One build now features a Field-of-View (FOV) slider as part of their ongoing effort to maintain balance and parity across platforms (since crossplay will be enabled in the full game). This feature will be unlocked for testers once the developers are happy with the performance (increasing the FOV value also makes it more taxing for the hardware).

Sea of Thieves, which has been recently hyped by Microsoft's general manager of Global Games Publishing Shannon Loftis as a potential "scene-changer", is still scheduled to launch in early 2018.

If that release window is respected, we might have larger beta tests before the year's end.