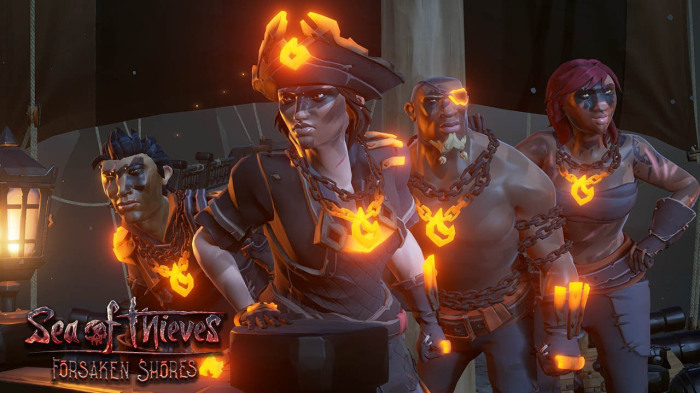 Microsoft has slightly delayed the Sea of Thieves Forsaken Shores DLC to ensure delivery of a stable, polished and bug-free experience.

The third expansion for Sea of Thieves was initially slated for a release tomorrow, but Microsoft and Rare have now decided to delay its release by one week to September 26th.

Joe Neate, executive producer on the game, explained the decision to delay the DLC on the official Sea of Thieves forums.

“Our priority is to ensure we deliver a stable, polished and bug-free experience that all our players can enjoy”, he wrote. “We have just had a weekend of Pioneer testing, which has highlighted a memory issue in the build, which is resulting in an unstable build where a large number of our Pioneers were experiencing crashes. From our investigations this is a complex issue that we are working through solving, but as such we do not feel in a position to release Forsaken Shores to our players with confidence this week.”

The team’s goal is to resolve the memory issue and test out the new builds prior to releasing it to the public.

“Our goal this week is to resolve the memory issue and get enough Pioneer coverage so that we are confident we have resolved the issue, prior to releasing to all of our players. As such, we are moving the release of Forsaken Shores to Thursday 27th September. This will give us time to implement fixes, test, and get builds out to Pioneers to gain confidence.”