Organ transplants are no doubt one of the hardest surgeries that doctors have to perform. What makes this entire process even more complicated is that not many donors are found and very often there is a huge risk that the immune system will reject the organ. This is extremely risky as it can lead to a massive immune reaction against the foreign organ. Among the most risky transplants is the heart transplant.

The growth of the heart

Researchers have been involved in various researches to help overcome the problem of organ shortages and recently a team of scientists at the Massachusetts General Hospital and Harvard Medical School came up with an interesting solution. They used adult skin cells to regenerate a completely functional human heart tissue! This is according to the study that was published in the journal, Circulation research. The scientists wish to grow a completely ‘new’ heart from the patient’s tissue but they haven’t yet reached such advanced levels.

Why is this? Well it’s pretty simple, really. Organs have very complex structures and to completely copy the entire thing is very difficult. It’s easier to grow a tissue in a lab by using scaffolding on which cells can grow. The scientists initially used a technique that involved a detergent solution to get cells from the donor organ that could set the immune system off. Initially the study was done on mouse hearts but the most recent research was done on human hearts. 73 donor hearts were used in the study. Researchers used adult skin cells and used a messenger RNA technique to convert these cells into pluripotent stem cells. These cells formed the basis of two types of cardiac cells. 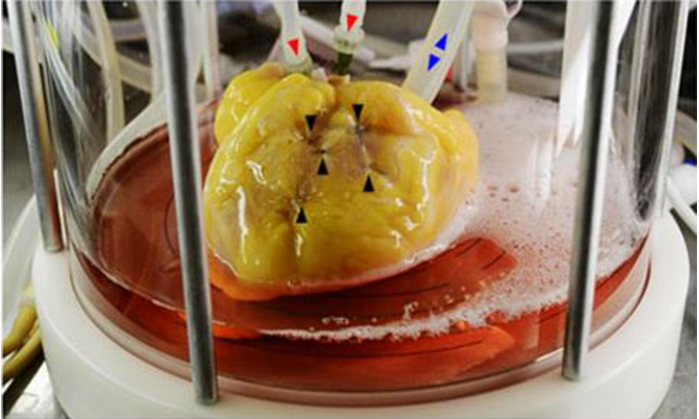 An electric shock and we're all set

Once the matrix had been set up and ensured that it would be able to provide a strong foundation to the new cells, the newly formed cardiac cells were put into the matrix. For about two weeks the hearts were infused with a nutrient solution and were exposed to varying conditions that a heart may experience during its lifetime. Once these two weeks were over, it was observed that the tissue was well formed and looked very similar to the natural human heart. Once this synthetic heart received an electric shock, they started beating like the natural heart does.

You may be surprised but this isn’t the first time that scientists have tried growing a heart in labs but this is the closest that science has ever been in growing a heart. According to the researchers, they still have a long way to go. According to one of the researchers they plan on improving the base cells as a real heart requires billions of them. They still have to figure out how to mature cells more quickly and providing a more life like ‘experience’ to the synthetic heart while it is being tested. Researchers are however, very hopeful that they will soon be able to produce real, customized hearts for patients in need in the future.