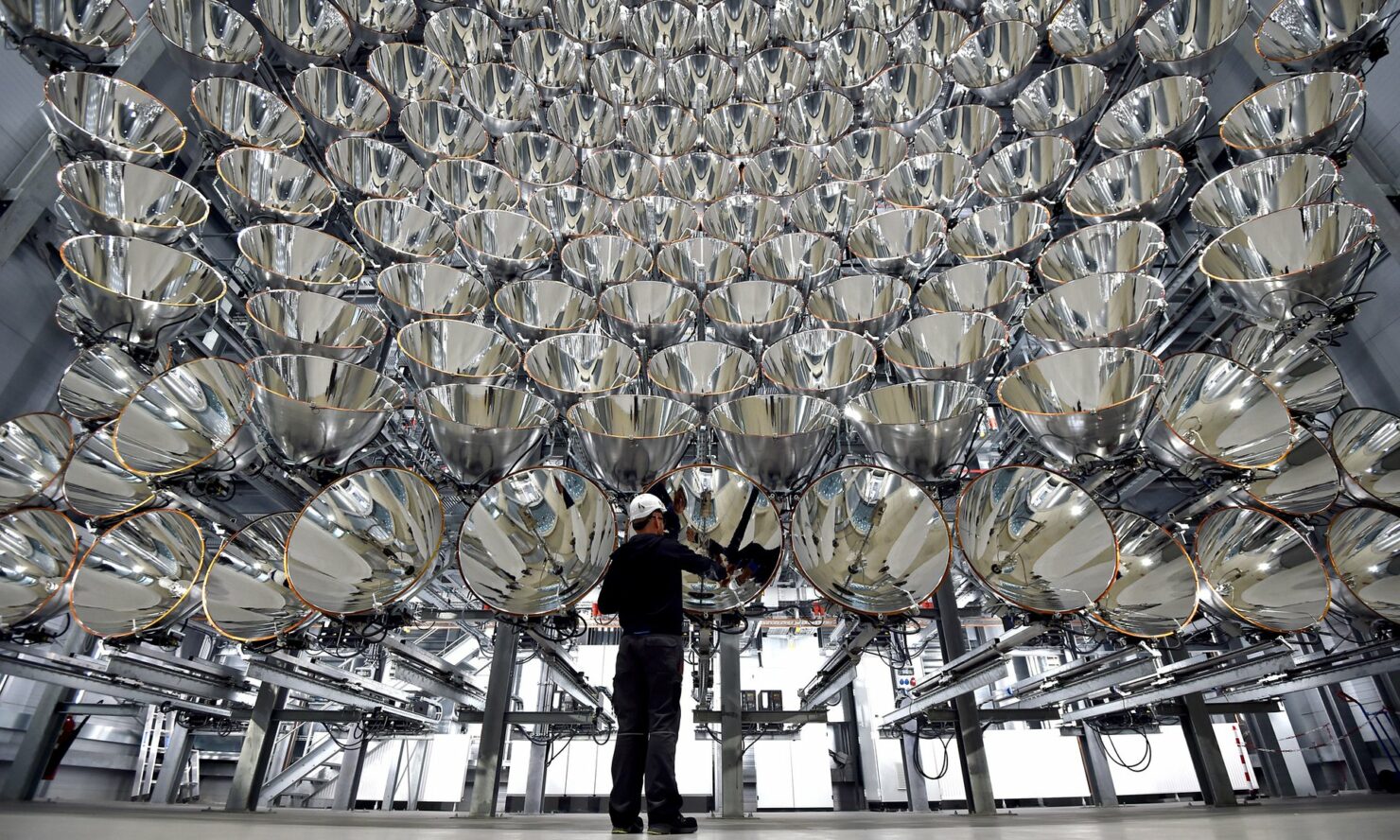 With the world now focusing more and more on green energy, scientists from the German Aerospace Center (DLR) are now figuring out a way to generate hydrogen. In fact, they already have by using movie theater lights.

Hydrogen is a potential green energy source which does not release greenhouse gases when burnt. There is one drawback though. Hydrogen does not occur naturally on our own planet. We have to break down water to get it.

The Synlight project and hydrogen production

The German scientists are experimenting with this process under the Synlight project. The Synlight project basically aims to convert water molecules into its components: hydrogen and oxygen. The Synlight array consists of 149 arc lamps, which are mostly used in cinematic lights. The lights are set up in a honey comb pattern which are focused on an 8-inch by 8-inch patch.

That concentration of light hitting that space is about 10,000 times as intense as natural light, generating temperature as high as 3500 degree centigrade.

“If you went in the room when it was switched on, you’d burn directly,” said Prof Bernard Hoffschmidt, a research director at the German Aerospace Center.

The process is similar to the already established solar power stations which use mirrors to concentrate sunlight to heat up water to generate electricity. Except that with this, we get to produce hydrogen fuel.
The Synlight experiment currently uses a vast amount of energy for its operation. How much? Well, it is comparable to the energy utilization of a 4-person household throughout one yearn, not to mention it also costs $3.8 million. That’s a lot considering energy efficiency. But scientists hope that in the future, natural sunlight will be used to degenerate water into hydrogen in a carbon neutral way.

“We’d need billions of tonnes of hydrogen if we wanted to drive aeroplanes and cars on CO2-free fuel,” said Hoffschmidt. “Climate change is speeding up so we need to speed up innovation.”