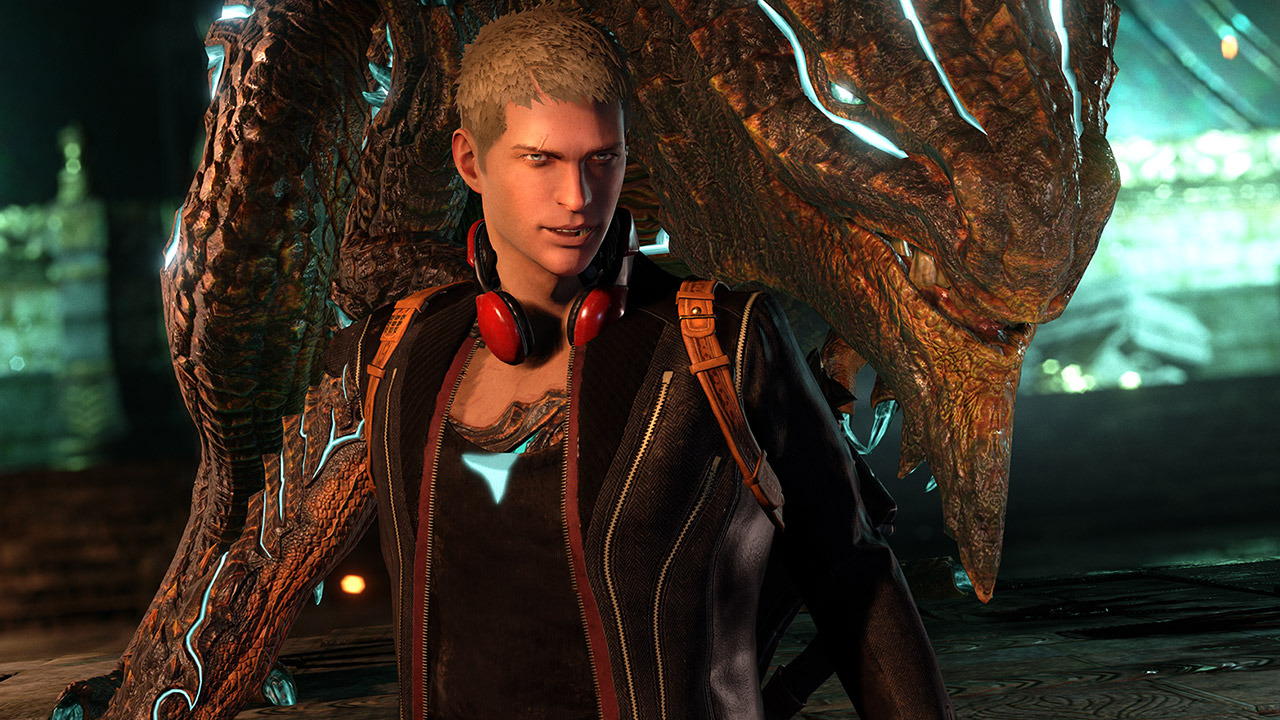 UPDATE: Scalebound's official fact sheet confirms that the game will run at 1080P on Xbox One and up to 4K on Windows 10 PC. There's also a bunch of new screenshots embedded below.

Overview: In Scalebound, the next great adventure from critically-acclaimed developer PlatinumGames and renowned Game Director Hideki Kamiya, you will experience the journey of a young loner, Drew, who is pulled into the strange, beautiful and dangerous world of Draconis. There Drew is bonded to a fearsome and noble dragon, Thuban, the last of his kind. These two lone-wolf heroes thrown together by fate must learn to fight as one to defeat the powerful enemies that threaten Draconis, Earth and a vast universe of parallel worlds.

Adventure on your own or join friends to explore the world of Draconis, complete custom quests and battle massive creatures together, alongside your dragons.* Dynamically-generated quests create new objectives based on play style and user activity.

Forge your own adventure as you traverse across the vast world of Draconis, brought to life through a distinct, vibrant art style and stunning visuals at 1080p resolution on Xbox One and up to 4K on Windows 10. Defeat enemies to help the world flourish and gain access to unique items.

Customize your Hero and Dragon

Choose the armor and weapons that best match your play style. Select your favorite dragon (winged serpent, four legged tank – and more) and then evolve your companion’s unique abilities and attacks as well as its appearance. In co-op, you can customize your dragon and play style to create unique combat strategies with other players.

Shared Progression across Xbox One and Windows 10

“Scalebound” supports cross-save between Xbox One and Windows 10, so you can seamlessly switch between devices and pick up where you left off.

ORIGINAL STORY: During Microsoft's E3 2016 Briefing, it was announced that Scalebound will be launching on Windows 10 as well as Xbox One.

Afterwards, Creator Hideki Kamiya introduced a video of cooperative gameplay in what Kamiya described as the biggest boss fight ever conceived in videogames.

Scalebound, an action RPG by Platinum Games, is scheduled to launch in 2017.